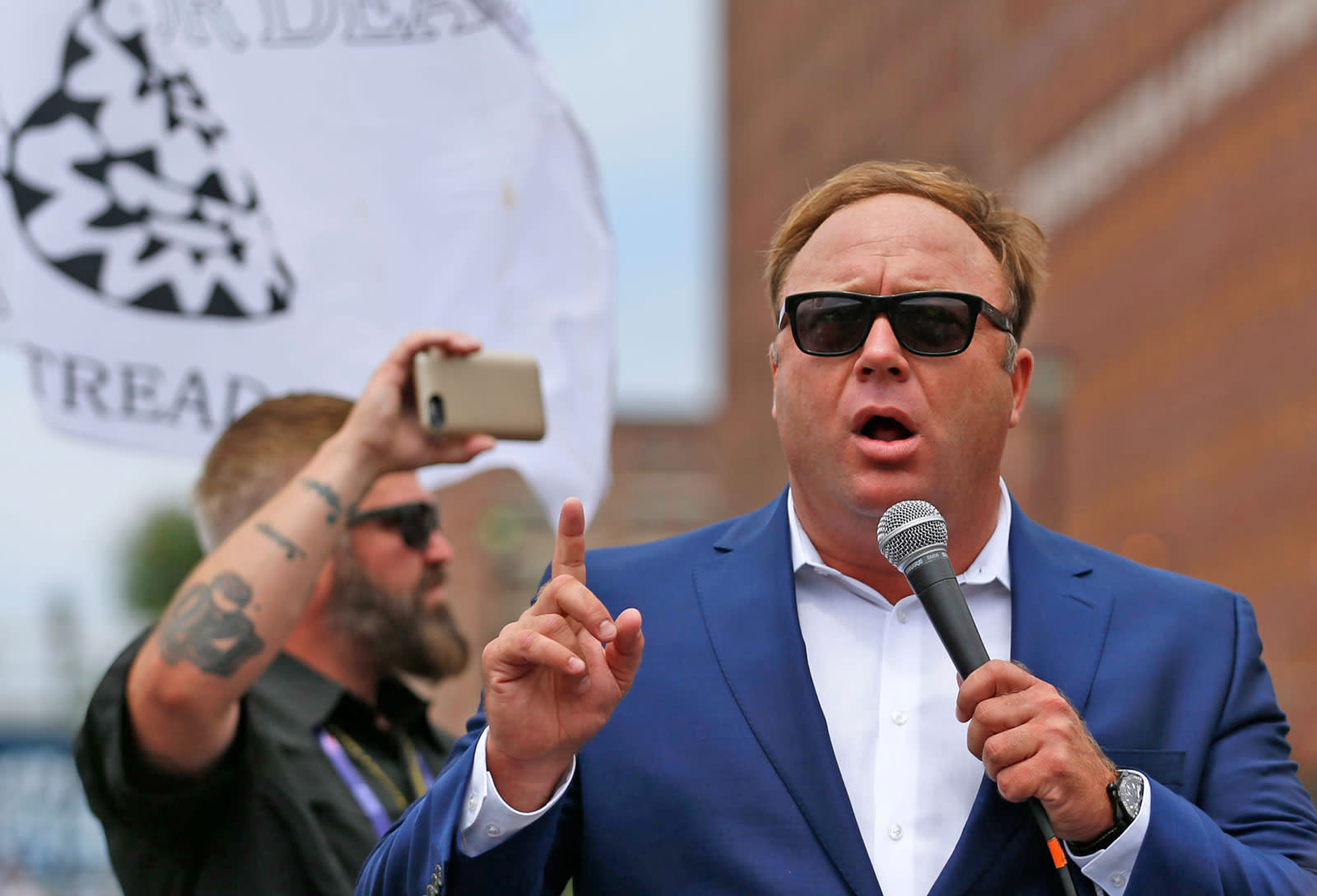 Apple is the latest company to crack down on Alex Jones' controversial news site InfoWars. On Sunday, the tech giant removed five of the six podcasts streamable on its iTunes and Podcast apps, revealing to Buzzfeed that it "does not tolerate hate speech" on its platform.

As a result of the termination, iTunes users will no longer be able to search for InfoWars podcasts in the directory. The only podcast still available is The Real News with David Knight.

Last week, Spotify censored several InfoWars podcasts in response to community criticism, and confirmed to Engadget that the podcasts were in breach of its hate speech policy. Earlier today, they joined Apple in removing all of Jones' content from their platform. Online radio service Stitcher took similar measures, scrapping InfoWars podcasts from its platform following a review which determined Jones had "harassed or allowed harassment of private individuals and organisations".

The bans also extend to YouTube, where last month multiple videos from The Alex Jones Channel were taken down due to community guidelines violations. Facebook initially adopted a more defensive stance, with CEO Mark Zuckerberg telling Recode "as abhorrent as some of this content can be, I do think that it gets down to this principle of giving people a voice", but later flipped its decision and slapped Jones with a 30 day suspension for breaking community standards.

In this article: alexjones, apple, infowars, ios, itunes, podcast, politics, streaming, tomorrow
All products recommended by Engadget are selected by our editorial team, independent of our parent company. Some of our stories include affiliate links. If you buy something through one of these links, we may earn an affiliate commission.
Share
Tweet
Share