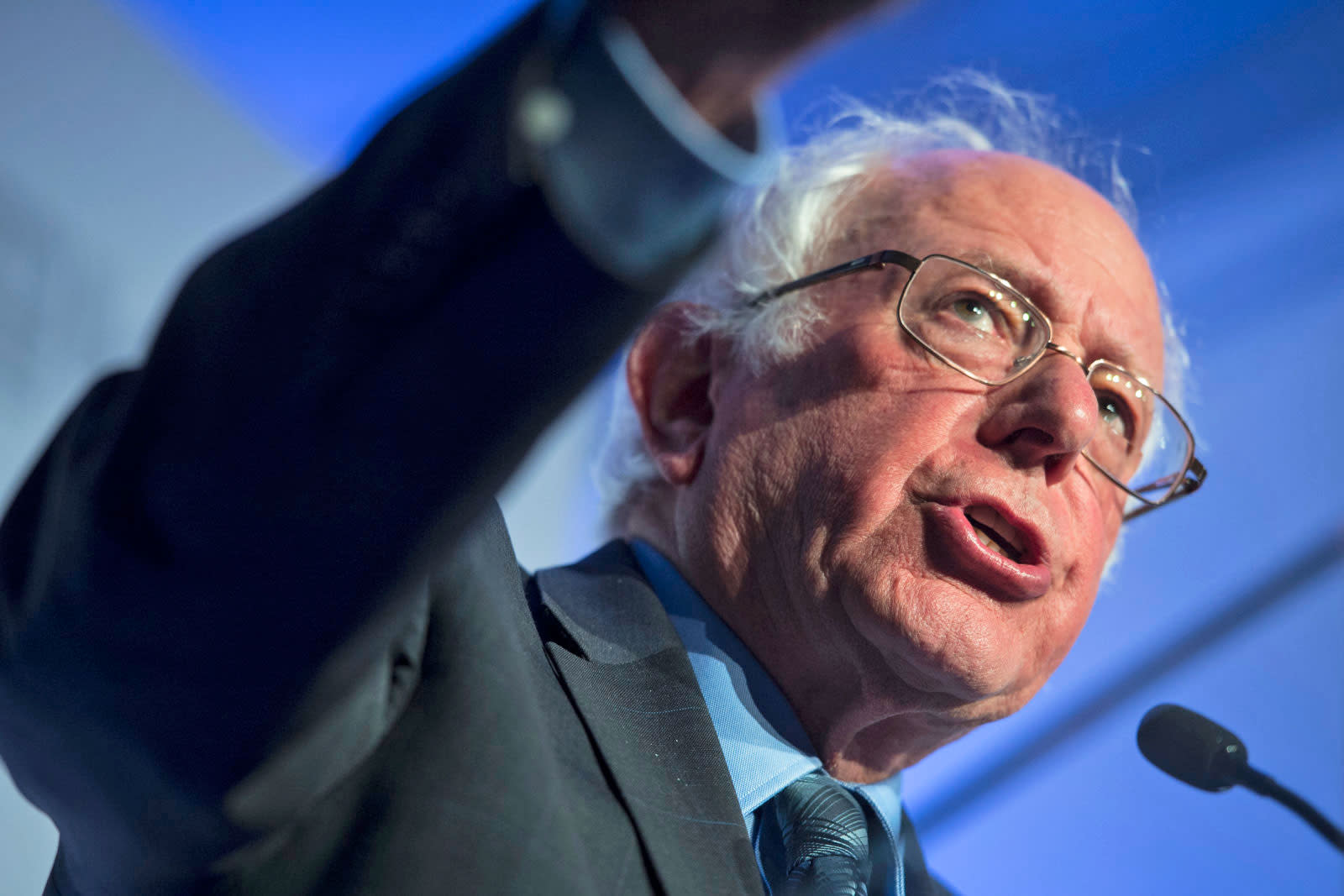 Critics have frequently accused Amazon of underpaying warehouse employees to the point where staff must live on food stamps and other government subsidies, and there's now a Senate bill that puts some added weight behind that criticism. Senator Bernie Sanders has introduced the Stop Bad Employers by Zeroing Out Subsidies Act (aka the not-so-subtle Stop BEZOS Act), a measure that would place a 100 percent tax on the government assistance workers receive at companies with over 500 employees. If an Amazon staffer had to live in public housing, for instance, the internet giant would have to either foot the bill or pay the person well enough that they didn't need help.

Sanders introduced the legislation alongside California Representative Ro Khanna, who produced an equivalent House bill. The two characterized it as kicking "billionaires off welfare," arguing that taxpayers were effectively subsidizing Amazon, Walmart and others who allegedly refused to pay living wages. The politicians also pointed out that both companies were run by some of the richest people in the US -- they can't argue that low pay is due to necessity. Main Street Alliance director Amanda Ballantyne, meanwhile, said that the pay had a knock-on effect for communities and small businesses.

Amazon declined to comment on the Act, although the company has already accused Sanders of distorting its treatment of workers. It claimed that workers using the SNAP food program either only worked for Amazon a short while or chose to work part time, and said that a median salary for American full-time staff was slightly higher than Sanders had indicated ($34,123 versus $28,446). It didn't explain the motivations for people who left quickly or didn't work full time, however.

Whether or not Sanders has a case, the bill still has a long way to go. Even if it passes the Senate, the House bill appeared to be in committee limbo as of this writing. There's also the question of whether or not President Trump would sign a bill into law. While Trump has a public grudge against Amazon and might sign a bill that would punish the company, his administration has historically opposed high taxes for corporations. Regardless of its fate, the act might work if it pressures Amazon into improving pay.

In this article: amazon, berniesanders, bill, congress, gear, government, internet, jeffbezos, law, politics, rokhanna, senate
All products recommended by Engadget are selected by our editorial team, independent of our parent company. Some of our stories include affiliate links. If you buy something through one of these links, we may earn an affiliate commission.