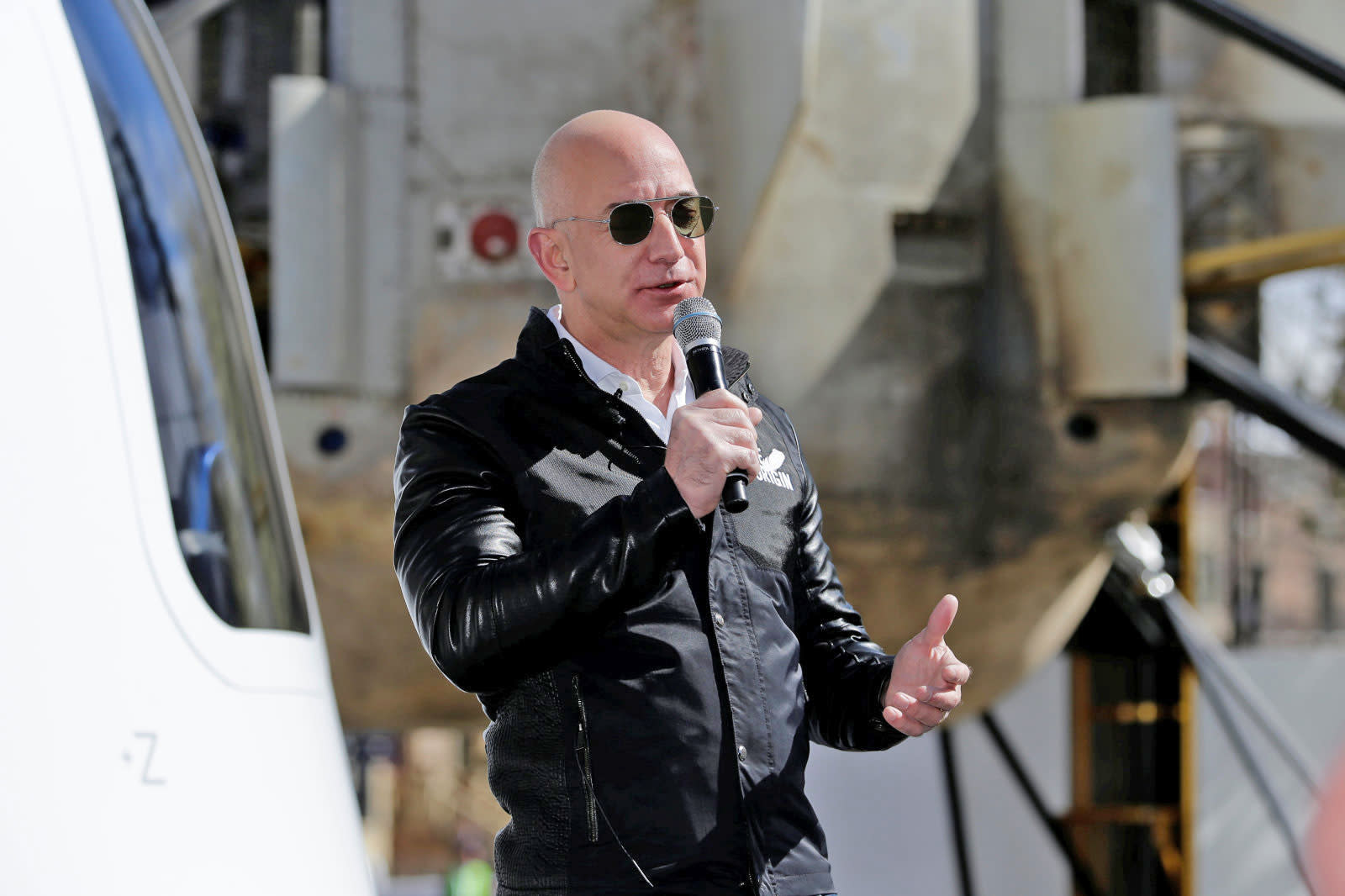 Jeff Bezos has been one of the world's wealthiest people for a while, but he's now set a new record: he's the wealthiest person in recent history. The Amazon founder's net worth has topped $151 billion according to Bloomberg's Billionaires Index, making him not only the world's richest person as of this writing (former frontrunner Bill Gates is worth $95.3 billion), but the richest in modern times. If you adjust for inflation, Gates would have been worth $149 billion for a brief period in 1999.

Bezos accomplished the feat largely through Amazon's success, as you might guess, and there was uncanny timing as he reached the milestone right on a (somewhat glitchy) Prime Day. However, the chief executive is also known for investing in a myriad of businesses. His control of the Washington Post is well-known, but his Bezos Expeditions venture fund has also poured money into companies ranging from tech mainstays like Airbnb, Google and Twitter through to more diverse firms like Juno Therapeutics.

The achievement isn't exactly cause for celebration under some of those under Bezos' wing. Amazon warehouse workers across Europe are on strike over both low pay and poor working conditions, and those concerns are far from new. The National Council for Occupational Safety and Health recently determined that Amazon was one of the most dangerous places to work in the US, pointing to the deaths of seven warehouse workers as well as high injury rates and overwork. Amazon has previously claimed that it has "highly competitive pay" and that it's improving its safety practices, but critics haven't bought those arguments. If Bezos can afford to privately fund Blue Origin's space tourism, they argue, why is it a stretch for him to pay for better wages and working conditions among his warehouse staff?

This isn't to say Bezos hasn't been willing to give to people in need. He has contributed to philanthropic causes in the past, and last year was even asking for suggestions on Twitter. However, his new wealth milestone is bound to raise further questions about his spending. Gates is a distant second to Bezos at the moment in part because of his large, ongoing donations to charitable pursuits (such as tackling extreme poverty), and there could easily be calls on Bezos to do the same.

In this article: amazon, business, gear, internet, jeffbezos, richestman, wealth
All products recommended by Engadget are selected by our editorial team, independent of our parent company. Some of our stories include affiliate links. If you buy something through one of these links, we may earn an affiliate commission.