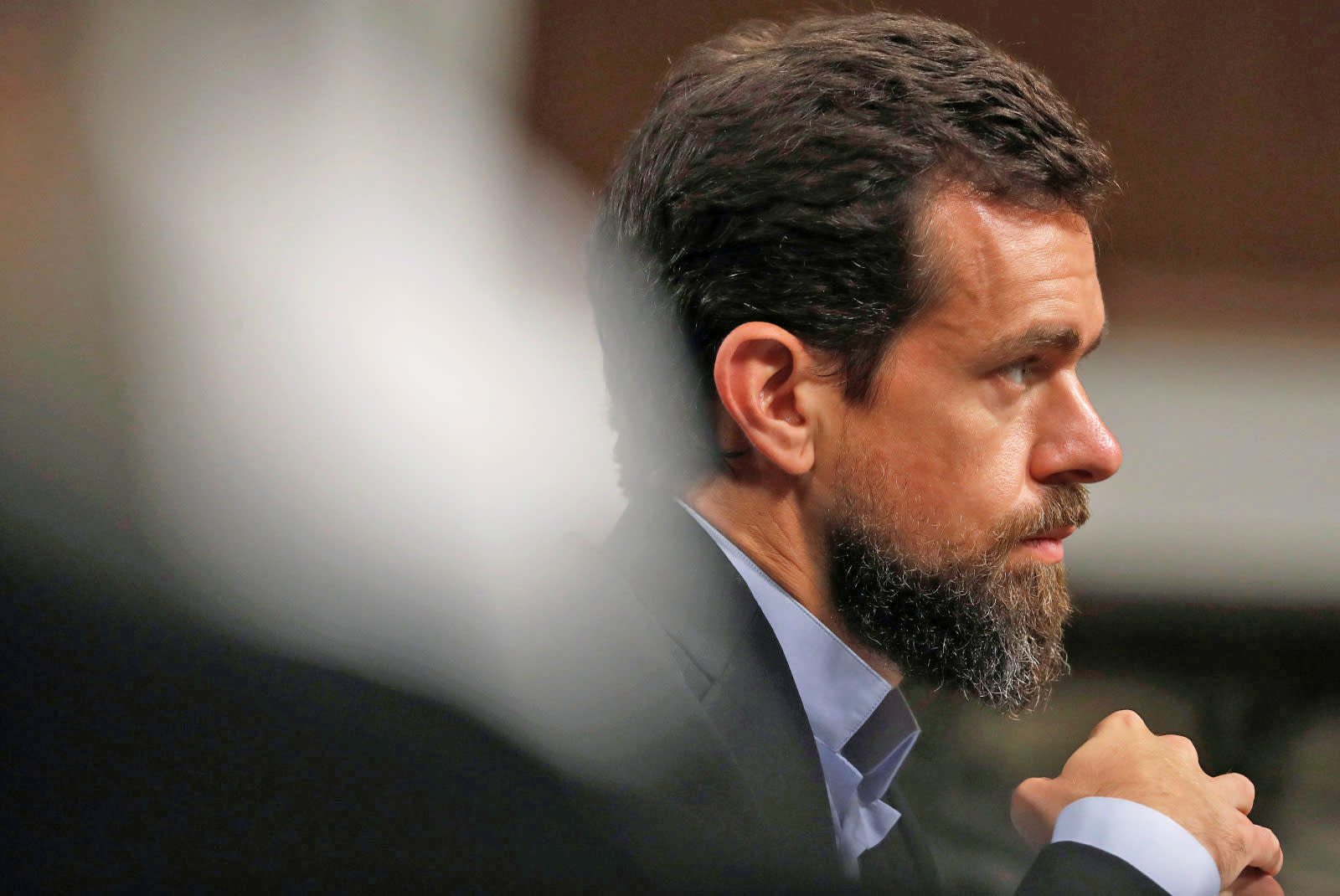 As part of his testimony before the Senate Intelligence Committee today, in a hearing titled "Foreign Influence Operations' Use of Social Media Platforms," Twitter CEO Jack Dorsey said that his company is exploring the idea of a transparency report for suspended accounts. He said that, while details of what this document would look like or what information exactly it could include are still being worked out, it's something that's heavily on his mind. Twitter already has a bi-annual transparency report which discloses how many accounts it removes for promoting terrorism, and Dorsey said doing something similar for suspended accounts would only be a matter of figuring out its implementation.

Similarly, the Twitter co-founder and boss told the Intel Committee that it's also thinking about labeling bot accounts that people interact with, after being pressed by Senator Warner (D-VA) about the amount of automated accounts on the service. "We can certainly label accounts that come through [our] API," Dorsey said, "where it becomes tricky is accounts trying to act like a human. As long as we can spot, we can label them -- it's an idea we've been considering." In a separate hearing, in front of the House Energy and Commerce Committee, Dorsey said that Twitter is working on a transparency report on abuse, as well, which will be released later this year. He also committed to a civil rights audit.

This is all part of Twitter's efforts to become more transparent with its users, Dorsey told the committees, something he feels the company can do a better job of going forward.

In this article: abuse, bot, bots, business, civilrights, congress, facebook, gear, hearing, internet, jackdorsey, politics, senateintelligencecommittee, services, social, socialmedia, suspendedaccounts, transparencyreport, twitter
All products recommended by Engadget are selected by our editorial team, independent of our parent company. Some of our stories include affiliate links. If you buy something through one of these links, we may earn an affiliate commission.