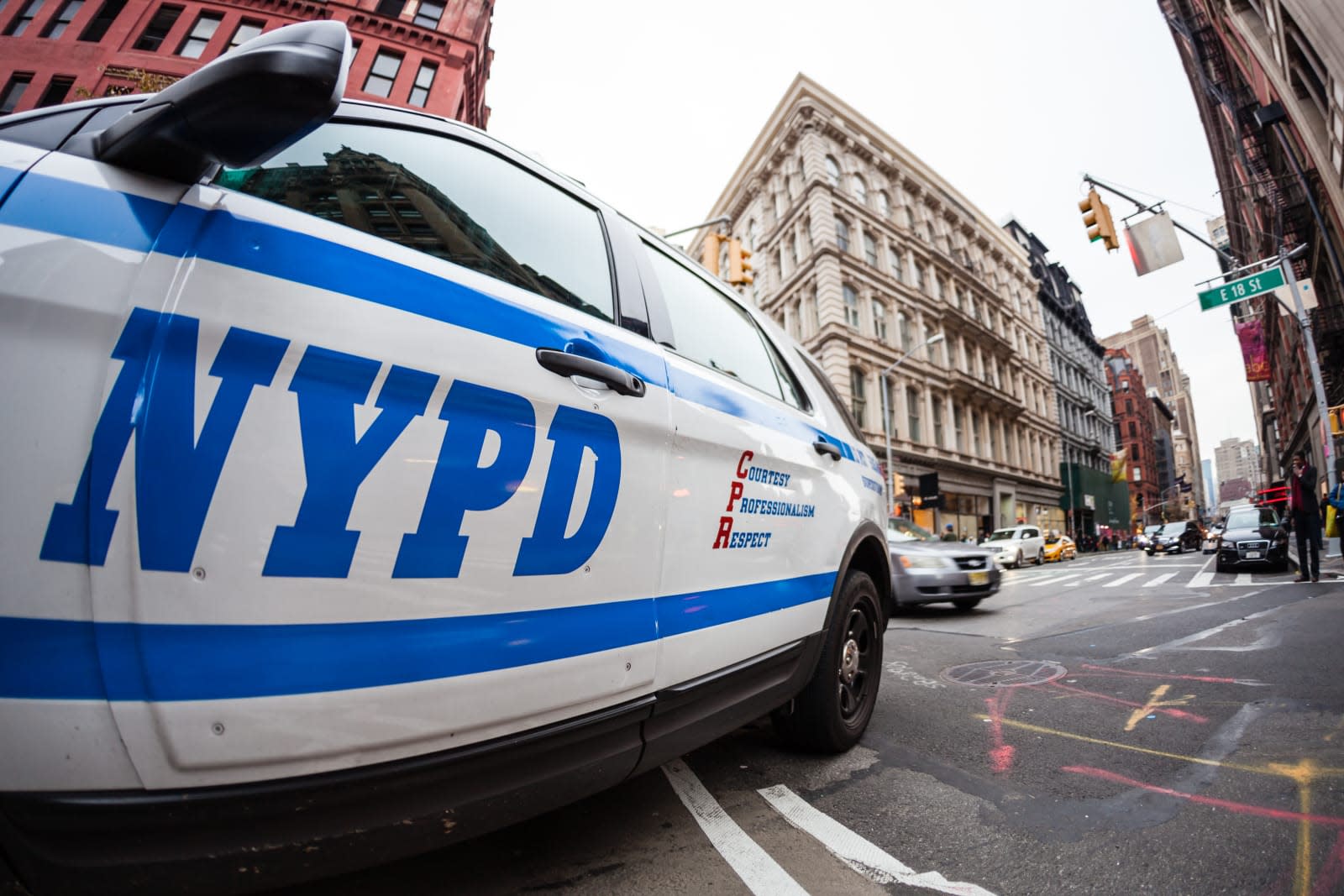 It's not a secret that the NYPD has been using facial recognition tech, though the details of the program have been kept under wraps. Now, The Intercept has learned that IBM developed the technology for the NYPD using police camera footage. The fact that the company had access to these thousands of images of New Yorkers, taken from fewer than 50 of 512 total cameras, was not made public previously. Using these secret images, IBM was able to create a program that searches camera footage by identifiers such as clothing color, hair color, facial hair and skin tone.

When The Intercept asked the NYPD for comment on the program and providing IBM with police camera footage, the department responded as follows: "Video, from time to time, was provided to IBM to ensure that the product they were developing would work in the crowded urban NYC environment and help us protect the City. There is nothing in the NYPD's agreement with IBM that prohibits sharing data with IBM for system development purposes. Further, all vendors who enter into contractual agreements with the NYPD have the absolute requirement to keep all data furnished by the NYPD confidential during the term of the agreement, after the completion of the agreement, and in the event that the agreement is terminated."

The counterterrorism unit of the NYPD had access to a prerelease version of the program in 2012 and were able to test its features. However, by 2016, the NYPD decided not to install it widely. IBM's analytics software was phased out after that and is no longer in use.

The question here is why wasn't the development of this software, and the agreement between the NYPD and IBM, made public? After all, IBM was given access to police body camera imagery and video. Privacy experts argue that New Yorkers have a right to know where, when and how their images are being used, especially when it comes to handing them over to a private company to create surveillance technology.

In this article: cameras, facialrecognition, gear, ibm, nypd, security, surveillance
All products recommended by Engadget are selected by our editorial team, independent of our parent company. Some of our stories include affiliate links. If you buy something through one of these links, we may earn an affiliate commission.