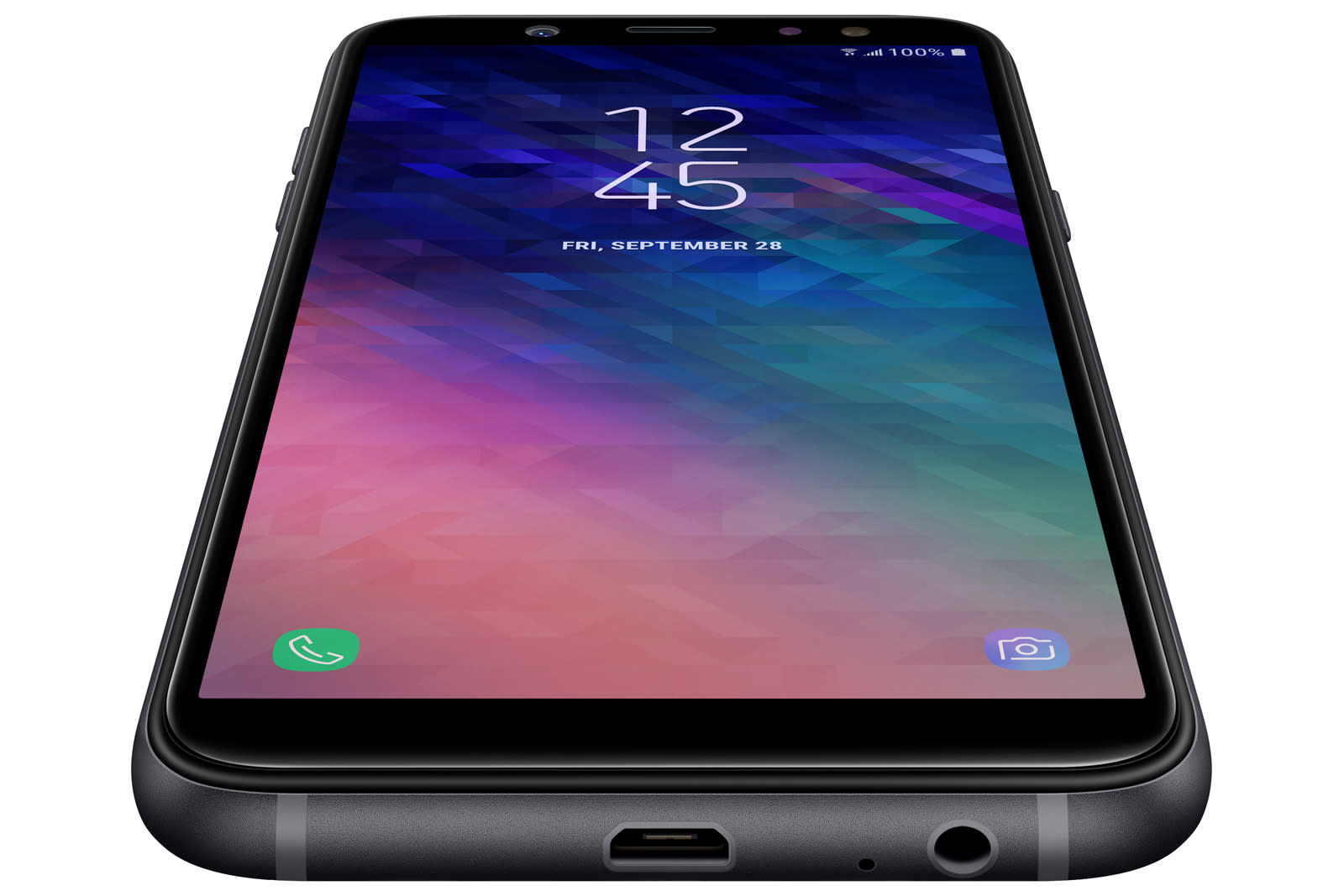 Competition among mid-range mobile devices hasn't been particularly fierce in the US as of late. Outside of value-for-money phones like the Moto G6, the focus has remained squarely on premium gear. Samsung might just spice things up a bit with its latest additions, however. It's launching the latest versions of two mid-tier gadgets, the Galaxy A6 and Galaxy Tab A, in the US. While neither will make you think twice about picking up a Note 9, they aren't just the usual watered-down devices -- the A6 in particular (above) might raise an eyebrow.

The so-so 1.6GHz Exynos 7884 chip, 3GB of RAM, 32GB of expandable storage and Android 8.0 Oreo won't blow you away (seriously, Samsung, new devices should be running at least 8.1 by now). However, you do get a tall 5.6-inch 1,480 x 720 display and a hefty 3,000mAh battery that could last all day with this kind of hardware. And the cameras are unusually potent for this class. You're looking at a 16-megapixel rear shooter with a bright f/1.7 aperture, while the 16MP front cam's f/1.9 aperture promises solid selfies.

Both devices launch stateside through Samsung on September 14th at fairly alluring prices -- you're looking at $360 for an unlocked Galaxy A6 (it'll reach carriers later), and $330 for the Galaxy Tab A. While they might not be immediate attention-getters, they could serve as a much-needed middle ground between pokey entry-level gear and the top-flight hardware that's frequently overkill for everyday users. In this article: android, galaxya6, galaxytaba, gear, mobile, samsung, smartphone, tablet
All products recommended by Engadget are selected by our editorial team, independent of our parent company. Some of our stories include affiliate links. If you buy something through one of these links, we may earn an affiliate commission.