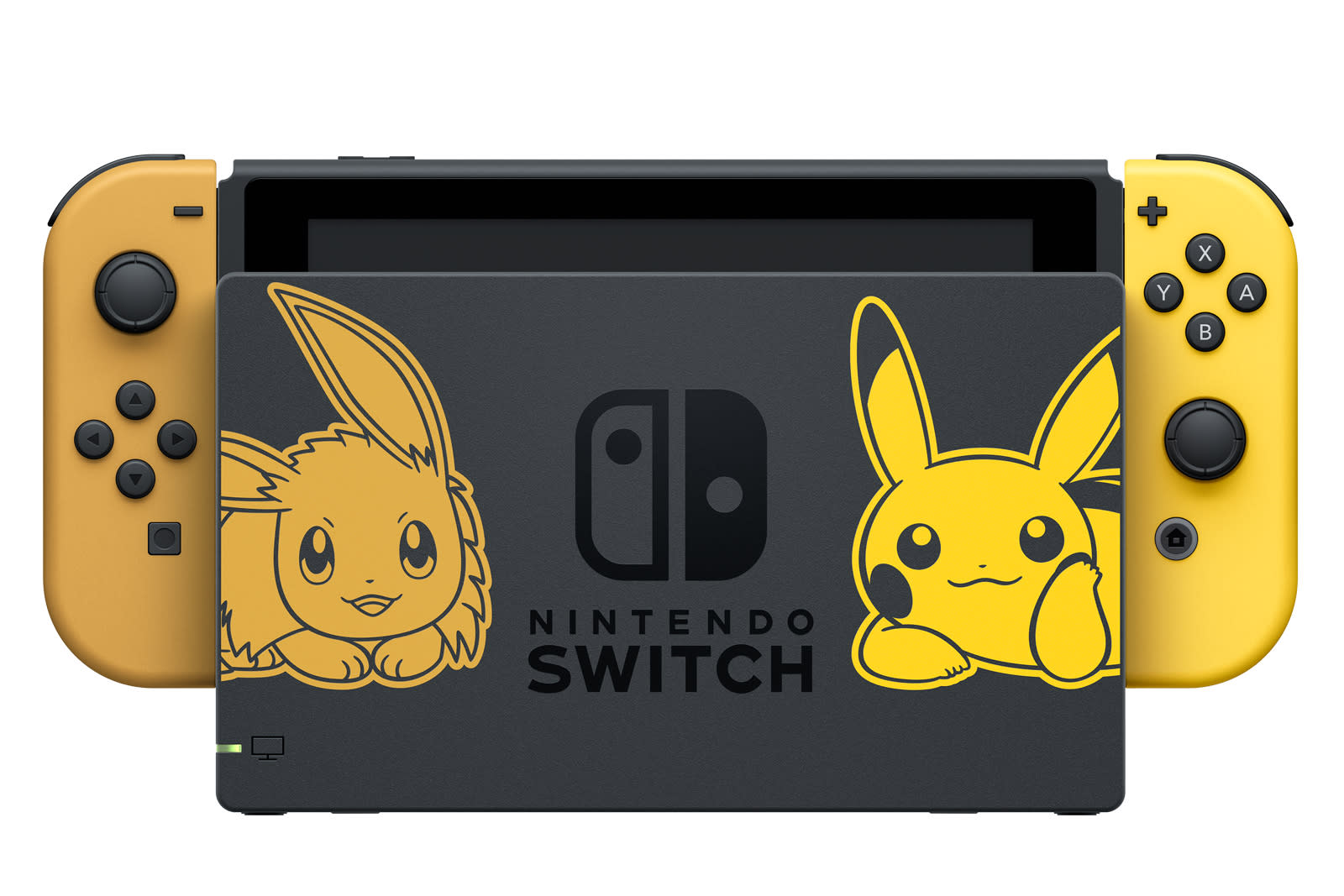 Unless you live in Japan (or won a Labo contest), you haven't had access to a special-edition Switch that's been customized top to bottom. Nintendo is about to change that: it's releasing two Pikachu & Eevee Edition Switch bundles that cover the entire console in Pokémon-themed artwork to go with the Let's Go games (one of which is pre-installed with each bundle). On top of Pikachu- and Eevee-colored Joy-Cons, you'll find the two critters in silhouette form on the back of the system and featured prominently on the dock. Combine this with an included Poké Ball controller and it's safe to say this is the Switch to get if Pokémon represents more of a lifestyle to you than a mere game.

There's one main problem: you might have a hard time finding one (or not -- see update below!). As of this writing, Nintendo had only confirmed November 16th launches in Europe and Japan. We wouldn't rule out a North American debut, but you may have to be patient if you insist on owning a Pokémon-themed Switch without jumping through hoops to get it.

Update: As we suspected, Nintendo of America has since confirmed the bundle is coming to the US. It's now listed on the company's site at $399.99, including a copy of your Let's Go of choice and the Poké Ball controller.

In this article: av, bundle, console, games, gaming, gear, letsgoeevee, letsgopikachu, nintendo, pokeballplus, pokemon, pokemonletsgo, switch, video, videogames
All products recommended by Engadget are selected by our editorial team, independent of our parent company. Some of our stories include affiliate links. If you buy something through one of these links, we may earn an affiliate commission.