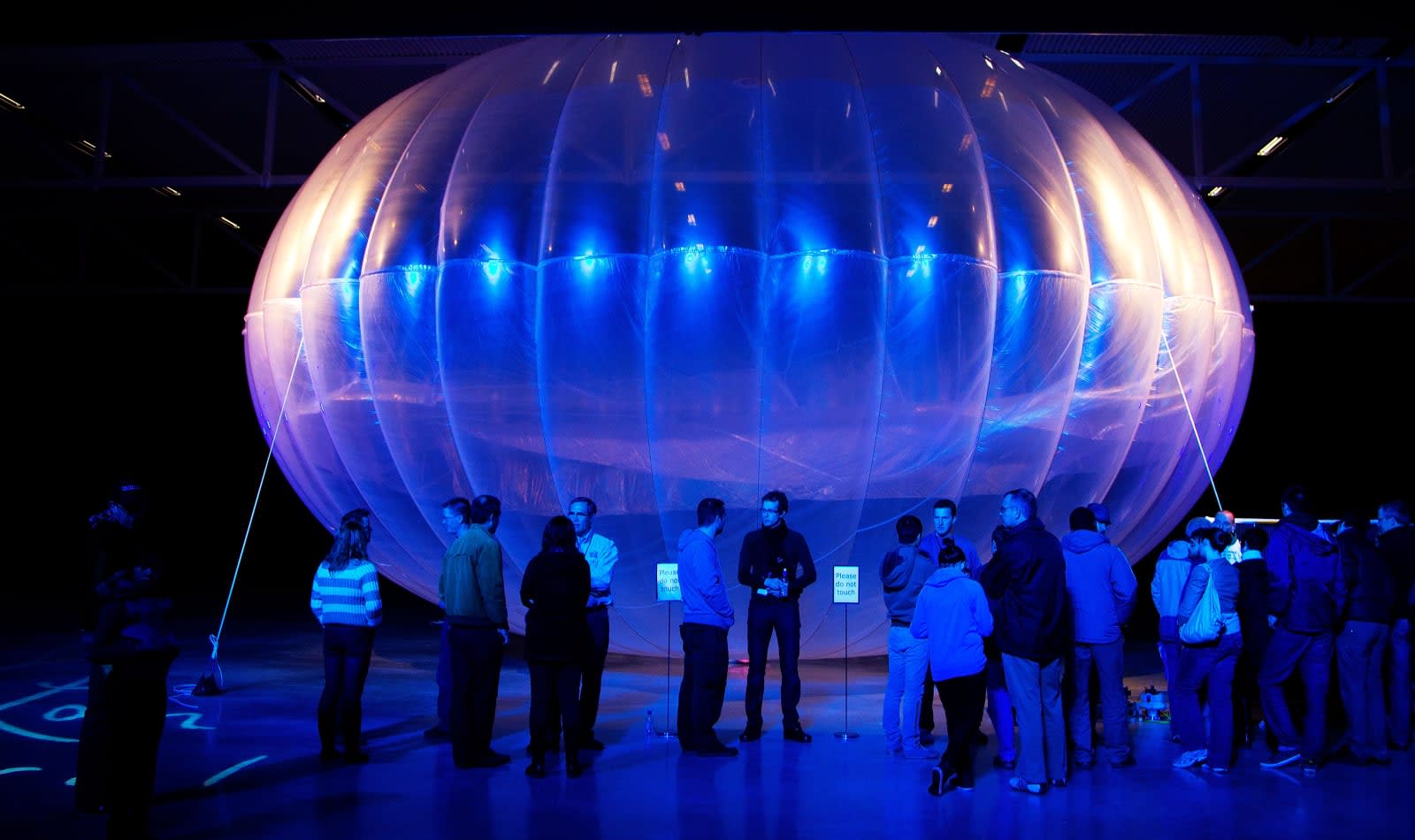 Mere months after shedding its "project" moniker, Google's internet-by-balloon moonshot, Loon has hit another milestone. Last month, the tech juggernaut pushed data packets across seven of its balloons at a distance of nearly 1,000 kilometers. Previously, the record was 100 kilometers across two balloons, according to a Medium post from Loon.

And as far as point-to-point goes, where one lone balloon connects to another directly, the outfit broke its previous 100km record for that too, and pushed data over 600km. Loon says that's its longest point-to-point link thus far. Speaking of Loon's special antennas: "Their accuracy is equivalent to throwing a ball 100 meters and landing it in a wastebasket. In this case, however, the wastebasket was in constant motion in the stratosphere." Cool.

The net benefit here is that Loon is essentially creating a floating mesh network for delivering internet connectivity. Rather than daisy-chaining from the first balloon and then the last after the initial ground-based connection, the balloons in between those are fully capable of broadcasting a signal as well.

That's the sort of thing Loon is after -- and needs to have in place -- if it plans to start charging for the service next year.

In this article: connectivity, gear, google, internet, loon, projectloon, TL18ABCD, tomorrow
All products recommended by Engadget are selected by our editorial team, independent of our parent company. Some of our stories include affiliate links. If you buy something through one of these links, we may earn an affiliate commission.