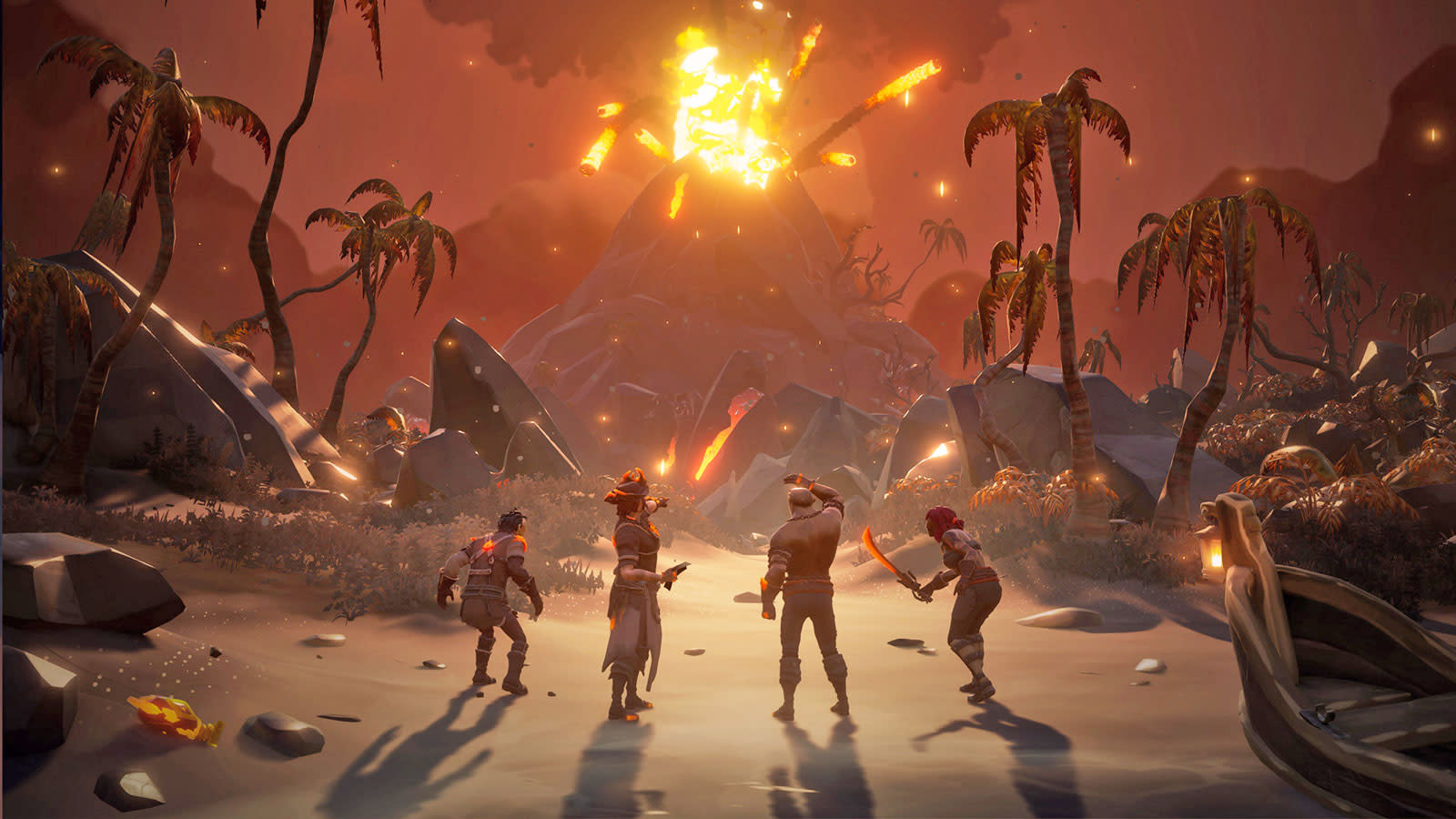 You might want to rethink your plans if you expected to swashbuckle your way through Sea of Thieves' "Forsaken Shores" DLC this week. Rare has pushed back the release from September 19th (just over a day away as of this writing) to September 27th. A weekend playtesting session discovered a "complex" memory glitch that led to crashes for many players, and it's going to take a while to both fix the bug and test it with volunteers in the Pioneer program.

Rare wanted to be sure it could release the "Forsaken Shores" update with "confidence," according to the team's Joe Neate.

The free DLC is arguably the biggest yet for Sea of Thieves, adding a new region (The Devil's Roar) and a new mission type (Cargo Runs). As such, a smooth release is important. Gamers have complained that Sea of Thieves, as fun as it can be, only has so much you can do. The last thing Rare wants to do is frustrate players right as it's adding the kind of content that could keep them engaged for a long while.

In this article: av, forsakenshores, games, gaming, microsoft, personal computing, personalcomputing, rare, seaofthieves, videogames, windows, xboxone
All products recommended by Engadget are selected by our editorial team, independent of our parent company. Some of our stories include affiliate links. If you buy something through one of these links, we may earn an affiliate commission.