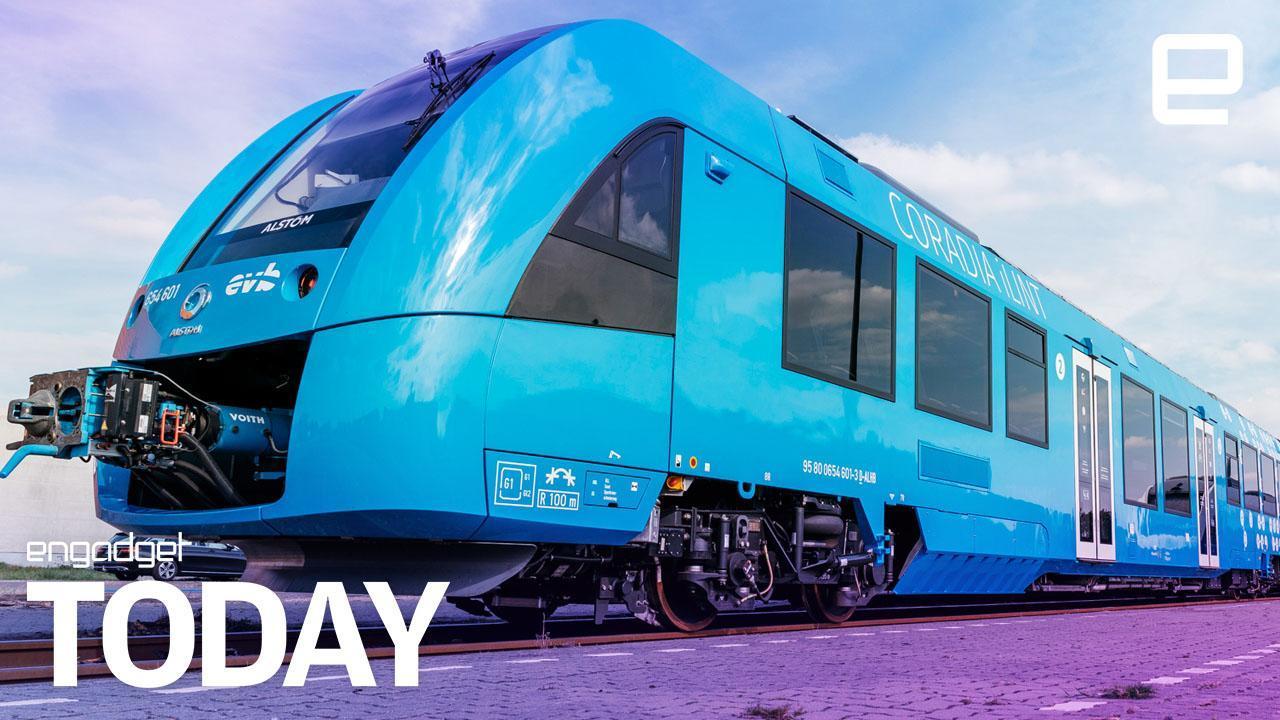 The world's first (and second) hydrogen-powered trains have entered service in northern Germany, marking the start of a new era for sustainable travel. Two Coradia iLint trains, made by Alstom, have begun working the line between Cuxhaven and Buxtehude just west of Hamburg. Until now, the nearly 100km-long line has been serviced by diesel trains, but will now play host to near-silent engines.

We wrote the first iLint prototype at Alstom's German facilities earlier this year, and found the experience not to dissimilar to that of a diesel train. That is, however, the point, Alstom has made the vehicles so that they operate in the same way as the existing fleet to avoid any culture shock for passengers and crew. Except that they need to refuel their 1,000km capacity tanks at a dedicated H2 fueling station located at Bremervorde.

Rather than a diesel tank powering an engine, the iLint trains are more like a Toyota Mirai in their construction. A hydrogen tank feeds a fuel cell that generates energy, which is then pushed to an electric drivetrain. A very small battery helps maintain power continuity, as well as storing energy saved from regenerative braking.

The fuel cell itself sits close to the middle of the train, where one unit joins onto the other, and should be almost totally silent. In the prototype we rode, the cell's housing wasn't insulated, and you could hear the slightly unsettling noises that the system made. Train nerds and horror fans might want to sit close to the middle and try and listen for the weird screeching noise, because it's the only sound the vehicles make.

Railways need a clean energy revolution, but the obvious solutions may not work as well as you might expect. Electrification is the obvious choice, but the costs are prohibitive, especially on regional lines that may not have the passenger volumes. Batteries have their own issues, with their heavy weight and high cost making it difficult, right now, to make them cost effective. Not to mention that the heavier your train is, the more power you need to push it, which leads to a need for more batteries, and so on.

Hydrogen's strong energy density and relative ease of generation and transportation makes it ideal for heavy loads. And while its currently not a clean material, the hope is that companies can push towards creating H2 with 100 percent renewables in the future. And demand will increase, as Alstom has pledged to deliver at least another 14 trains to the local German railway operator by 2021.

In this article: Alstom, AOLoriginals, Coradiailint, DailyShow, Engadget, EngadgetToday, EngadgetVideo, Entertainment, gear, Germany, hydrogen, transportation
All products recommended by Engadget are selected by our editorial team, independent of our parent company. Some of our stories include affiliate links. If you buy something through one of these links, we may earn an affiliate commission.