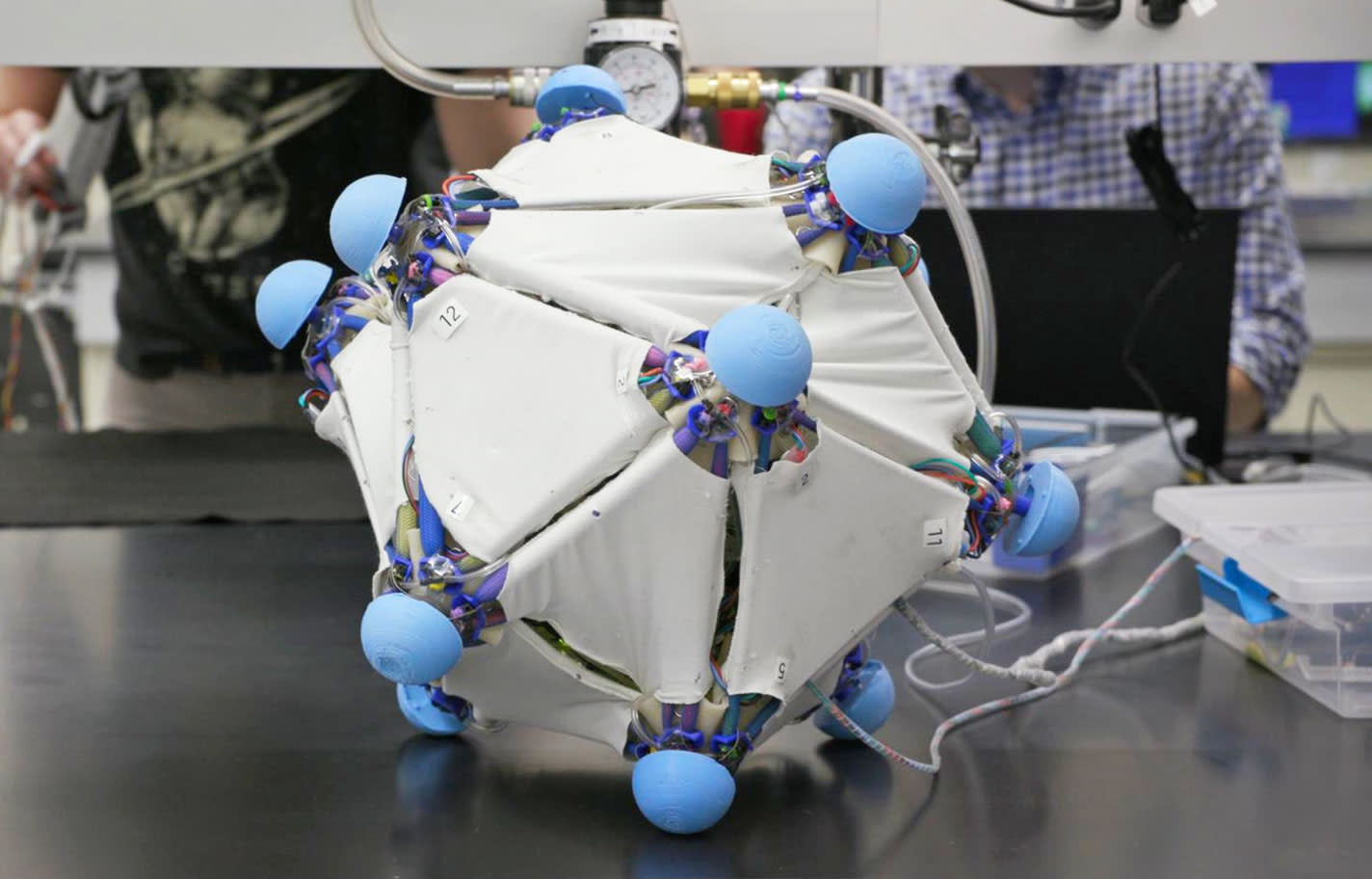 When you think of a robot, a certain image probably comes to mind. Maybe it's on wheels, maybe it's a dog, but it's probably a sizeable electronic machine built specifically for a purpose. But what if you could create a flexible robot that could have countless uses, and it could take any shape you wanted? That's what researchers at Yale University have created: a programmable robot "skin" that can turn any object into a robot.

Researchers in Rebecca Kramer-Bottoglio's lab placed sensors and actuators onto elastic sheet. Once the sheets are put onto an object -- for example, a stuffed animal -- the robotic skin can animate it. The sensors and actuators can then be programmed to perform different tasks based on the object in question and how the sheets have been put on it. Additionally, adding multiple sheets can increase or change functionality. The findings were published today in the journal Science Robotics.

"We can take the skins and wrap them around one object to perform a task -- locomotion, for example -- and then take them off and put them on a different object to perform a different task, such as grasping and moving an object," Kramer-Bottoglio said in a release. "We can then take those same skins off that object and put them on a shirt to make an active wearable device." The video below demonstrates how these skins can be used.

They key here is that these aren't single-purpose devices. The portability of these robotic skins, as well as the ability to program them to do different things, means that you can turn pretty much any object into a robot. That makes for a wide application of uses, without the huge investment necessary to create such a robot from scratch. These may be far from ready for commercial use, but they definitely hold promise in terms of what we can do with robotics in the future.

In this article: gear, roboticskin, robots, tomorrow
All products recommended by Engadget are selected by our editorial team, independent of our parent company. Some of our stories include affiliate links. If you buy something through one of these links, we may earn an affiliate commission.