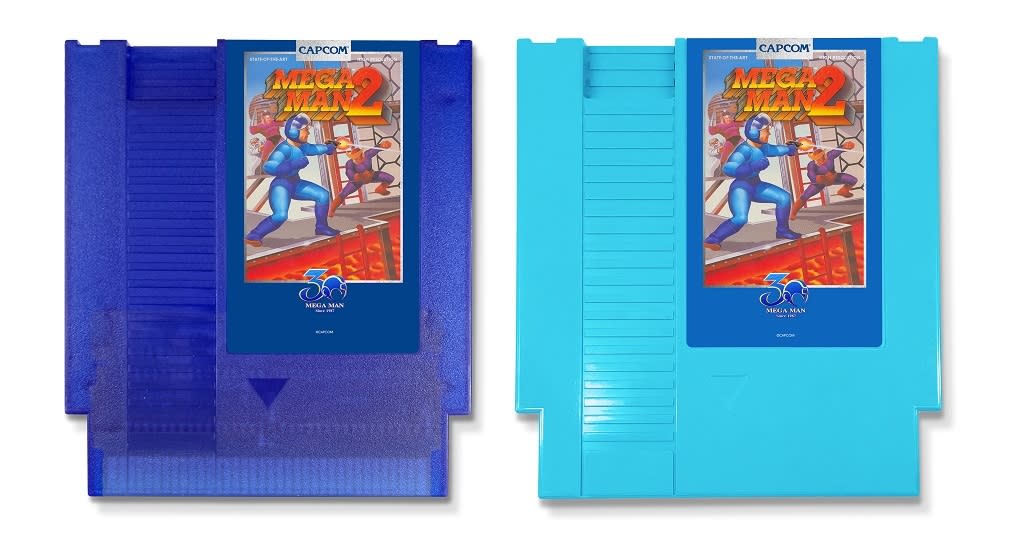 As promised, Capcom's Mega Man 2 and Mega Man X playable game cartridges are available now from iam8bit's online store for $100 each. Meaning if you put in a pre-order for either -- or both -- back in May, they'll be making their way to you stat.

The cartridges are limited to just 8,500 units each and will be sent to you in one of two colours: Opaque Light Blue (7,500 units per game) and Translucent, Glow-in-the-Dark Blue (rarer still at 1,000 units). Which one you get is totally random (because everyone loves surprises, right?).

However, there are slight differences in the packaging of both games. Mega Man 2, for instance, comes with an instruction booklet with a foreword by author Salvator Pane (whose book Mega Man 3 charts the history of the franchise and video game collecting), while X's booklet features a foreword by YouTuber Jirard "The Completionist" Khalil. Both arrive in time for Mega Man's 30th anniversary and days ahead of Mega Man 11's arrival on consoles and PC.

Every now and then enthusiasts are treated to the odd classic console cartridge -- recent releases include Capcom's Street Fighter II and the wholly new Fork Parker's Crunch Out, both for the SNES.

In this article: av, capcom, cartridge, gaming, mega man, RetroGaming
All products recommended by Engadget are selected by our editorial team, independent of our parent company. Some of our stories include affiliate links. If you buy something through one of these links, we may earn an affiliate commission.