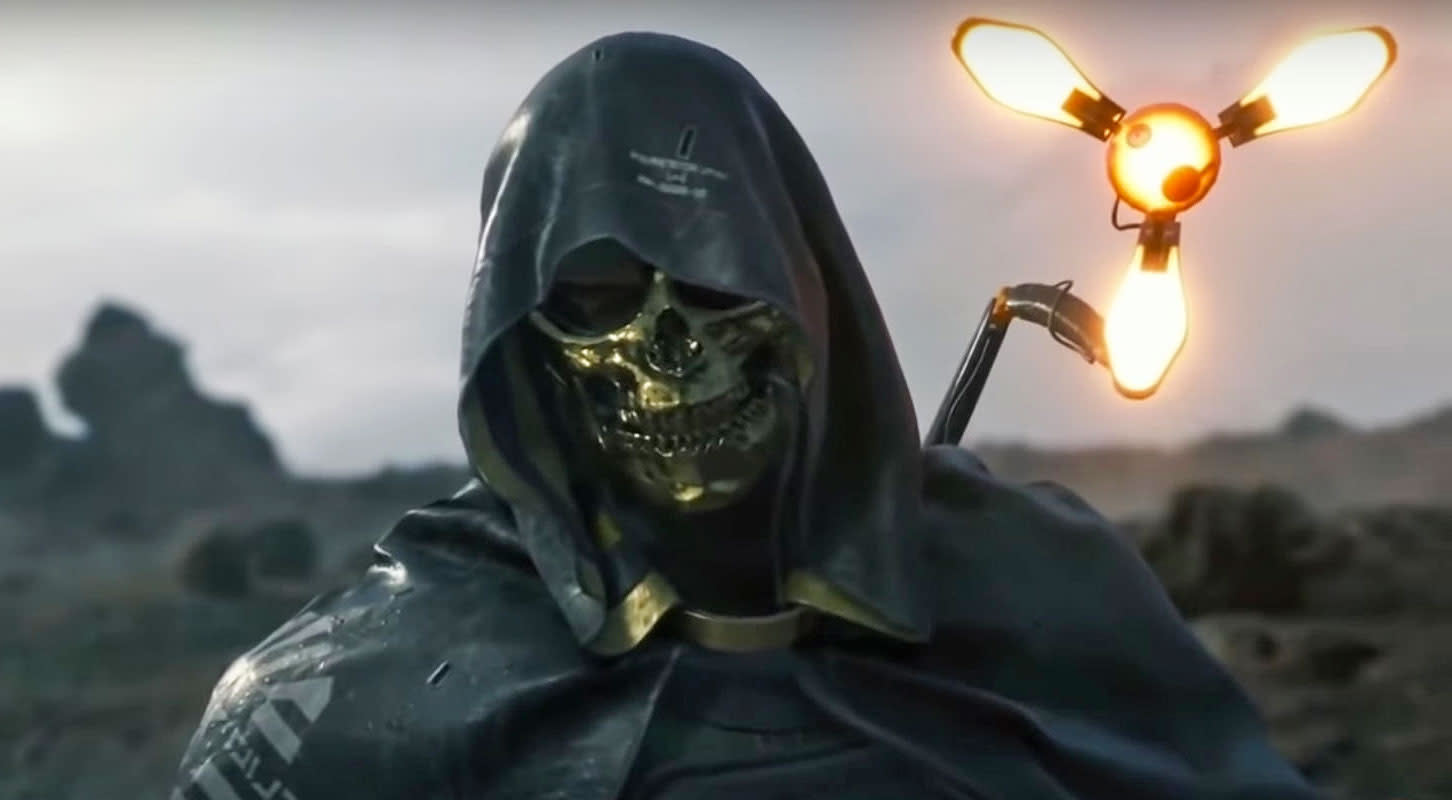 Death Stranding's latest trailer sans gameplay footage has debuted at the Tokyo Games Show. Again, the talking point is the game's star power, with one Troy Baker (of Uncharted and Telltale's Batman fame) the latest addition to its stacked cast. He joins protagonist Norman Reedus, Oscar-winning director Guillermo Del Toro, Mads Mikkelsen, Léa Seydoux, and (newly announced) Tommie Earl Jenkins. We've seen a-listers headline games in the past -- Mark Hamill in the Batman Arkham series and Willem Defoe in Beyond: Two Souls spring to mind -- but nothing on this scale.

It seems director Hideo Kojima has built a venerable list of Hollywood fans from his groundbreaking work on the Metal Gear Solid (MGS) series -- lest we forget, he also roped in Kiefer Sutherland as Venom Snake for The Phantom Pain, his final MGS outing before his acrimonious split with Konami.

As for the trailer itself, it features Baker's antagonist (who looks like a blinged-out Skeletor) summoning a four-legged monster on what looks like that macabre beach glimpsed in previous clips. Reedus, meanwhile, takes in the spectacle (probably feeling as bemused as the rest of us). What's going on? Will we have to fight this giant beast? What happened to that baby in a jar? It seems we'll have to wait till some point in 2019 to find out. Until then, expect more cryptic teasers to bring the insanity.

In this article: av, deathstranding, gaming, HideoKojima, troybaker
All products recommended by Engadget are selected by our editorial team, independent of our parent company. Some of our stories include affiliate links. If you buy something through one of these links, we may earn an affiliate commission.