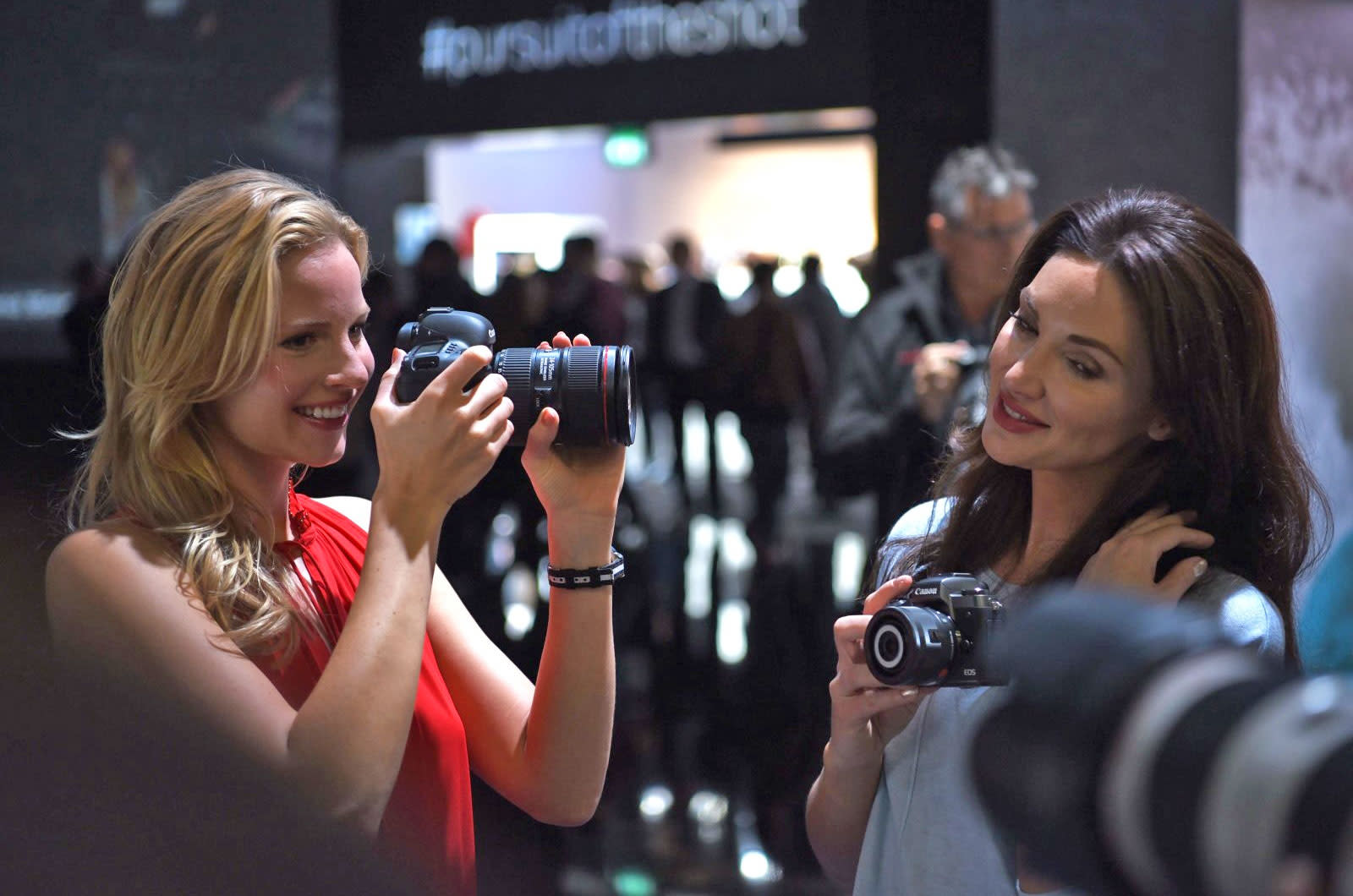 While Canon and Nikon have already unveiled their long-awaited full-frame mirrorless cameras, there are other big players that may be looking to enter the category next. We're in Cologne, Germany for Photokina 2018, where rumor has it Panasonic is set to reveal a full-frame mirrorless shooter of its own -- though it could just be a prototype, with an actual launch not expected until 2019. Fujifilm, for its part, is reportedly preparing to announce another medium-format camera, one with a massive 100-megapixel sensor. Then there's Sony, which could reveal a high-end APS-C model inspired by its A9 full-frame mirrorless.

Stay tuned, because it's going to be a busy week of camera news in Germany.

In this article: camera, cameras, canon, entertainment, gadgetry, gadgets, gear, leica, nikon, panasonic, photokina, photokina2018, sony
All products recommended by Engadget are selected by our editorial team, independent of our parent company. Some of our stories include affiliate links. If you buy something through one of these links, we may earn an affiliate commission.