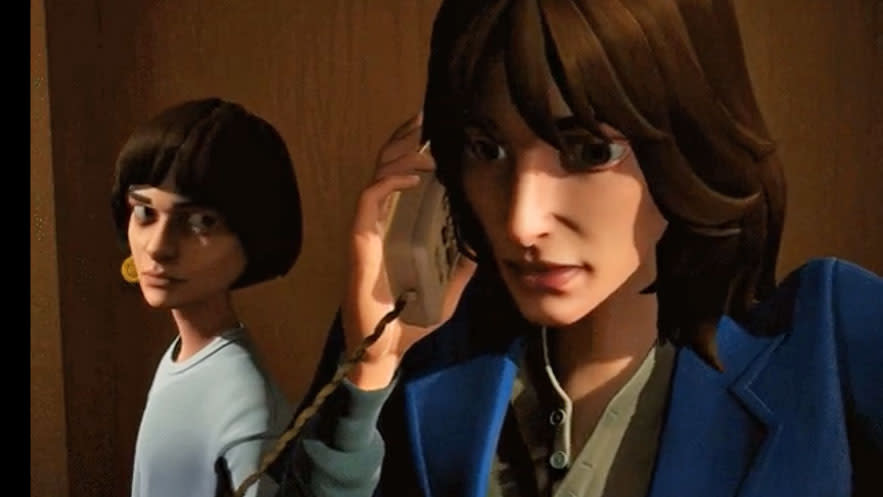 Following the "majority studio closure" of Telltale Games last week, the future of many of its planned projects has been up in the air. Rumors suggest that The Walking Dead: The Final Season has been canceled, incomplete, while The Wolf Among Us 2 has been scrapped entirely. Also on the chopping block is the much-anticipated Netflix partnership for a game version of Stranger Things. And to rub salt into the wound, clips of what the game could have looked like have now emerged on Reddit (admittedly from a random user, but we're pretty sure they're legit -- it'd take a lot of work to mock these up). As you can see, it's a bit of a departure from Telltale's usual artistic style.

It's not all bad news, though. In a statement released to Polygon, Netflix said it was "evaluating other options for bringing the Stranger Things universe to life in an interactive medium." So it's likely that a game in some shape or form will arrive eventually. Netflix has a lot of pull, and Stranger Things is one of its most popular franchises yet. It won't be too difficult to find a studio willing to pick it up.

In this article: art, av, business, clip, concept, game, gaming, Netflix, personal computing, personalcomputing, StrangerThings, TelltaleGames
All products recommended by Engadget are selected by our editorial team, independent of our parent company. Some of our stories include affiliate links. If you buy something through one of these links, we may earn an affiliate commission.