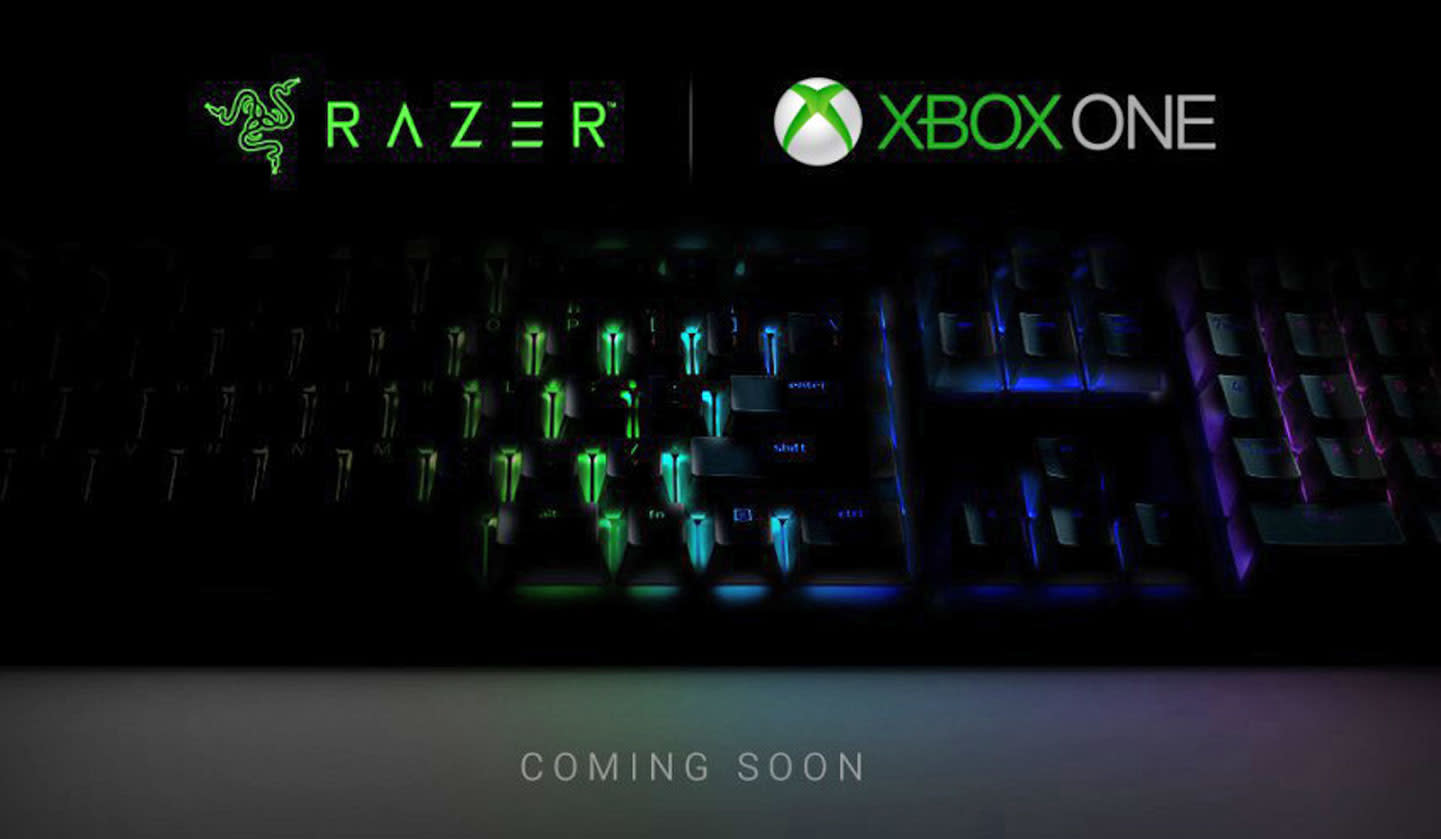 Yes, the rumors were true. Microsoft has confirmed that it's weeks away from adding mouse and keyboard support to the Xbox One (initially for Insiders), and it's enlisting some help from none other than Razer. The gaming-oriented brand will provide the "best possible" experience for input on the console, Microsoft said. There aren't many details as to what that entails (a November 10th Inside Xbox episode will share more), but an earlier Windows Central leak hinted at Chroma RGB lighting compatibility and touted the Turret lapboard as a solution for living room gaming.

Warframe will be one of the first games to use the feature.

You won't need Razer gear, of course. "Most" USB and wireless peripherals will work with the Xbox One. Also, this doesn't mean you can expect it in every game, or that developers will produce titles expecting users to try it. Compatibility will come on a "title-by-title basis," and support won't be switched on by default. Microsoft knows there's a risk of creating games that virtually require a mouse and keyboard for competitive multiplayer modes (first-person shooters in particular), and it's promoting the creation of games that are "fun, fair and correctly balanced."

Still, it's uncertain just how this will shake out. There have been ways to use mice and keyboards in console games before, but they've typically been unofficial solutions that haven't received widespread adoption. Native in-game support changes things -- it will now be relatively easy to plug in and potentially claim an unfair advantage. It may take some time before it's clear just how well developers walk the fine line between a handy feature and giving some players a way to 'cheat' against their gamepad-only counterparts.

In this article: av, console, games, gaming, gear, keyboard, microsoft, mouse, razer, videogames, warframe, xbox, xboxone
All products recommended by Engadget are selected by our editorial team, independent of our parent company. Some of our stories include affiliate links. If you buy something through one of these links, we may earn an affiliate commission.