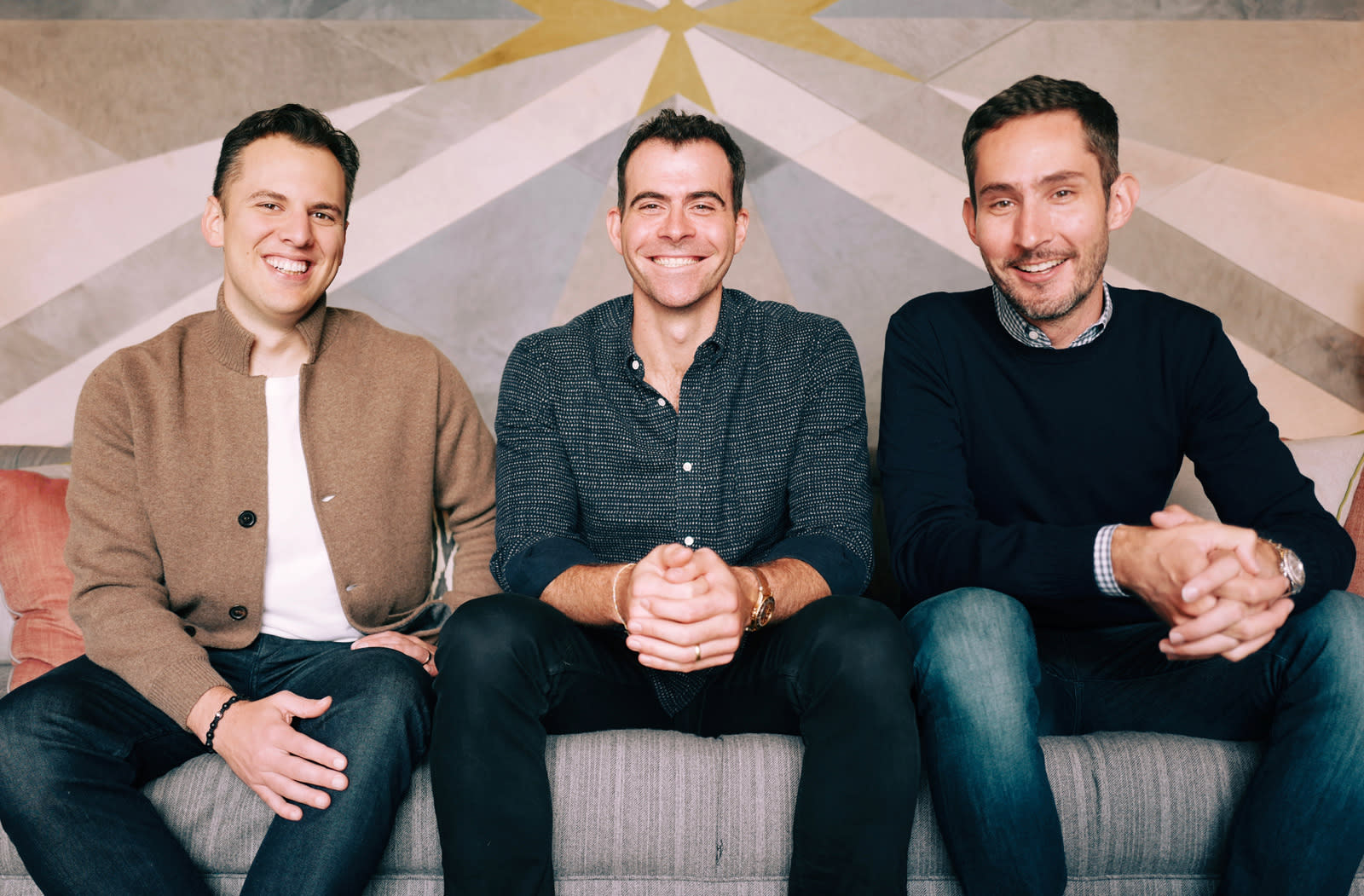 Instagram has a new leader after the abrupt exit of its co-founders Kevin Systrom and Mike Krieger. The social network has appointed Adam Mosseri (shown at center), a long-time Facebook veteran, as Head of Instagram. He takes control effective immediately. Systrom and Krieger characterized him as ideal for the role between a "focus on craft and simplicity" and a "deep understanding" of community.

"To us, the most important thing is keeping our community — all of you — front and center in all that Instagram does," the co-founders said. "We believe that Adam will hold true to these values and that Instagram will continue to thrive."

Mosseri is relatively new to Instagram, having become its VP of Product in May 2018. Before that, he was best-known for running Facebook's News Feed, including the fight against fake news. You might not want to get your hopes up for a return to a purely chronological feed, then. The executive has been with the company since 2008 and was also known for directing the company's mobile product efforts, including Facebook Home.

Many had expected Facebook to tap Mosseri as Instagram's new chief -- The Information caught word of it days earlier. Mosseri came to Instagram as part of a larger Facebook restructuring effort that was going to integrate the two brands more closely. That reportedly created friction, and prompted a transition process that would gradually give Facebook more control. Mosseri's ascension is the culmination of that transition. While there are already plenty of tie-ins between Instagram and Facebook, you might see Instagram operate with a less independent spirit than before.

In this article: AdamMosseri, facebook, gear, instagram, internet, mobile, socialnetwork, socialnetworking
All products recommended by Engadget are selected by our editorial team, independent of our parent company. Some of our stories include affiliate links. If you buy something through one of these links, we may earn an affiliate commission.