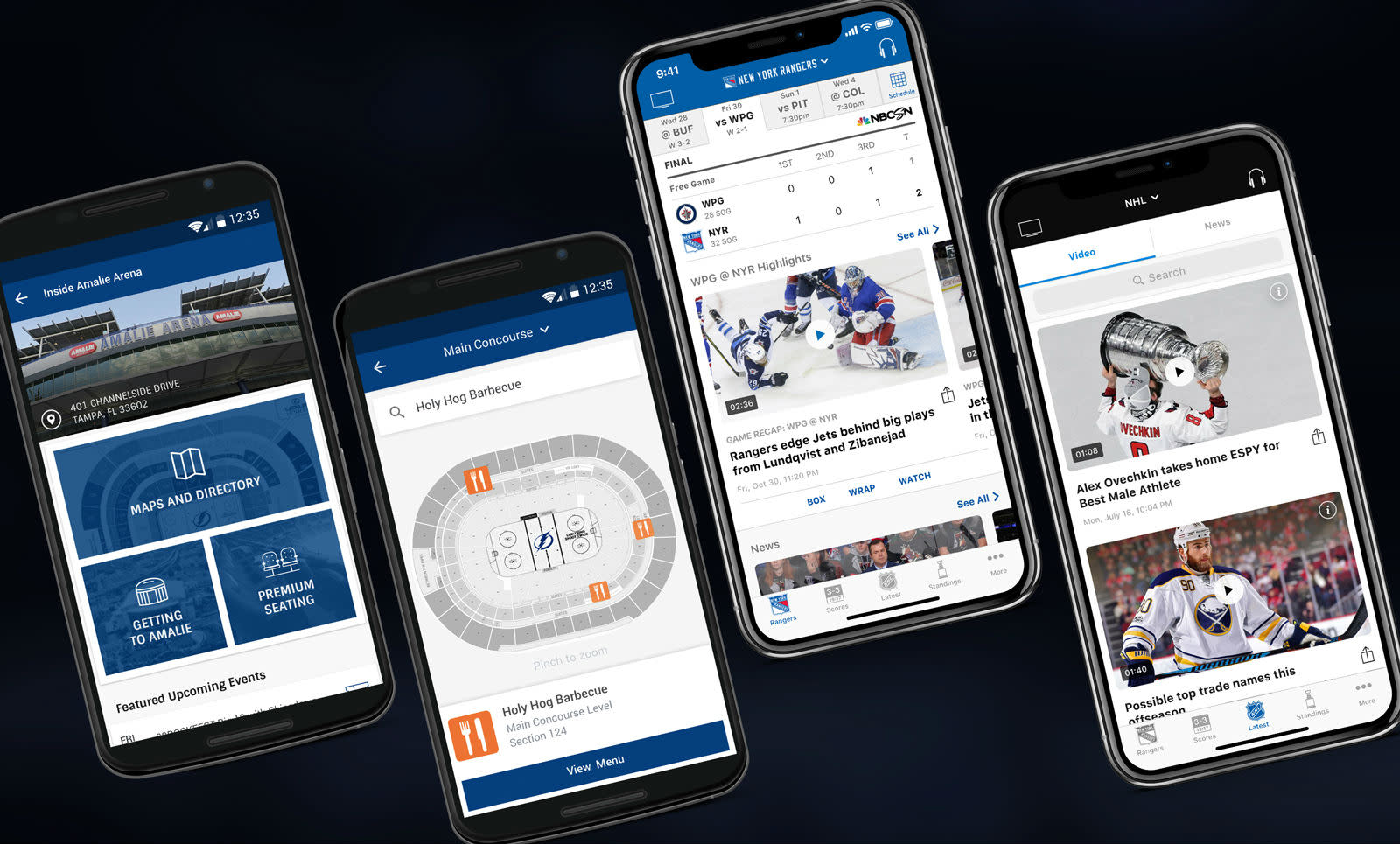 ESPN+ may be Disney's main sports streaming service but NHL.TV is the online home for out-of-market ice hockey games. And with the new season about to get underway, the app is getting a redesign and adding almost 50 percent more pre-and post-game shows -- along with intermission broadcasts. Immediately noticeable are the overhauled Team Pages that put video up-front and center moments after the puck drops on every new match, including a new pinned video player at the top of each article.

Venue information is also getting imported in from the NHL's separate Arena app -- where you'd normally go to purchase mobile tickets or order in-seat food delivery -- allowing you to check out arena schedules, maps, and amenities. For those averse to spoilers, you'll be able to switch them off in notifications so a pop-up doesn't ruin a game you're planning to catch up on. In addition, there's more good news for notification junkies: NHL.TV is landing on the Apple Watch. That means summaries, events, and scoreboards from across the League on your wrist.

Disney has also quietly bundled its BAMTech-powered streaming (along with ESPN+ and its upcoming Netflix rival platform) into a new unit dubbed "Disney Streaming Services." Along with mobiles, NHL.TV is now available to view across Amazon Fire TV and tablets, Apple TV, Roku, Xbox, PlayStation, and Google's Chromecast. An annual subscription to the service costs $140, while monthly it's $20.

In this article: av, BAMTech, disney, disneystreaming, entertainment, NHL
All products recommended by Engadget are selected by our editorial team, independent of our parent company. Some of our stories include affiliate links. If you buy something through one of these links, we may earn an affiliate commission.