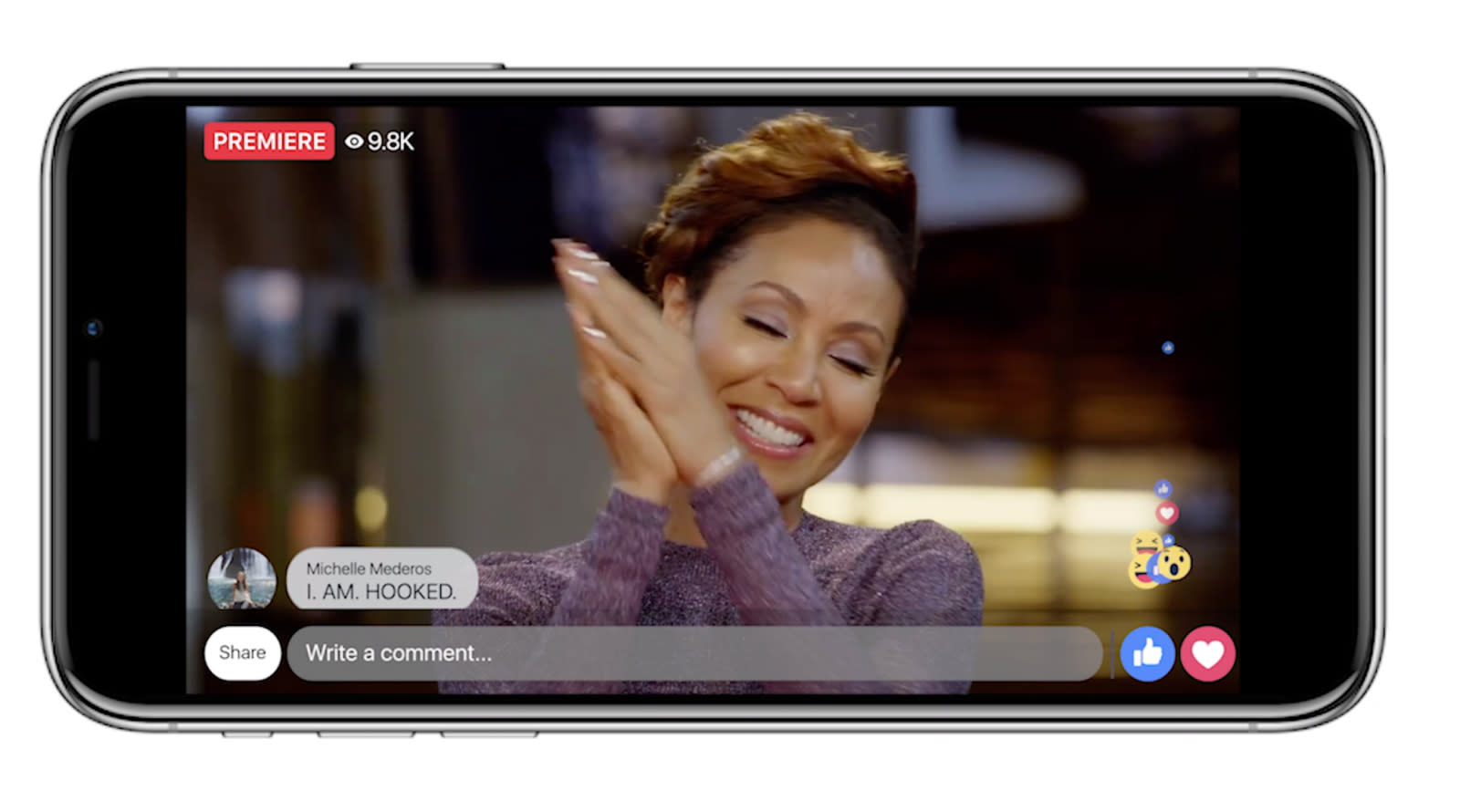 Facebook just ramped up its bid to compete with Twitch (and more recently, YouTube). After months of tests, the social network is rolling out video Premieres that turn the launch of pre-recorded clips into live events. Creators can schedule video releases up to a week in advance, building up hype ahead of a debut that incorporates a live chat for fans. A game streamer could debut a Let's Play video with fanfare, for example, while a company could make a big announcement without having to wait until launch day to post their sizzle reel.

More features are expanding at the same time. Top Fans, a badging feature that highlights a creator's most active supporters, is now available to any Page worldwide with at least 10,000 fans and using the video template. It's not quite like Twitch's subscriber or bit badges (you don't need to pay anything to get a Top Fan badge), but the gist is the same: it's recognizing long-time supporters with visual flair.

Facebook is simultaneously expanding access to video polls for more Pages. Anyone with a Page can query people in live streams, and you'll soon have an option for polls with pre-recorded videos. This will seem familiar if you've seen polls on Twitch, but it's hard to complain if it provides valuable feedback -- especially if you're in the middle of a stream and want to engage your audience.

In this article: facebook, gear, internet, premiere, socialnetwork, socialnetworking, streaming
All products recommended by Engadget are selected by our editorial team, independent of our parent company. Some of our stories include affiliate links. If you buy something through one of these links, we may earn an affiliate commission.