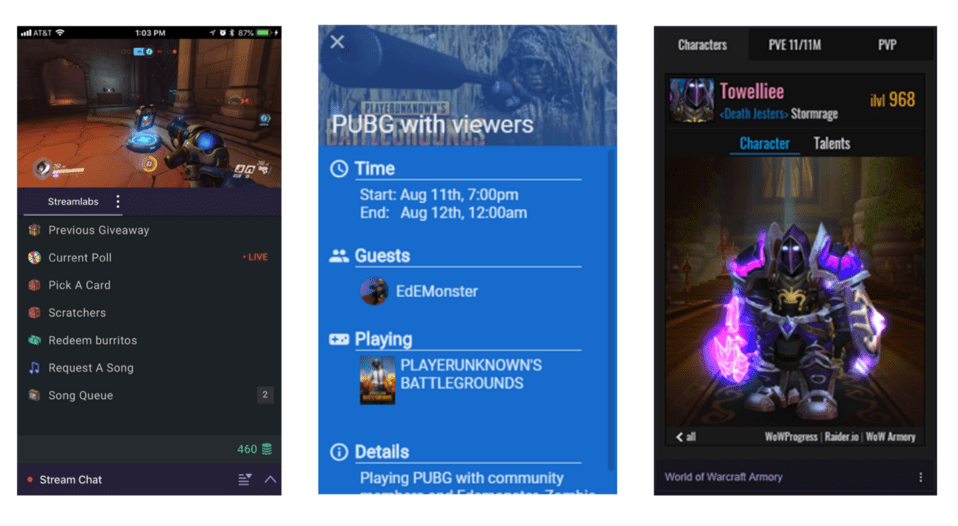 Since launching six months ago, Twitch Extensions have seen more than 1.5 billion interactions on desktop. From today, they're available on mobile, so viewers can enjoy leader boards, polls, match histories and more, wherever you watch your streams. Not every Extension is mobile-ready just yet -- it's up to developers to decide whether to make theirs mobile-compatible, but you can bet most of them will. However, some Extensions that are already good to go include all-in-one Streamlabs Loyalty, Music, Polls and Games, plus Schedule and World of Warcraft Armory. Make sure your Twitch app is at version 6.0 or higher to take advantage of the update.

Of course, expanding the reach of Extensions creates new opportunities for developers, so Twitch is also rolling out its developer rig, designed to help developers build and test their Extensions. Developer rig is a web app that lets developers test an extension locally against production APIs across a variety of views and roles (the broadcaster live view, for example). Developers will also be able to pull down the new "Hello World" sample code (which includes a basic backend scaffold) to iterate on the extension, as well as add additional views and custom resolutions.

Twitch says this release is "just the beginning", and that it plans to improve and add to the rig in the coming weeks and months. It seems to be taking a deeply collaborative approach to the feature, as it's encouraging feedback on improvements and code samples. The company has also asked developers to keep an eye on its RFCs (Request For Comments), so they can get involved with the shaping of the rig's second wave of functionality.

In this article: developer, developerrig, Extensions, gaming, services, streaming, Twitch
All products recommended by Engadget are selected by our editorial team, independent of our parent company. Some of our stories include affiliate links. If you buy something through one of these links, we may earn an affiliate commission.