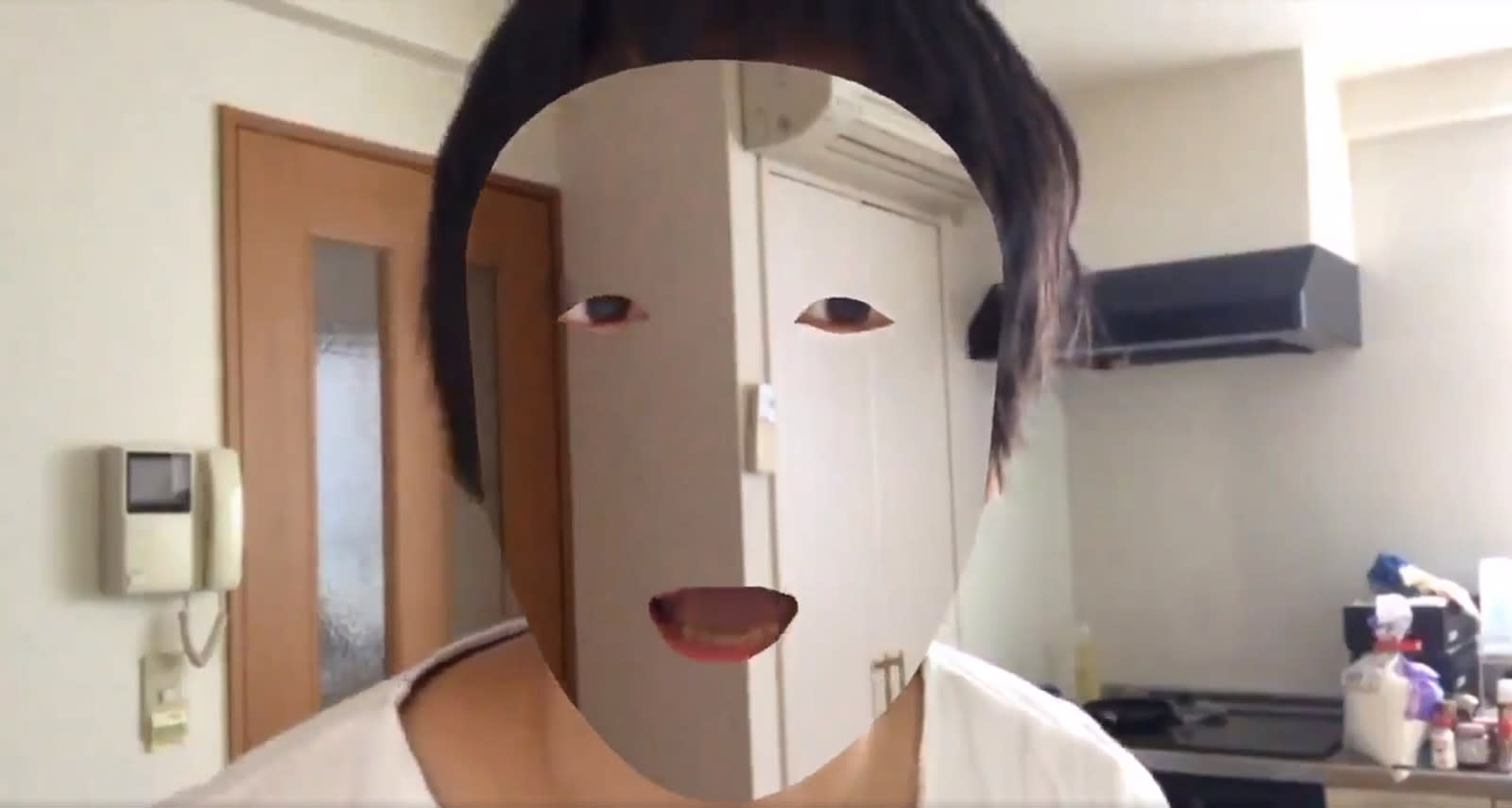 The iPhone X's Face ID sensors have shown great potential for art, gaming and just weird apps, but a Japanese developer has taken another tack with the device. Using Unity, ViRD game developer @noshipu, aka Kazuya Noshiro, completely erased his face, except for his mouth and eyes, as shown in the 10-second clip below. Calling the trick "optical camouflage," Noshiro admitted that he has no clue what it can be used for. "If you want to make your face transparent, we're recruiting," he joked.

Noshiro didn't say exactly how the trick worked, despite curiosity from his followers. However, one person asked him if he fixed the camera to pre-record the background, and he admitted "that's correct." So in other words, he likely first recorded what was behind him, then masked out his face -- bar his eyes and mouth -- and inserted the background. The iPhone X's motion sensors could synchronize everything with the camera movement.

The effect shows the potential of sensor-laden phones like the iPhone X -- which are bound to become more common with Face ID-like security -- and how ARkit can work with other developer platforms like Unity. Sure, it seems perfectly useless, which is why it might also make a pretty sweet Snapchat filter.

In this article: Camouflage, gear, iPhoneX, mobile, Unity
All products recommended by Engadget are selected by our editorial team, independent of our parent company. Some of our stories include affiliate links. If you buy something through one of these links, we may earn an affiliate commission.