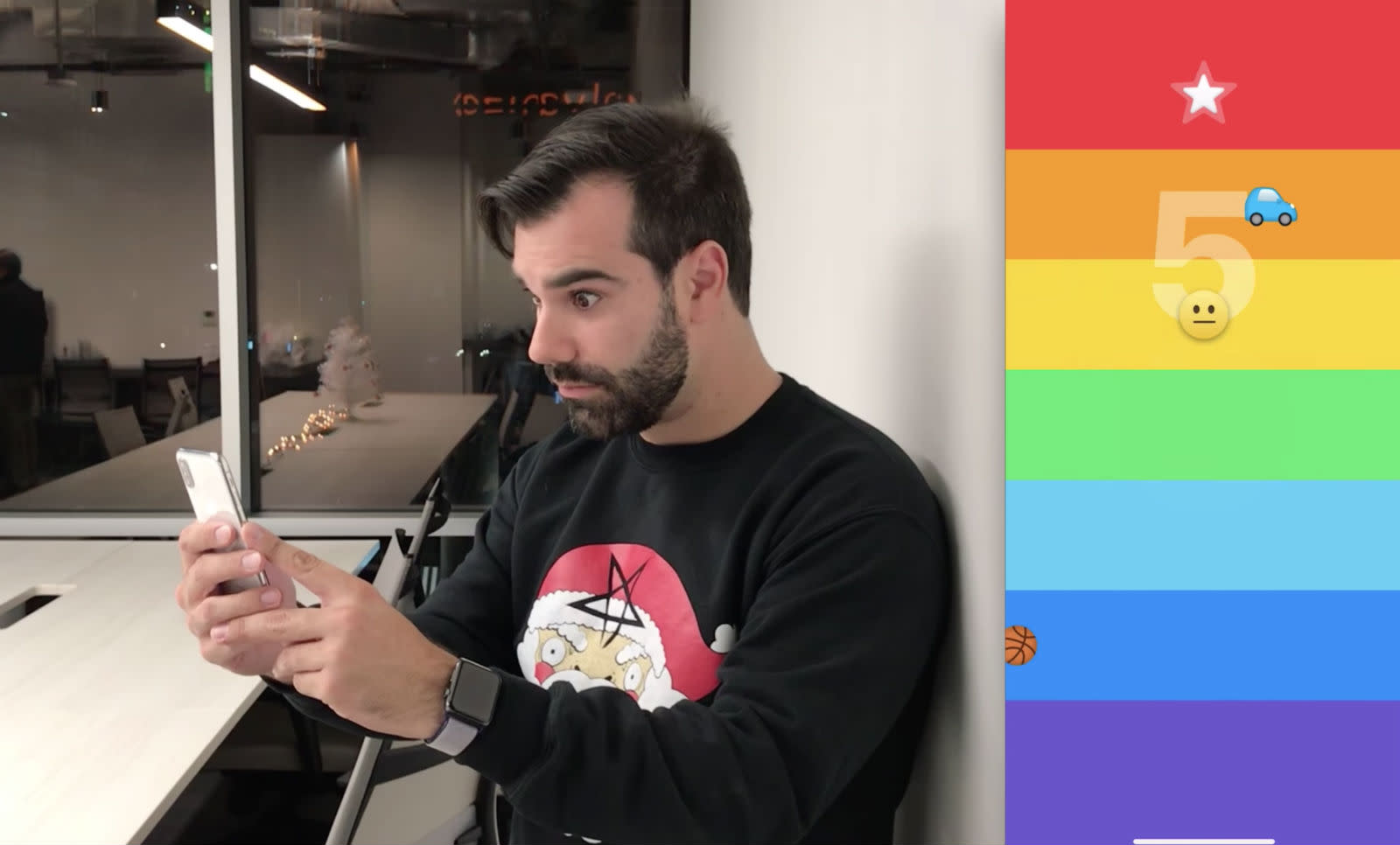 If you were eagerly awaiting the day you'd get to control a smartphone game with your eyebrows, the time is now. At least, if you own Apple's thousand-dollar iPhone X. "Rainbrow" (see what they did there) is the brainchild of Washington University computer science grad Nathan Gitter. The game harnesses the flagship's TrueDepth camera and ARKit augmented reality platform to deliver a headache-inducing arcade trip. Think Frogger, but instead of a frog dodging freeway traffic, you control a smiley across what looks like a Pride flag, dodging other emoji in order to amass points.

Oh, and did we mention you play by raising your eyebrows to move up, frowning to move down, and staying expressionless to keep stationary. We've seen some big names updating their apps to account for the iPhone X's notch, and plenty of ARKit apps to boot, but nothing quite like Rainbrow. It may seem a bit gimmicky at first, but you can expect more facially-controlled games like this in the future. Meanwhile, Gitter tells MacRumors that he plans to integrate Apple's Game Center to add multiplayer gaming soon.

Security concerns have plagued the Apple's iPhone X, and Rainbrow reportedly makes sure to point out that it only uses TrueDepth data for gameplay purposes. Reports have previously alleged that Apple is sharing Face ID data with developers, who could then sell it to third parties. Apple's policies forbid this type of data-sharing, and the company claims that even it can't access your info, which is securely stored in an encrypted enclave on the iPhone X.

In this article: apple, gaming, iphoneX, mobile, MobileGaming, rainbrow, truedepth
All products recommended by Engadget are selected by our editorial team, independent of our parent company. Some of our stories include affiliate links. If you buy something through one of these links, we may earn an affiliate commission.