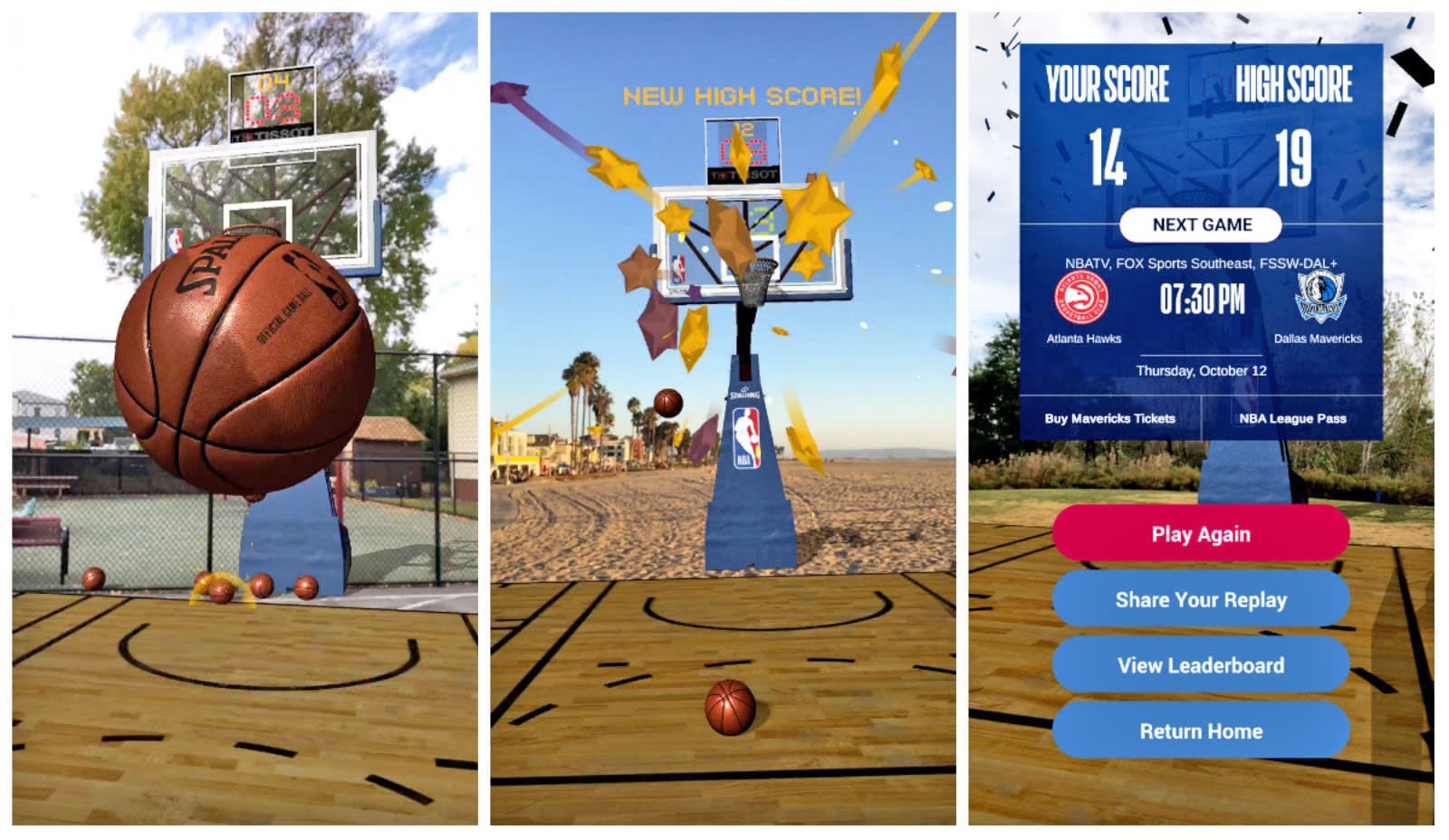 The NBA's already cranked up its virtual reality output, and now it's taking baby steps into augmented reality too. The league's new iPhone game lets you play virtual pop-a-shot outdoors, which is as straightforward as it sounds. Just download the "NBA AR" app, point your phone at a chosen spot, and start shooting hoops on a virtual backboard and court. You'll have to frantically flick your iPhone, though, as there's a 30-second time limit on each round. When you're done, you can share your high score on social media, iMessage, and email -- and check how you stack up on the in-game leaderboard. NBA AR is available for free right now on the App Store.

The game relies on Apple's ARKit AR platform, restricting it to newer iPhone models (including the 6S and beyond) running on iOS 11. The NBA is the latest big name to try out Apple's tech, which Tim Cook claims will one day be as essential to brands as a website. The likes of Ikea and Edmunds have taken the bait, both releasing AR lifestyle apps aimed at shoppers. But, everyone else (it seems) is busy chasing the breakout success of Pokémon Go. According to recent data from Sensor Tower, games are by far the largest category of all ARKit apps on the App Store. So, don't be surprised if the NBA's small-scale release, which it touts as the first AR game by a US sports league, is followed by plenty others.

In this article: arkit, AugmentedReality, gaming, ios, mobile, nba, NBAAR
All products recommended by Engadget are selected by our editorial team, independent of our parent company. Some of our stories include affiliate links. If you buy something through one of these links, we may earn an affiliate commission.