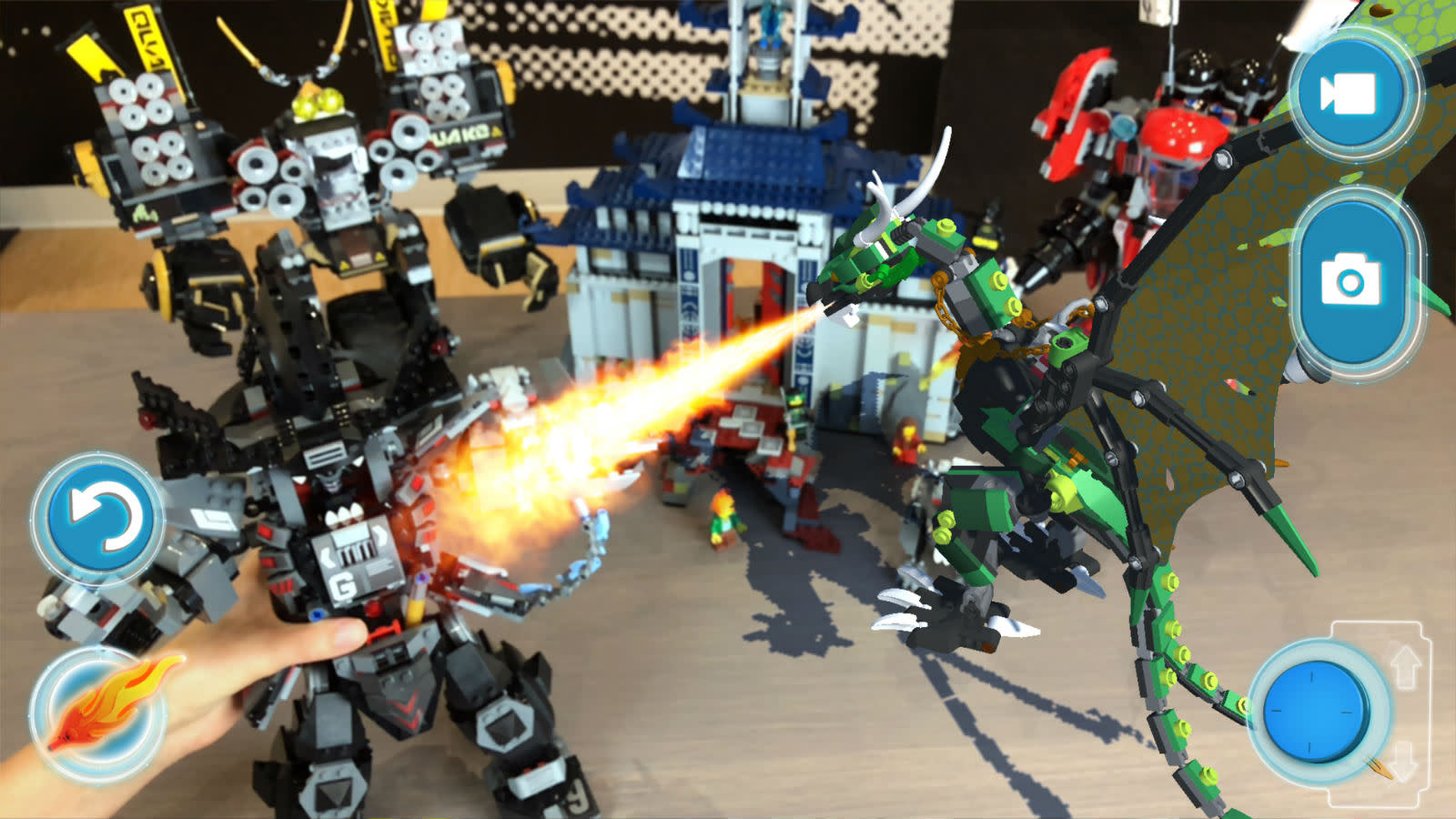 After the costly failure of its toy-to-life video game Lego Dimensions, Lego is turning to augmented reality to mix real sets with virtual elements. The new Lego AR-Studio app for iOS taps into Apple's ARKit platform to add animations and audio-visuals to the company's physical toys. Hold your smartphone over select Lego City and Ninjago sets and you'll be able to summon fire-breathing dragons, trains, and firetrucks dousing flames with hoses. Plus, any special escapades can be captured using the app's built-in camera. Whereas it may not awaken your inner-child (leave that to Nintendo), Lego-mad tikes should get a real kick out of it.

Best of all, the app is free -- of course, you'll still have to stump up for those physical Lego sets to get it to work. The virtual extras also equate to less sorting of clutter (because not everyone can build an AI to organize the colourful blocks).

Bear in mind, this being ARKit, only Apple's flagships packing either the A9 or A10 processors can handle the heat, which boils down to the iPhone 6S and beyond. Alas, that may not bode well for those parents that are overly-protective of their brand-spanking new iPhone X. In addition, the app is also available on the 2017 iPad, and the iPad Pro (10.5-inch, 12.9-inch, and 9.7-inch models).

The arrival of Lego AR-Studio doesn't mean the toy-maker is giving up on video games. It's still cranking out movie tie-ins like clockwork, and this year it released its Minecraft rival, Lego Worlds. But, for the time being at least, it's leaving the toy-to-life trend to Skylanders.

In this article: ar, arkit, AugmentedReality, gear, ios, lego, mobile
All products recommended by Engadget are selected by our editorial team, independent of our parent company. Some of our stories include affiliate links. If you buy something through one of these links, we may earn an affiliate commission.