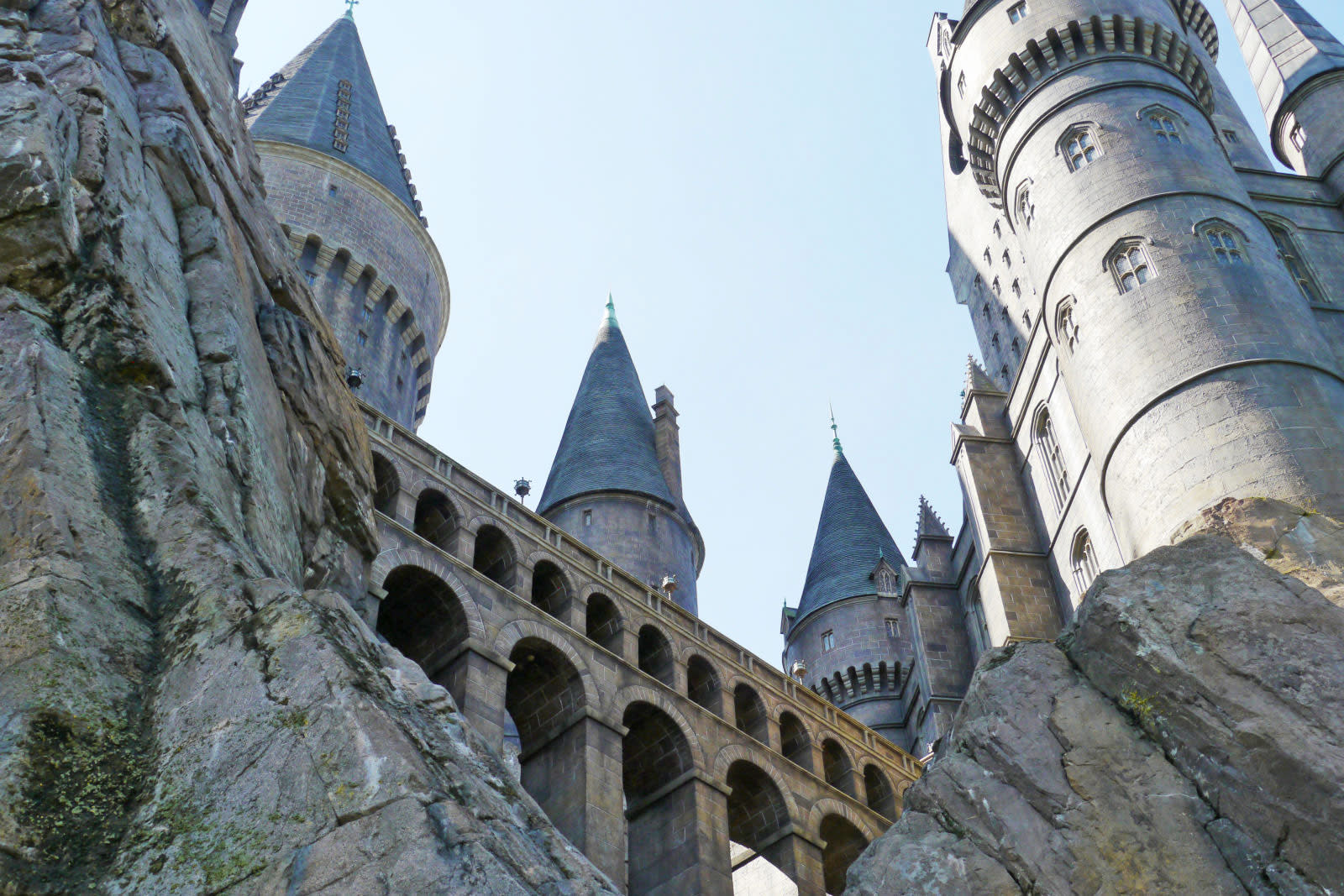 You can now play Harry Potter on mobile, but if you're craving something more substantial, a new leak is sure to get your pulse racing. Redditor VapeThisBro briefly shared footage of an apparent new RPG set within J.K. Rowling's wizarding world, starring your own custom-built character. The clip was only up a short time before it was pulled from YouTube and replaced with a notice that Warner Bros. Entertainment Interactive had filed a copyright claim. Filmed in third-person, the clip showed a wand-waving protagonist battling goblins and walking through a town square scattered with NPCs. Hogwarts' famous hall also made an appearance.

The fact that the polished appearance of the game shines through the low-quality video (essentially a recording of a trailer on a screen) makes it all the more exciting. According to the description, the game is set in the 19th century, with players assuming the role of a "newly arrived 5th year student to Hogwarts that demonstrates a latent gift for magic." It also mentions a new magic system that lets you craft "countless" spells and potions in an open-world setup, and also the option to "pursue a path of good or evil."

It's unclear right now whether the title is actually in development. For their part, VapeThisBro claims they stumbled upon it as part of a "focus group." There were, however, rumblings last year that Warner Bros. Interactive Entertainment's subsidiary Avalanche Studios had been assigned a Harry Potter role-playing game project based on job listings. There's been no word since then on the proposed title.

Update 10/2/2018 12:00PM ET: Unsurprisingly, the video has been pulled. A YouTube notice states that the footage is unavailable due to a copyright claim from Warner Bros. Entertainment Interactive. This post has been updated to mention this development.

In this article: avalanchestudios, gaming, harrypotter, hogwarts, internet, RPG, warnerbros
All products recommended by Engadget are selected by our editorial team, independent of our parent company. Some of our stories include affiliate links. If you buy something through one of these links, we may earn an affiliate commission.