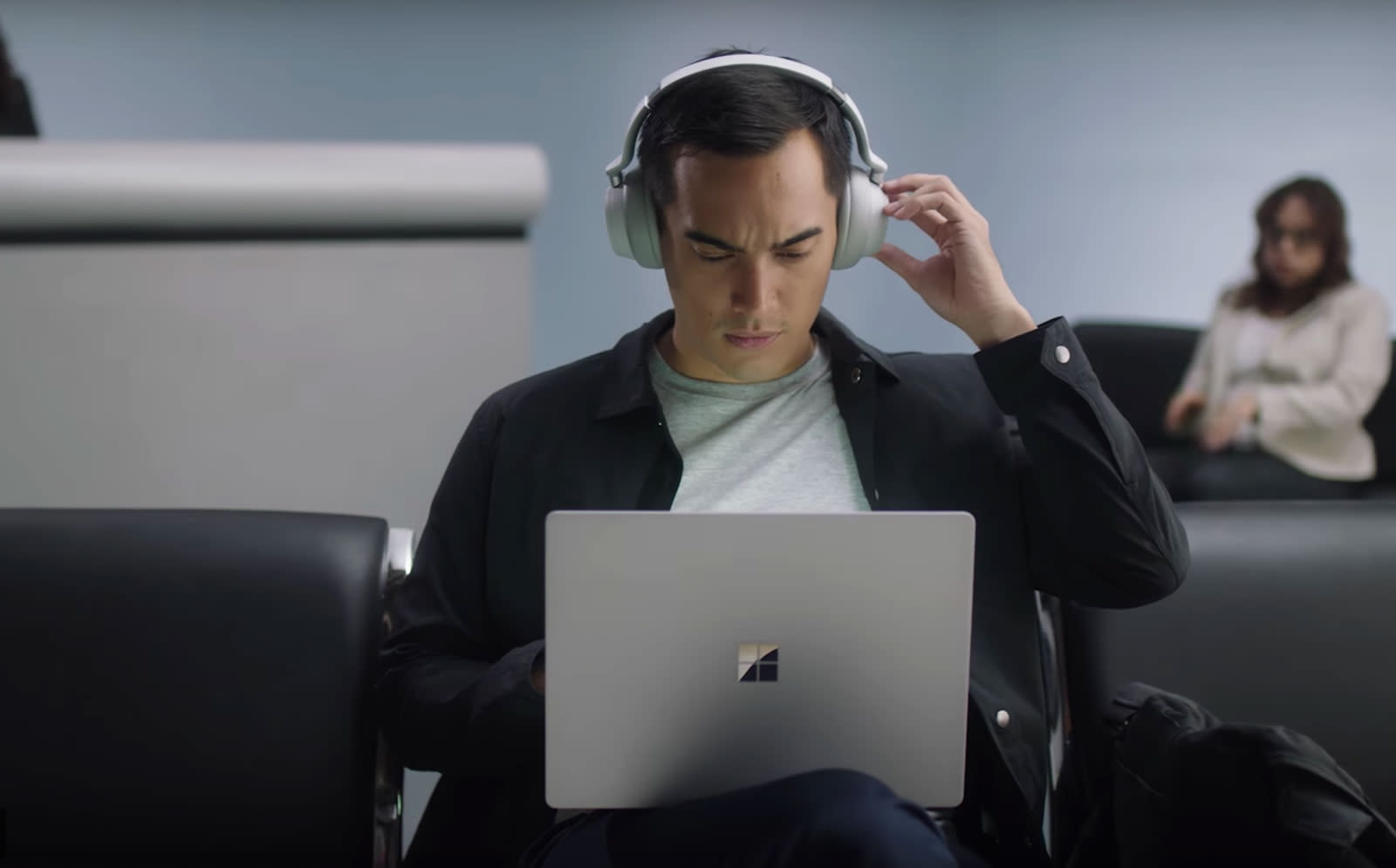 Lots of the news from Microsoft's Surface event leaked ahead of time, but we didn't necessarily expect to see these new Surface Headphones today. As you might expect, the main draw here is that Cortana is on board and easily accessible, but there are some other impressive specs here as well. Microsoft went with over-the-ears design which offers active noise cancellation; the company says it has 13 levels of noise cancellation all told. There are four beam-forming mics and four active noise cancelling mics as well as 40mm drivers. The Surface Headphones work with any Bluetooth-enabled device, so if you work across Mac and Windows or happen to use an iPhone, you're covered. In another nice feature, Microsoft included auto pause and resume when you remove the headphones or put them back on. It's pretty common at this point, but still a worthy addition. Microsoft said the Surface Headphones will ship by the holidays and will set you back $350 when they go on sale.

It's not a big surprise to see Microsoft grab a piece of this market -- it makes it easier for people to access Cortana, and both Apple and Google have brought out their own headphones in recent years. Google specifically built the Pixel Buds last year but also has had success in putting the Google Assistant in headphones from other manufacturers. Apple, meanwhile, is rumored to be building its own pair of noise-cancelling headphones that would presumably compete with Microsoft's offering.

In this article: av, entertainment, gear, microsoft, surface2018, surfaceheadphones
All products recommended by Engadget are selected by our editorial team, independent of our parent company. Some of our stories include affiliate links. If you buy something through one of these links, we may earn an affiliate commission.