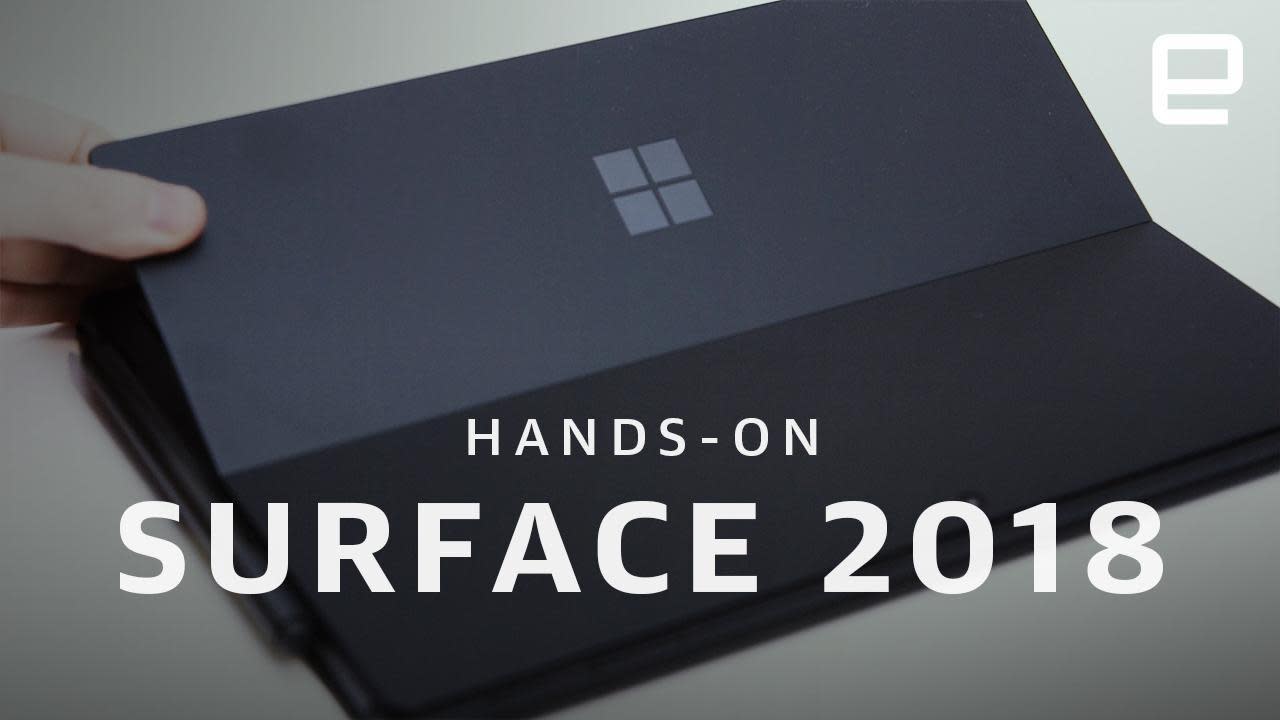 At its Surface event in New York today, Microsoft unveiled a slew of new devices, including an updated version of its Laptop. The Surface Laptop 2 offers some seriously upgraded internals, which the company claims deliver 85 percent improved performance. Otherwise, most of the changes here aren't immediately obvious, save for the sharp new color option. But, I have to admit, the all-black Laptop 2 is really quite attractive. Aside from its pretty new exterior, the Surface Laptop 2 also features quieter keys than before, which should be good news if you found the last keyboard a little too noisy. (It was pretty quiet already, though.) Maybe people are just more considerate of their neighbors' needs than I am. It was really hard to tell how much quieter these buttons are in the hideously noisy hands-on area we were in, but they're just as comfortable as before.

The original Laptop had a somewhat dim screen that my colleague Devindra Hardawar had trouble seeing clearly in direct sunlight. Thankfully, the sequel has a much brighter screen that should help alleviate the issues. The Laptop 2's display is easy enough to read, even under the glare of the harsh spotlights overhead. I'm not certain it will hold up under sunlight, though.

Few of the other changes to the Laptop were things we could really test out here at the event -- like the new eighth-generation Intel processors and the 14.5-hour battery. But there are features coming to Windows that should make the Laptop a compelling option for Android phone users. Of course, most PCs will be getting those new features, like phone mirroring, so basically any Windows machine is much more useful.

If Microsoft does deliver on its 85 percent performance improvement promise, the Surface Laptop 2 could be a powerhouse clad in one of the most attractive shells we've ever seen. Well done, Microsoft.

In this article: gadgetry, gadgets, gear, laptops, microsoft, microsoftlaptop, notebook, pc, personal computing, personalcomputing, surface2018, SurfaceLaptop, surfacelaptop2
All products recommended by Engadget are selected by our editorial team, independent of our parent company. Some of our stories include affiliate links. If you buy something through one of these links, we may earn an affiliate commission.