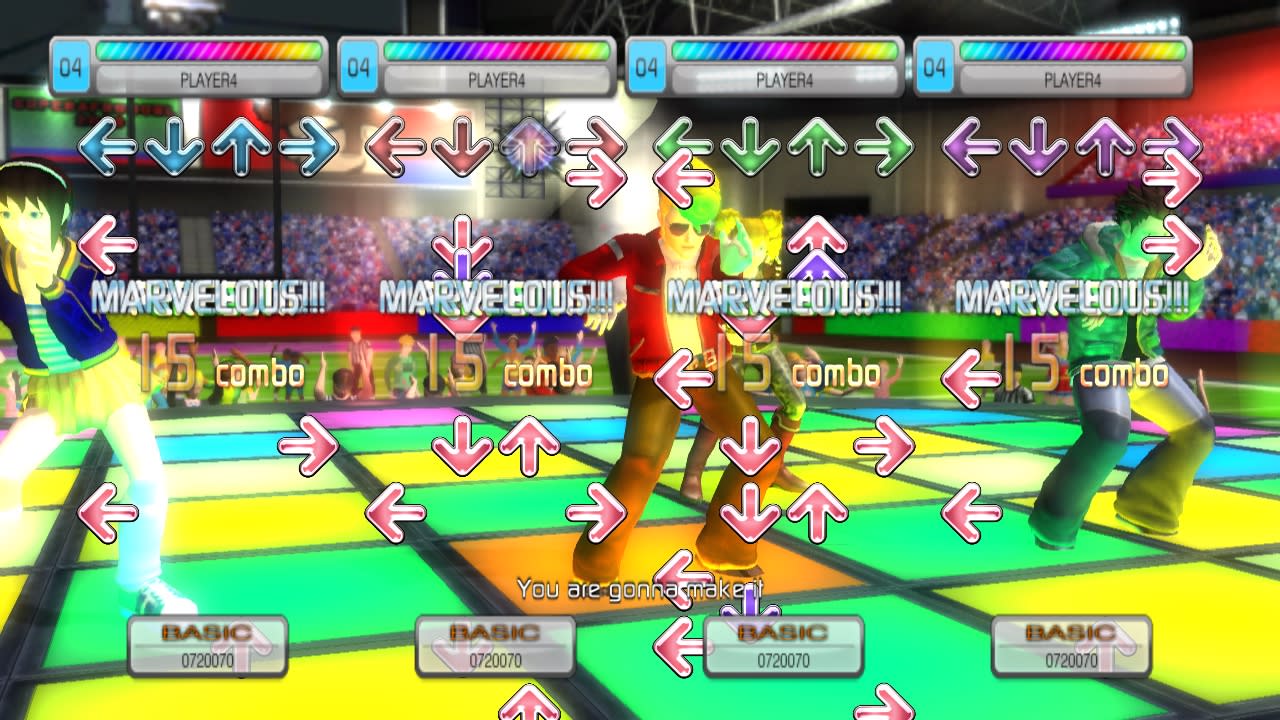 The world is burning and there's only one way to stop it: through the power of dance. At least that's the premise of the upcoming Dance Dance Revolution movie. Yep, some 20 years later a film studio picked up the rights for the once-wildly popular rhythm game. As for any casting details or who's directing the film, that info isn't available at the moment. Variety reports that publisher Konami is onboard as a production partner.

If this sounds like an odd move, consider the current state of Konami. It cancelled Silent Hills after a very public falling out with Hideo Kojima, who also created the Metal Gear series. Now the legendary game director is working on Death Stranding for Sony. Metal Gear Survive, a survival take on the tactical espionage action series, was released this February to derision from fans and critics.

Then the company lost the license for the UEFA Champions League for Pro Evolution Soccer 2019 earlier this year, with Electronic Arts announcing it'd picked up the league's license at E3 this June.

Right now, Konami is doing all it can to stay afloat. Be it with virtual reality versions of classic titles like Kojima's Zone of the Enders, or re-releasing some of the best Castlevania games yet again. The publisher has bled talent for the past few years, and now its only option is to rehash old names and put them in weird places. Unless the company gets a giant influx of cash or creative talent, don't expect that to change anytime soon.

In this article: business, dancedancerevolution, entertainment, gaming, konami, movie
All products recommended by Engadget are selected by our editorial team, independent of our parent company. Some of our stories include affiliate links. If you buy something through one of these links, we may earn an affiliate commission.