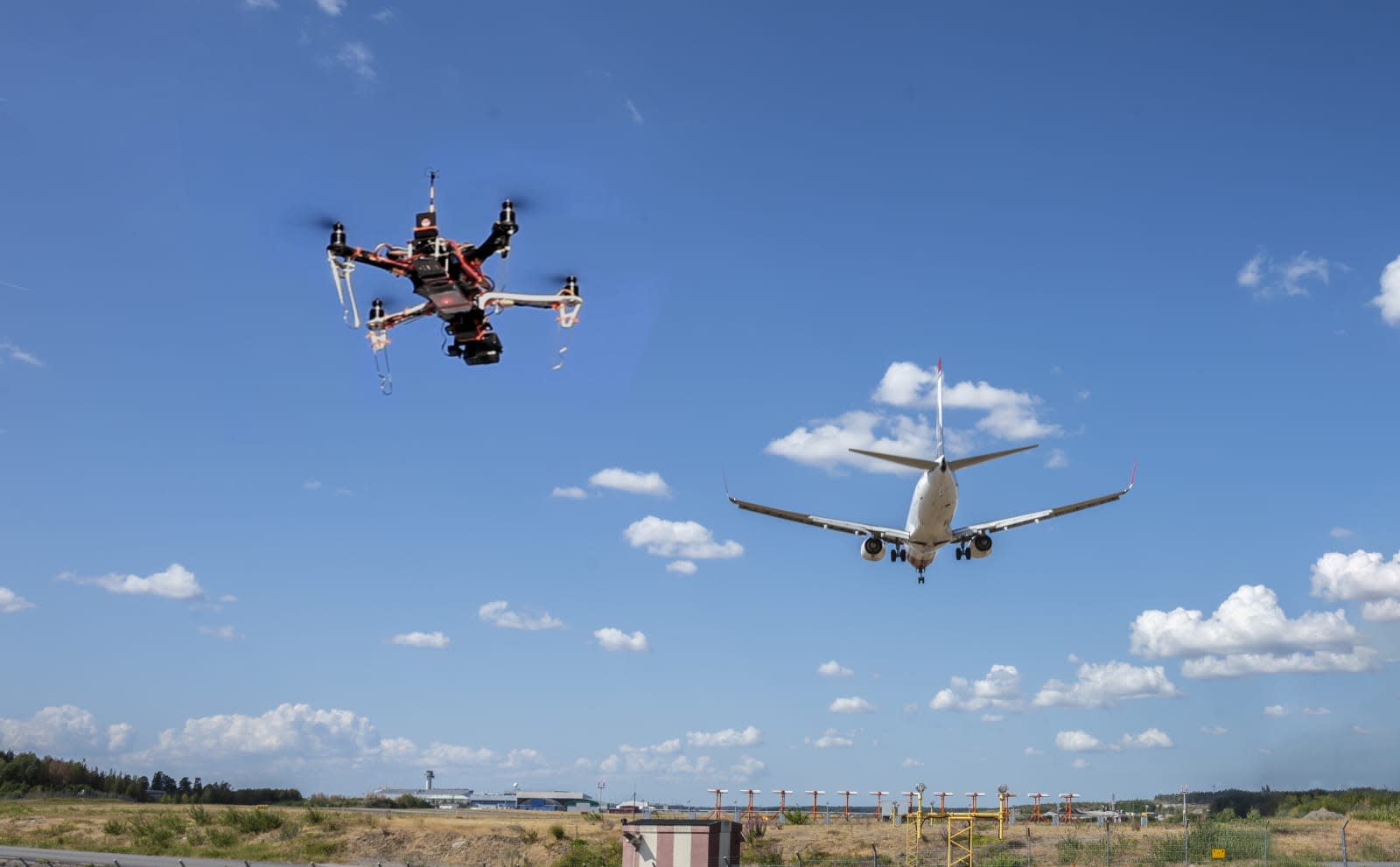 The Federal Aviation Administration (FAA) has given nine companies permission to fly in controlled airspace, such as airports, as part of its Low Altitude Authorization and Notification Capability (LAANC) initiative. One of those nine companies is DJI, along with Aeronyde, Airbus, AiRXOS, Altitude Angel, Converge, KittyHawk, UASidekick and Unifly. It doesn't mean operators can fly those brands' drones over airports anytime they want, though -- it only means that professional drone pilots can now get authorization to enter controlled airspace in near-real time instead of waiting for months.

A pilot that's going to use a drone to conduct an inspection, capture photos and videos or herd birds away from airports, for instance, can now send their applications to fly in controlled airspace to LAANC. The program then processes their applications in near-real time, designating the locations within that airspace they can use, along with the altitudes they can fly in. LAANC makes sure the drones won't be able to go anywhere near planes, in case the location is an airport, and will inform the FAA Air Traffic of the permissions it granted.

The program is a collaboration between the FAA and the drone industry in an effort to give drones the capability to do work near airports where they're typically not allowed. DJI and the other companies in the list had to undergo testing to make sure their technologies are up to snuff and are qualified to be part of the initiative.

"Before LAANC, using drones for productive work near many airports required detailed applications and up to months of waiting, even when the benefits were clear and safety was prioritized," DJI Program Manager Brandon Montellato explained. "Now, LAANC allows easy drone use in more than 2,000 square miles near airports, including many populated areas that can benefit tremendously from drone operations."

In this article: airbus, airport, dji, drone, faa, gadgetry, gadgets, gear, kittyhawk
All products recommended by Engadget are selected by our editorial team, independent of our parent company. Some of our stories include affiliate links. If you buy something through one of these links, we may earn an affiliate commission.