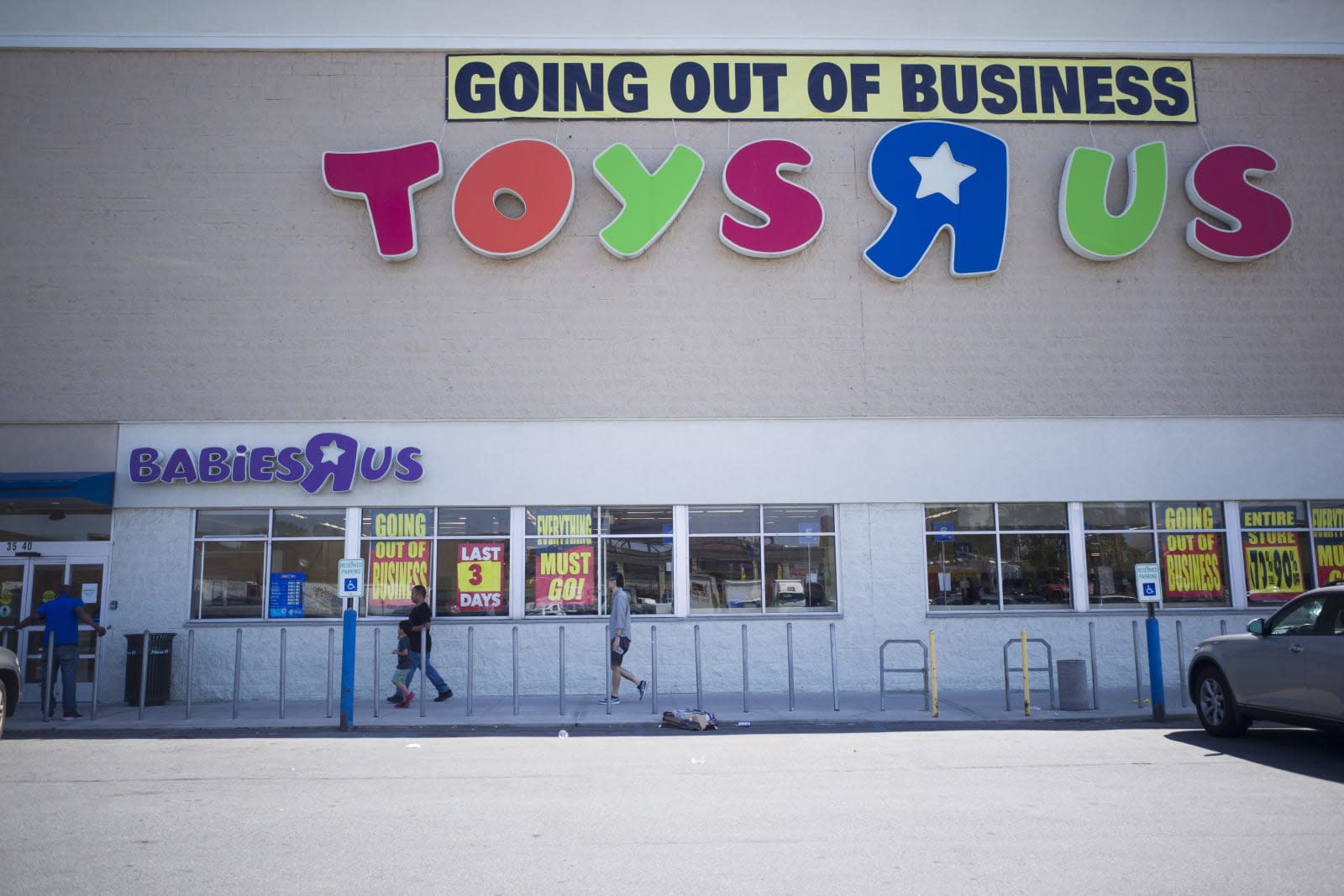 After entering Chapter 11 protection last fall, Toys 'R' Us announced in the spring that it would sell off international operations and shut down in the US. Now, its top lenders -- the billions of dollars in debt it carried did more to kill the chain than millennials or Amazon ever could -- have cancelled an auction that would've sold off the Toys 'R' Us and Babies 'R' Us names as well as some associated toy brands.

Instead they're working on a plan to revive the names, which they have ownership over everywhere except Canada. Now Geoffrey LLC. will own "trademarks, ecommerce assets and data" so we'll see if it actually turns into a store or if we just end up getting targeted ads based on gifts purchased eight Christmases ago. With the holiday season approaching, many of the 33,000 workers laid off are still fighting to see any severance pay. Last week, the Wall Street Journal reported that private equity firms Bain and KKR were putting together a fund to pay them.

In this article: bankruptcy, business, debt, gear, geoffreyllc, toysrus
All products recommended by Engadget are selected by our editorial team, independent of our parent company. Some of our stories include affiliate links. If you buy something through one of these links, we may earn an affiliate commission.