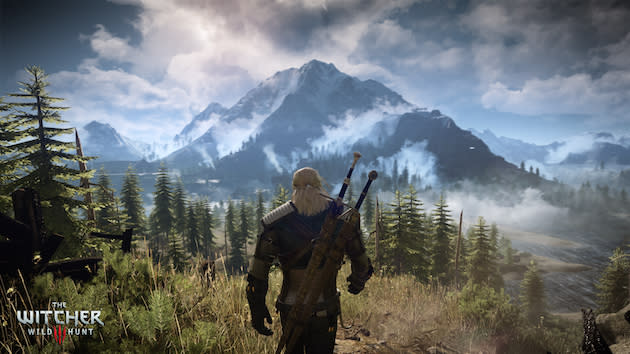 Andrzej Sapkowski, author of The Witcher series of novels, is pressing Polish games studio CD Projekt Red for more than $16 million in royalties, because he reckons he was short-changed during licensing agreements made back in 1997 -- licensing agreements he apparently keenly agreed to at the time.

The studio bought the rights to the story for an undisclosed sum, turning it into a series of games which went on to be hugely successful. In an interview with Eurogamer last year, though, Sapkowski, said he regretted the decision, because he didn't think the game would do as well as it did.

Sapkowski has now made a public demand for six percent of the profits obtained for the lifetime of the franchise, which adds up to more than $16 million for The Witcher 3: Wild Hunt alone. It's not clear whether this move has been prompted by years spent brooding on his lost millions since the game's success, or if he's been spurred into action following Netflix's acquisition of The Witcher's TV rights (for a no doubt much higher sum), but CD Projekt Red is having none of it. While Sapkowski's letter makes serious allegations against the studio running afoul of Polish royalties law, CD Projekt Red calls the author's claims "groundless", noting that "all liabilities payable by the company in association therewith have been properly discharged."

It's no surprise that Sapkowski is salty. The Witcher has been a huge money maker for CD Projekt Red. The year before Witcher 3's release, the company made around $2.5 million in net profits. The year after, that skyrocketed to $92.1 million. According to the company's latest financial report, it's got in the region of $174 million kicking around in cash, equivalents and bank deposits, so $16 million wouldn't bankrupt them -- although the company would have to factor in future deals if and when Witcher 4 comes out. But, while it says it hopes to reach an amicable resolution with Sapkowski, it's made it clear it won't be paying out any extra cash -- so this could be a very valuable lesson for creatives taking their work to market.

In this article: business, CDProjekt, demand, franchise, game, gaming, Netflix, personal computing, personalcomputing, royalties, Sapkowski, TheWitcher, Witcher3, Witcher4
All products recommended by Engadget are selected by our editorial team, independent of our parent company. Some of our stories include affiliate links. If you buy something through one of these links, we may earn an affiliate commission.