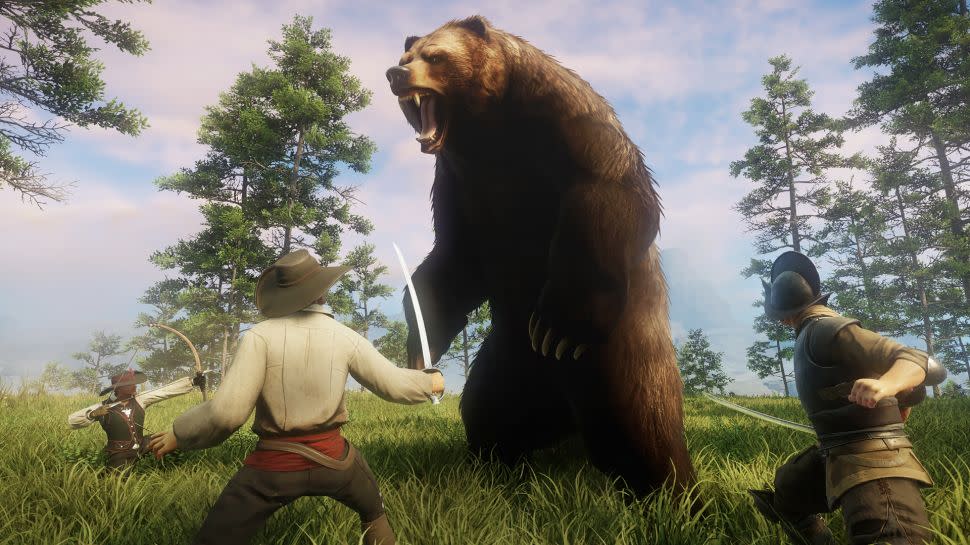 The video shows off some of the hunting, gathering, combat and crafting you can experience in the supernatural colonial setting. We see, for instance, a settler try to take down a bison with a bow and arrow, and then defend himself against what appears to be a zombie.

Naturally, given the game's genre, there are survival and character progression elements, including skill leveling, though it doesn't have a class-based system. The crafting appears to ape Skyrim a little, including using a tanning rack to make leather from hides.

The footage didn't have much in the way of the game's companies (i.e. guilds or clans), structure-building or player-versus-environment features. We do, however, get to see the world map, including forest, highland, grassland and shrubland areas. Having a large game world might be important if Amazon Game Studios is to meet its goal of harnessing Amazon Web Services cloud technology to have up to 10,000 New World players per server.

In this article: amazon, amazongamestudios, av, gaming, leak, mmo, newworld, rpg, survivalgame
All products recommended by Engadget are selected by our editorial team, independent of our parent company. Some of our stories include affiliate links. If you buy something through one of these links, we may earn an affiliate commission.