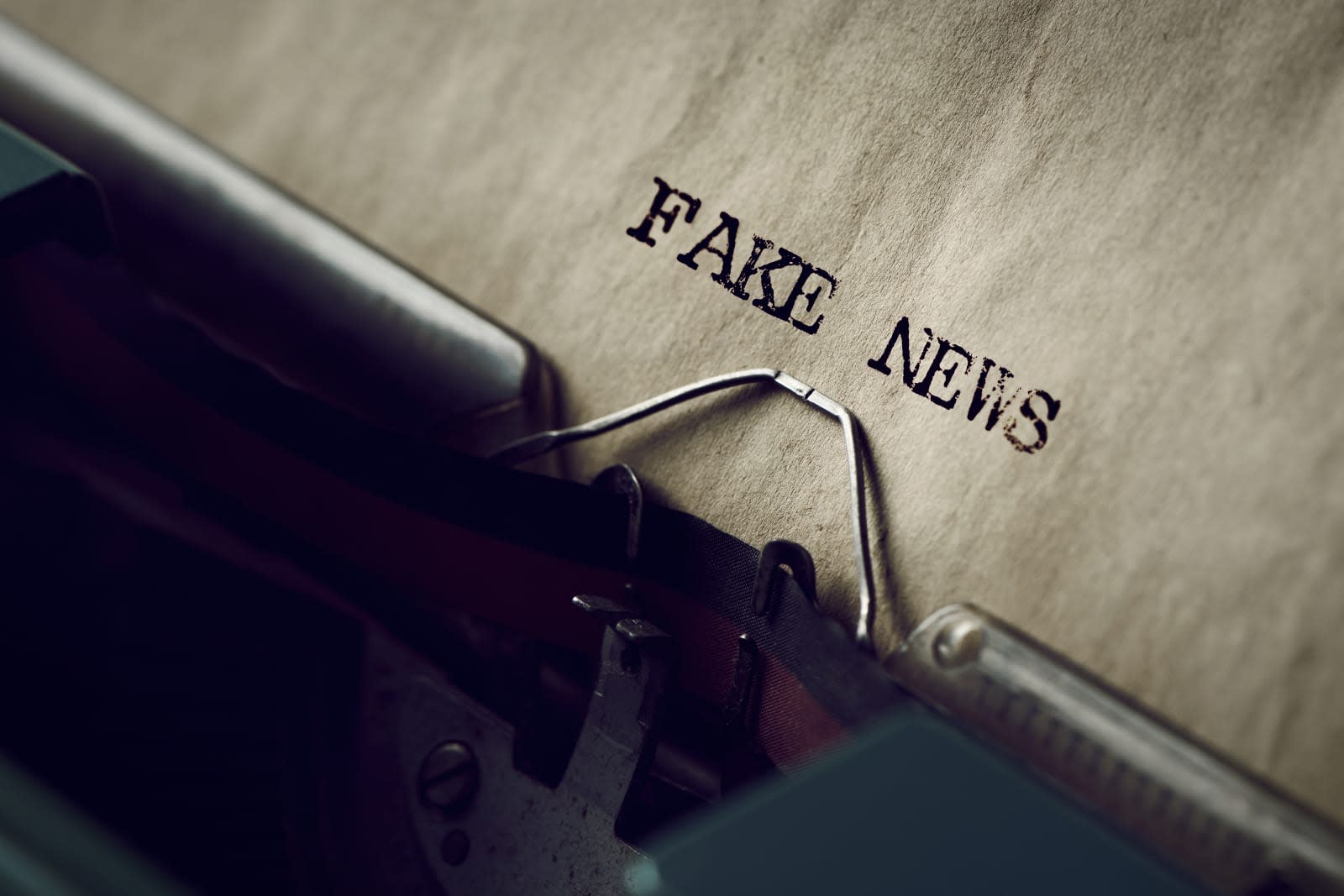 Internet giants are getting better at countering fake news. For the most part, though, they screen content on a story-by-story basis and only block entire outlets well after they've done significant damage. Researchers from MIT's CSAIL and Qatar's Computing Research Institute might have a better solution: use AI to measure the quality of the source. Their machine learning algorithm uses collections of existing articles to gauge the accuracy and bias of a given outlet on the assumption that a fake news peddler or spin factory isn't about to change its ways. Rather than focusing on the claims themselves, it studies the language used to express those claims.

The team used Media Bias/Fact Check's analysis of 2,000-plus news outlets to train the algorithm to look for the telltale linguistic cues of sites that push fake or heavily distorted news stories. These organizations tend to rely on hyperbolic, emotion-driven language like "crisis actor," "demonic" and "false flag," for instance. A left-biased site may talk about "fairness" and "reciprocity," while a conservative site may mention "authority" and "sanctity." The machine learning approach could even draw links between a site's authenticity and its Wikipedia page (longer is usually more trustworthy) or web addresses (complicated ones are more likely to contain fake news).

The AI isn't ready to be let loose on a real content vetting system. It can only detect accuracy with 65 percent effectiveness, and bias with 70 percent. It also requires 150 articles to make a reliable determination. That's enough to catch shady sites that have been around for a while, but it won't help so much for outfits that have only recently started disseminating fake data. Human fact-checkers may still be needed to double-check findings, at least for now.

As you might guess, the implications for a truly reliable system would be huge. Social networks could downplay or block stories from dishonest sites as a matter of course, and reserve human judgment for situations when the verdict isn't clear. Fact-checking sites, meanwhile, could immediately turn to the AI to decide whether or not a new source is valuable or junk. With that said, any company relying on this system could be walking through a minefield. There are already claims of political bias among search engines and social networks -- they might find themselves under further criticism if the AI flags a popular site, no matter how accurate the technology might be.

In this article: ai, csail, fakenews, gear, internet, machinelearning, mit, mitcsail, news, science
All products recommended by Engadget are selected by our editorial team, independent of our parent company. Some of our stories include affiliate links. If you buy something through one of these links, we may earn an affiliate commission.