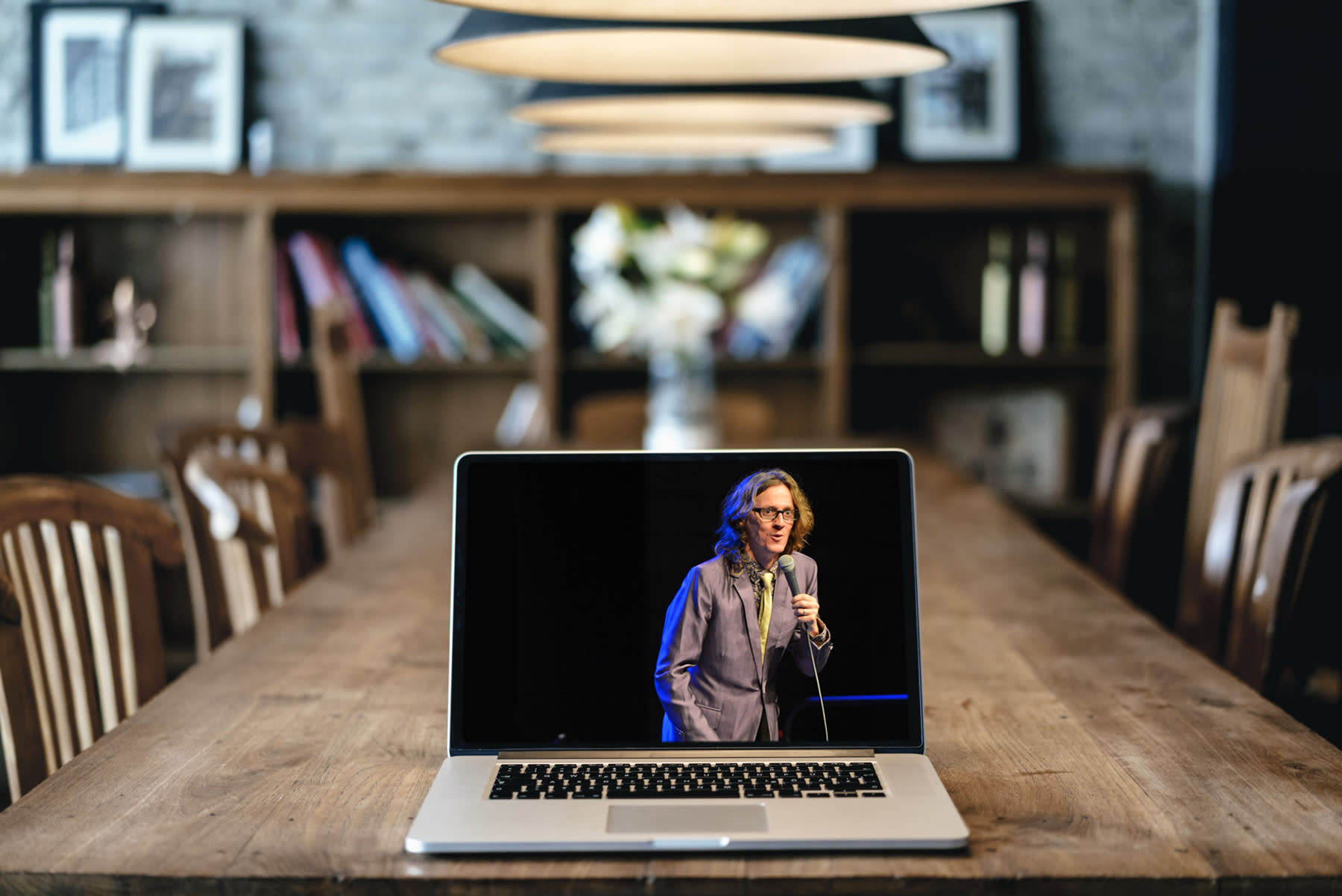 A specialist comedy streaming platform is aiming for success in the UK and beyond.

For such a benign business, the language of comedy is violent, with acts describing their efforts to kill their audience on a nightly basis. Unfortunately, unless they're an A-list act with a huge following, that's likely to be the only killing that they make on a regular basis. In the UK, comedy is a lucrative gig for the winners and a grossly underpaid one for everyone else. And it's even worse in the digital sphere, as acts struggle to convince people to pay for their jokes.

Despite this, a number of British companies are trying to make a living selling comedy online in the hope of turning the tide. The latest is (provisionally titled) Punkanary, a video-on-demand platform that's going to launch toward the end of 2018. Punkanary is the brainchild of Jon Jayson and Peter Wright, co-founders of The Comedy Crowd, a community for comedy creators.

When it launches, Punkanary will host a number of original comedy shows created by amateurs or anyone else. These shows, which can be any format, will need to meet minimum requirements -- they can't simply be a "stupid cat video or remake." But otherwise, people have free rein to create the comedy shows that their hearts have always desired.

From there, the shows will need to demonstrate that they can attract a fan base, judged to be 500 people watching and liking the clips. Once each show has passed that bar, it'll be eligible for broadcast on Punkanary TV, the aforementioned video-on-demand platform.

Non-members will only be able to watch a small amount of material, either a pilot, teaser or behind-the-scenes material. On that basis, they'll decide if they're prepared to pay to watch more and / or put money behind creators to make more episodes. Several shows have already added crowdfunding goals ranging from £500 ($650) through to £1,000 ($1,300). Plus, Punkanary will enable people to collaborate on future projects by adding a flag to their profile.

Whatever its eventual name, Punkanary is the culmination of a project that began in 2015, when Jayson and Wright penned their first sitcom. The pair found navigating the complexities of the comedy business frustrating, which prompted them to change things. They created the Comedy Crowd, a community to help like-minded creators find opportunities to get their work produced. The Crowd has grown to more than 6,500 would-be stars, who get a newsletter informing of the opportunities every week. "We then started running competitions for two-minute comedy videos," says Jayson, "as a way of getting [the community] to create." The clips, "Chorts," are intentionally short to enable people to try their ideas without a lot of investment or effort. They're showcased both on the Comedy Crowd website and at special live screenings. And it's a popular competition: The 2018 Chorts saw 262 submissions.

Punkanary is the next logical step: a VOD platform to showcase the original content from folks who feel like they're not getting a fair shot at the big time. "There's so much great stuff out there that doesn't get an opportunity in the six TV channels in the UK that commission," said Jayson. Social media may have democratized comedy, but Jayson doesn't feel it helps, saying that "unless it goes viral [on YouTube] it just gets lost amongst thousands of things."

Punkanary is in a very early beta though anyone can peep the platform's progress by visiting the site. At the time of publication, there are 15 clips available, several are repurposed Chorts, while others run a lot longer. All of them have been filmed by amateurs on digital cameras or smartphones, adding to a lo-fi vibe.

The grungy aesthetic is something that, for now, Punkanary will embrace rather than avoid. "In the longer term, we want to be involved and help with production ourselves," said Jayson. But he added that "as long as the audio and picture is clear, you can make funny content without it being high definition." In his mind, it's more important for people to demonstrate their comic chops than their skill with a camera.

At this stage, it wouldn't be fair to comment on the quality of the content, but the tone and topics involved vary wildly. One or two clips contain material that some may find offensive and that may fall foul of evolving community guidelines. Jayson says that creators are obliged not to make their content "defamatory, harmful, racist or unlawful." But beyond those common-sense limits, the team won't become the sole, self-imposed gatekeepers of what is, and is not, funny. "We say to people," explained Jayson, "if you can prove there's an audience, and it's comedy, then it should be screened."

Jayson believes Punkanary's strength will be in developing its community first, then working on the content. Rather than buying an expensive platform and glossy content, the pair will try to cultivate an audience in a slow, sustainable manner. It remains to be seen, however, if people will be prepared to pay for clips that may otherwise have been found on YouTube.

Getting people to open their wallets is just one of the many challenges that Punkanary will face on its journey to launch. The co-creators are also working on working out how much material will be available for free, and how it goes about funding the rest. This could range from subscriptions through to a Freemium model, relying on advertising or sponsorship. 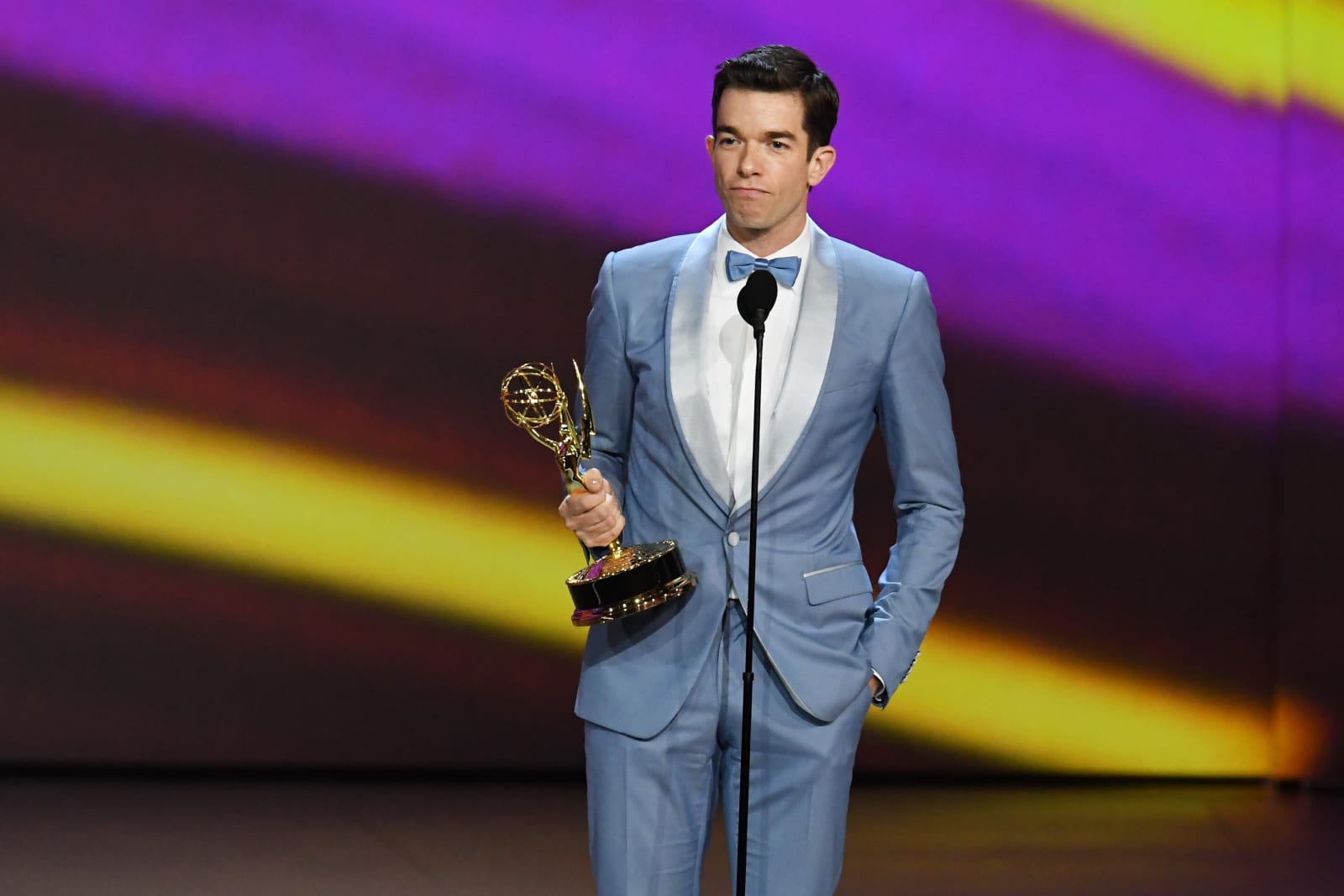 Between the glut of broadcast TV stations and the rise of streaming services like Netflix, Hulu and Amazon, we are in the era of Peak TV. Peak TV is responsible for a comedy boom, but in the UK, the greatest beneficiaries are stand-up comedians and producers of panel shows. Both genres require limited investment and are virtually guaranteed to find enough of an audience to be sustainable.

Their success comes at the expense of more expansive formats, like the sketch show and sitcom, which have much greater risk of failure. Sally Philips, the Emmy Award-winning co-creator of Smack The Pony, recently bemoaned the lack of sketch shows being made.

Is the sketch show dead? Are you commissioning television sketch shows anymore @bbccomedy? @Channel4 or are they too expensive? Are you interested @NetflixUK? Do ppl want to watch them anymore? Genuine question.

Sitcom veteran James Cary, co-creator of Bluestone 42 and co-host of the Sitcom Geeks podcast, is similarly pessimistic about his preferred format. Some of the great writers, like Renwick and Marshall, he said, "came through writing sketches for long-running, weekly shows." But these days, "these shows no longer exist," reducing the chances for "people to develop and learn skills at the highest level."

Ironically, sitcoms may not get much love from TV executives, but the four-camera audience show is still a blockbuster. In the US, the two most popular narrative shows of the 2017/18 season were Roseanne and The Big Bang Theory. In the UK, re-runs of Dad's Army, a sitcom produced between 1968–1977 can often match, or beat, the ratings of a prime-time drama.

Cary says that there "are still [sitcom] slots on BBC One, but they are few and far between," adding that the limited chances "puts more pressure on the ones commissioned." And, like Jayson, Cary says that the biggest opportunities go to experienced creators "who came through under the previous system."

But a change is coming, and it may be that sites like Punkanary ride the wave to commercial success. "As far as the non-performing writer goes, it's hard to see opportunities," says Cary, "but you need to create them." Cary cites his collaborator Dave Cohen, who says that we are entering the era of the "writer-preneur," who is using the internet to their own ends.

The online comedy market has played host to at least one spectacular failure in the last few years. SeeSo, NBC's comedy-only SVOD platform ran for just 23 months between January 2016 and November 2017. On paper, the platform couldn't fail, leveraging NBC's reputation for nurturing popular, award-winning comedies. Sadly, turmoil at the network and lower-than-expected customer numbers forced the service to shut down.

Others have fallen, as well, including the UK arm of Funny or Die, which lasted just 18 months in the country. Door9, which offered independent filmmakers the chance of reaching a wider audience, closed in 2015. In the pre-streaming age, Britain's comedy market was propped up by the sale of DVDs through the holiday season. But as demand for physical media dried up, the door was opened for streaming services to take advantage.

And in the UK, this voice has been filled by British startup NextUp, which focuses on hour-long stand-up shows. For £3.99 ($4.99) a month, subscribers can watch recordings of live shows from brand-name acts with established TV careers as well as rising stars. In its two years of life, the company has a library of 100 titles, with a new show being added each week.

"There was an initial reluctance about the internet," explained NextUp co-founder Sarah Henley, "because comics tour the same set for a year." Acts were worried that, if users saw their show online, it might hurt their live sales. NextUp convinced them that, by putting their material behind a paywall, their work wouldn't be devalued, and it would become a lucrative revenue stream.

Henley, along with Daniel Berg and Kenny Cavey, are all comedy fans who run the ComComedy night and website. They, along with former BBC Worldwide comedy executive Stuart Snaith, went about building a platform with the aim of dominating online stand-up. As well as the streaming platform, the company has signed deals with Virgin Atlantic and Audible to syndicate shows.

NextUp is run on a co-operative basis, with revenue split 50-50 between the company and the acts, once production costs are made back. Each video is paid on a per-minute-watched basis, and it is, apparently, popular enough to make the performers a decent amount of cash. And, like Punkanary, NextUp sought to build the community, rather than the product, first. "We started with a minimum viable product," said Henley, "which was just 30 shows, but the uptake was great."

There are some who believe that comedy, like many other genres, are better served by niche platforms than the broadcast landscape. Bruce Tuchman, former president at both AMC Global and MGM Worldwide, wrote that specialized players are the future. His contention is that while generalists have their place, it's the niche players that will "become one of the predominant forms of TV." Tuchman cites the example of cable channels like ESPN and MTV that cleaved sports and music away from the liner schedule and became a success.

Punkanary may be a fresh beachhead onto which comedy will land, enabling sketch performers and sitcom writers to find their voice. NextUp, will showcase stand-up shows from original voices that haven't yet had their break, or maybe never would otherwise. The era of the writer-preneuer may be closer than we all think.

A consistent thread amongst a lot of the people in the comedy world is how they were inspired by the BBC. Jayson's first love was domestic sitcom The Royle Family while Henley fell in love with Fawlty Towers. "It'll be interesting, asking these questions in 20 years time," said Jayson, "because now the landscape has changed." Perhaps the next generation won't be lauding the BBC's output but talking about how these online creators sparked their imaginations.

Some quotes have been edited for length.