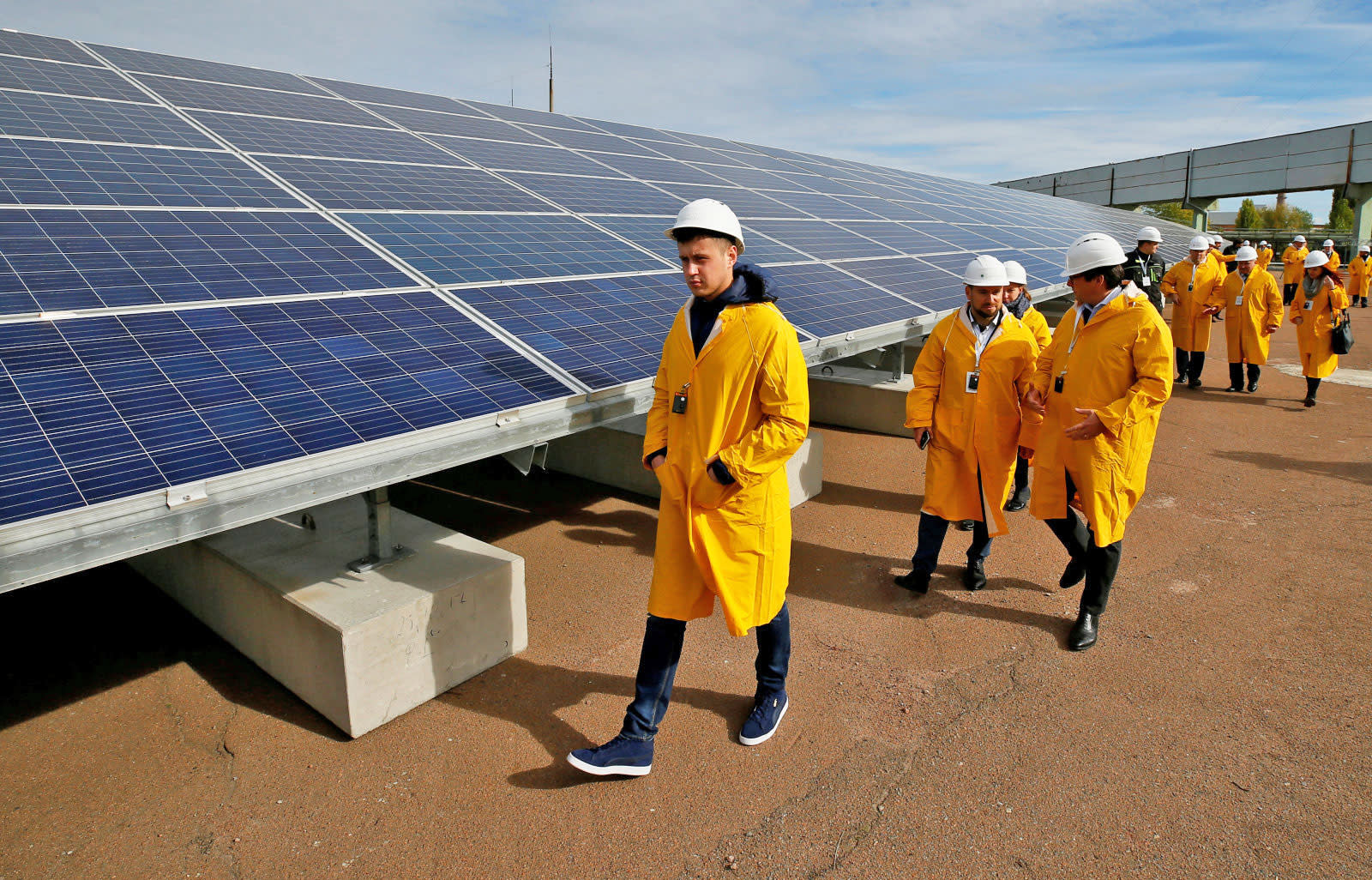 In 1986, the world experienced its worst nuclear disaster to date when an accident at the Chernobyl nuclear power plant exposed large swaths of Europe and the Soviet Union to radioactive material. The area around the now defunct plant is uninhabitable and humans won't be able to safely live there again for another 24,000 years. But that land isn't totally going to waste, as a small solar plant has now been constructed on the site.

Across from the decommissioned nuclear plant are 3,800 solar panels, enough to power around 2,000 homes. The area hasn't produced power since Chernobyl's infamous nuclear power plant officially shut down in 2000 and Valery Seyda, head of the plant, told Reuters that it looked like it might never do so again. "But now we are seeing a new sprout, still small, weak, producing power on this site and this is very joyful," he said.

The idea for the Chernobyl solar plant was proposed back in 2016. And AFP reports that the plan is to add to the solar plant, aiming to eventually turn the current one-megawatt plant into a 100-megawatt station. Ukrainian officials have reportedly offered investors nearly 6,200 acres of land for solar panel construction.

In this article: chernobyl, gear, green, NuclearPower, SolarPlant, SolarPower, tomorrow, ukraine
All products recommended by Engadget are selected by our editorial team, independent of our parent company. Some of our stories include affiliate links. If you buy something through one of these links, we may earn an affiliate commission.