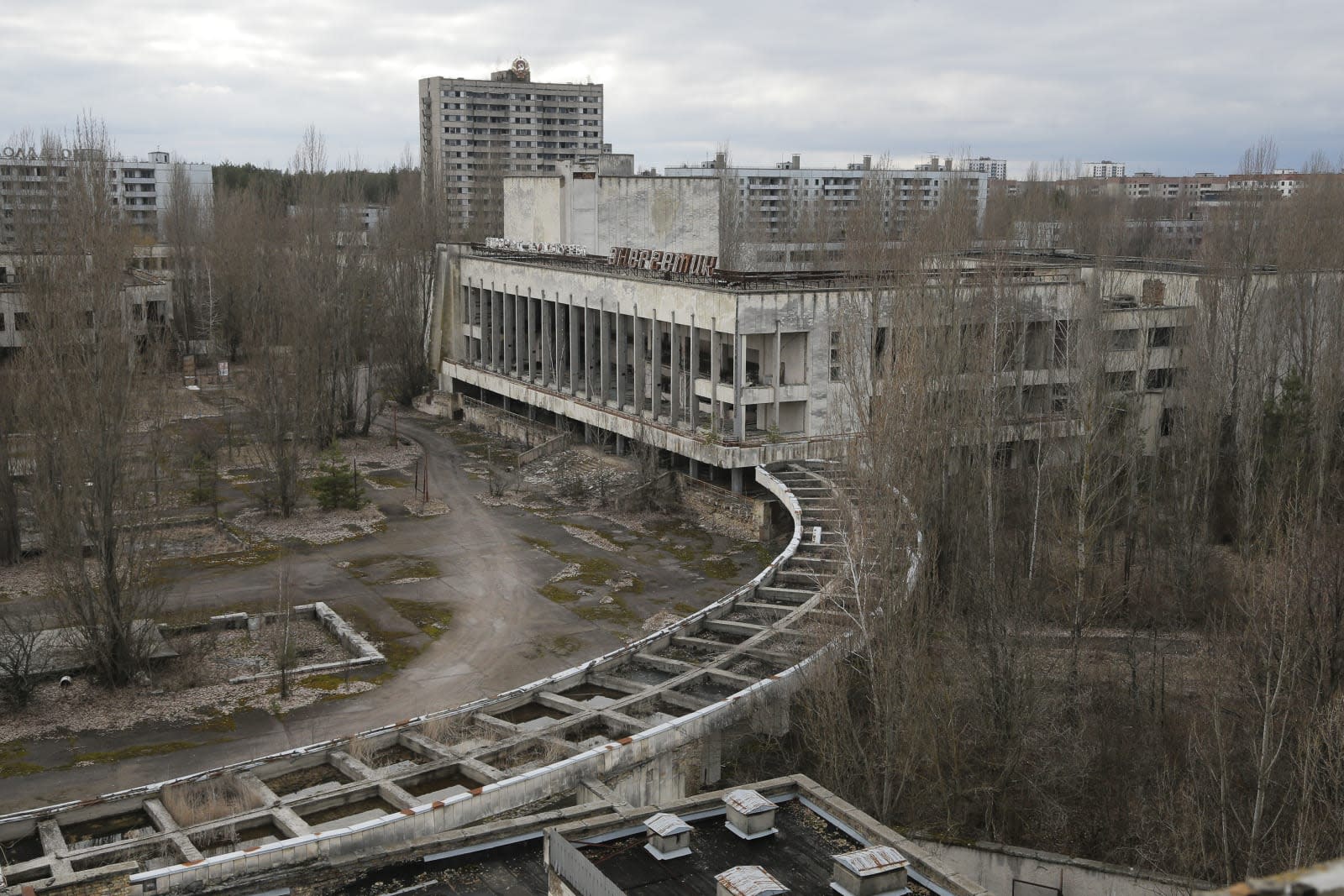 A new proposal from the Ukrainian government hopes to turn part of the wasteland around the world's largest nuclear disaster into a 60 square km solar and renewable energy park. As the Guardian reports today, the Ukraine is currently seeking funding to transform unused -- and dangerously radioactive -- land into a power plant that could generate about 1,400MW of power, or about a third of what the nuclear plant could churn out before experiencing its notorious accident.

The proposal claims about 1,000MW of that power could be generated in a massive solar park, which would make it the largest solar farm on the planet. For comparison, Longyangxia Dam Solar Park covers around 23 square kilometers and has a capacity of about 850MW. Meanwhile, Ivanpah Solar Power Facility, which uses concentrated solar thermal power instead of photovoltaic cells, covers about 14 square km and has a capacity of about 392MW.

Working to the project's advantage: the land within the 1,000 square km exclusion zone is obviously cheap and abundant. Plus, it reportedly gets strong sunlight and the power grid infrastructure left over from the Chernobyl plant is still mostly intact. On the other hand, the proposal does not detail how the solar panels will be built and maintained in an area that is still considered to be uninhabitable.

Regardless, one major bank has signed on, at least tentatively for now. As spokesperson for the European Bank for Reconstruction and Development, which also built the $500 million sarcophagus around the original power plant, told the Guardian it "may consider participating in the project so long as there are viable investment proposals and all other environmental matters and risks can be addressed to the bank's satisfaction."

In this article: chernobyl, green, science
All products recommended by Engadget are selected by our editorial team, independent of our parent company. Some of our stories include affiliate links. If you buy something through one of these links, we may earn an affiliate commission.