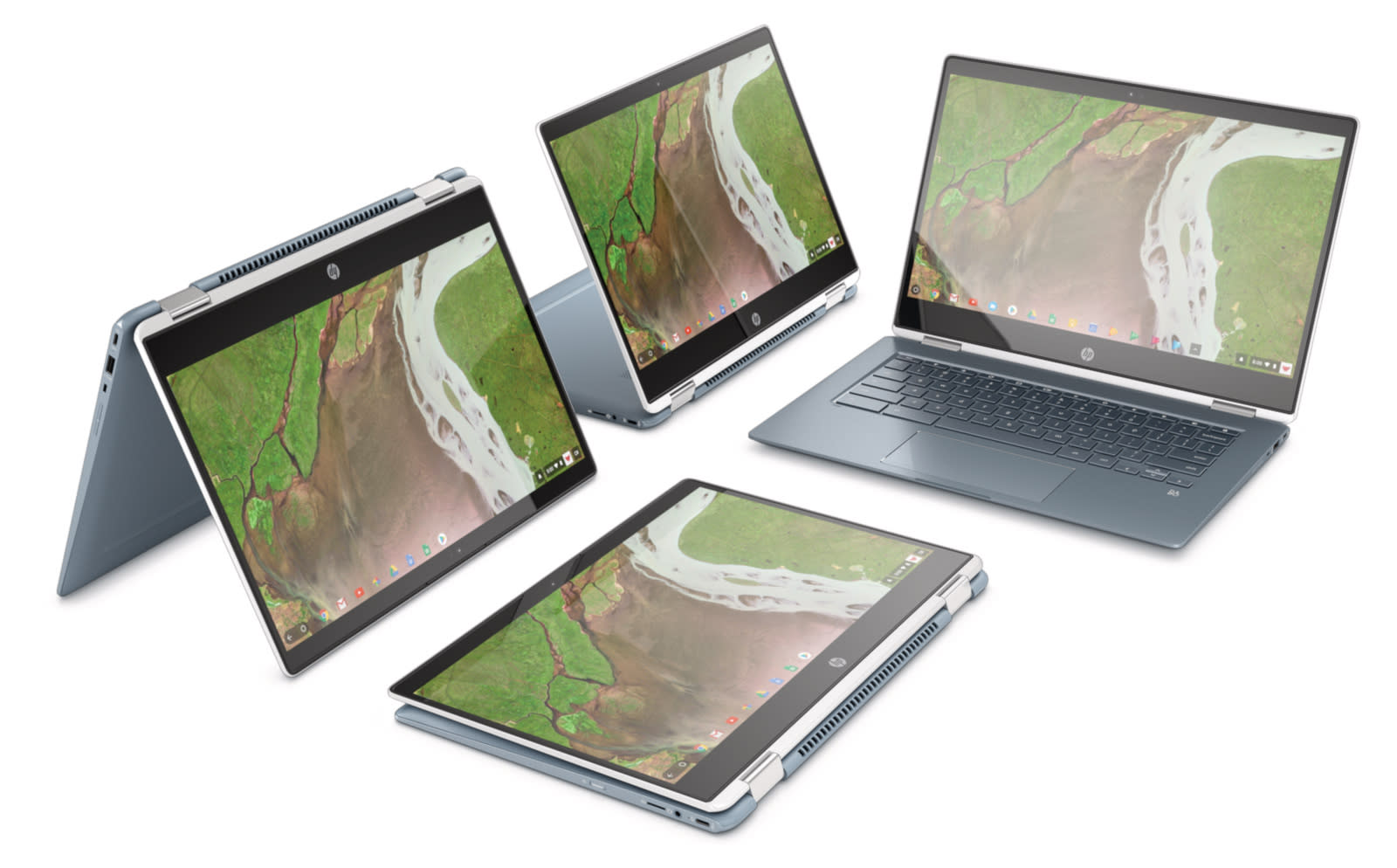 HP has announced a new contender in the growing premium Chromebook market, and it's like a bendy MacBook Air with a 360-degree hinge that you can use in four different configurations. The device, officially called the X360 14, is the brand's thinnest convertible Chromebook yet. It's a follow-up to the original x360 released in 2017, except it's 14 inches instead of 11, with a more expensive-looking design and better specs.

The x360 14 has a Full HD touch display, up to 14 hours of battery life, 64GB of SSD storage and 8GB of RAM powered by 8th Gen Intel Core i3 and i5 processors. Plus, even though it only measures 16 mm in thickness, it has plenty of ports, including two USB Type C, 1 USB Type A, a microSD slot and an audio jack.

HP seems to have designed the device after conducting a survey wherein most responder said they found convertibles a lot more fun to use than typical laptops. Kevin Frost, vice president and general manager of HP Consumer PCs, also said that the company created it as a premium device due to the success of the HP Chromebook x2. "With the success of the HP Chromebook x2 earlier this year, customers have signalled they want premium choices and powerful experiences in their Chrome OS devices," he said in a statement.

When the X360 14 drops on October 21st in the US, it has to compete with quite a few other devices in its category, including Lenovo's new Yoga Chromebooks, which also have 360-degree hinges, and Dell's 2-in-1 Chromebook. You can now pre-order the device from HP's or Best Buy's website for $599 and above.

In this article: chromebook, gear, hp, personal computing, personalcomputing
All products recommended by Engadget are selected by our editorial team, independent of our parent company. Some of our stories include affiliate links. If you buy something through one of these links, we may earn an affiliate commission.