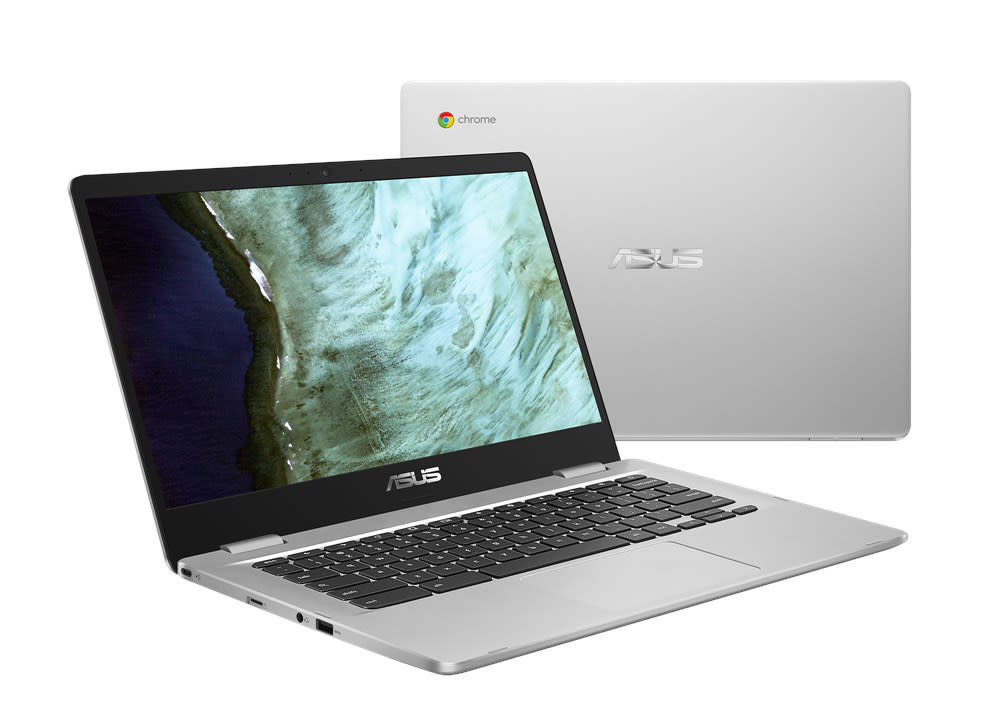 After HP launched its thinnest convertible Chromebook yet, Asus has also announced a super-thin Chromebook of its own. With a height of 16.1 mm, the C423 is only 0.1 mm thicker than HP's and the one you'd probably go for if you have a tight budget. While Asus hasn't released its pricing yet, it has some components that scream mid-range unlike HP's premium contender.

It has a 14-inch screen with a narrow bezel, but you can choose between a full HD touchscreen display and a non-touchscreen one that has a 1,366x768-pixel resolution. The former is powered by a Pentium quad-core processor, while the latter (and obviously cheaper model) runs on a Celeron dual-core chip. It also has up to 64GB of storage, 8GB of RAM, two USB-C and two standard USB ports, along with a microSD card slot. Asus says its battery can last for 10 hours on a single charge.

The C423 doesn't have a 360-degree range of movement like HP's x360 14 or Lenovo's Yoga Chromebooks, but it has a 180-degree hinge and can lay flat on a surface. It can also access Google Play, so you can install Android apps on the device. Unfortunately, Asus has yet to reveal when the C423 will come out and how much it will cost. Seeing as HP's new x360 will set you back at least $599, you can probably expect its prices to start much lower than that.

In this article: asus, C423, chromebook, gear, personal computing, personalcomputing
All products recommended by Engadget are selected by our editorial team, independent of our parent company. Some of our stories include affiliate links. If you buy something through one of these links, we may earn an affiliate commission.