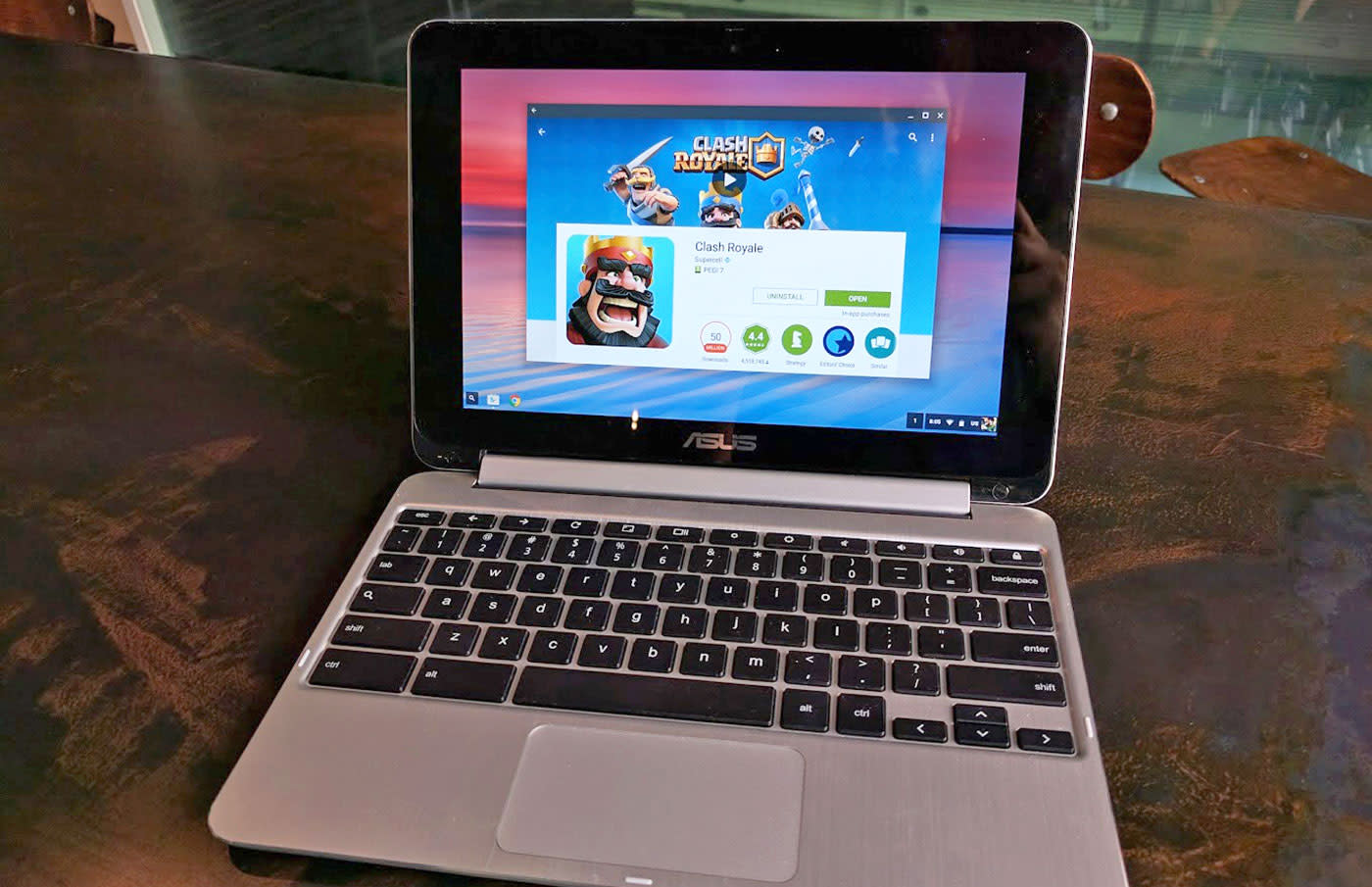 The ASUS Chromebook Flip is the first Chrome OS device to get Android Apps after Google announced the feature at its I/O conference in May. If you own that device and are willing to download an early alpha version of Chrome OS 53, the Google Play store icon will appear on the desktop. According to Google's François Beaufort, the build should also bring Android apps to the 2015 Chromebook Pixel and Acer Chromebook R11. However, some Reddit user say that the Play Store isn't yet working on those devices.

Google first revealed that Chrome OS would get Android apps back in 2014, so the feature has obviously taken a long time to implement. The company recently showed a demo (above) to give you an idea as to how it would work. The takeaway is that it's probably best to have a touchscreen and reasonably powerful machine. Android apps will benefit Chrome OS users enormously, letting them easily swap files and work offline.

For now, the laptop acts like Android 6.01 and only works with tablet apps. Reddit users say there are minor bugs with the accelerometer and racing games, but generally report that it's working well considering it's still a developer build. However, users who rely on their Chromebooks should wait until at least the beta software comes in about a month. Other devices will get Android apps "later in 2016," according to Google -- for a complete list, check here.

In this article: AndroidApps, Apps, AsusFlip, Chromebook, gear, google, GooglePlay, personal computing, personalcomputing
All products recommended by Engadget are selected by our editorial team, independent of our parent company. Some of our stories include affiliate links. If you buy something through one of these links, we may earn an affiliate commission.