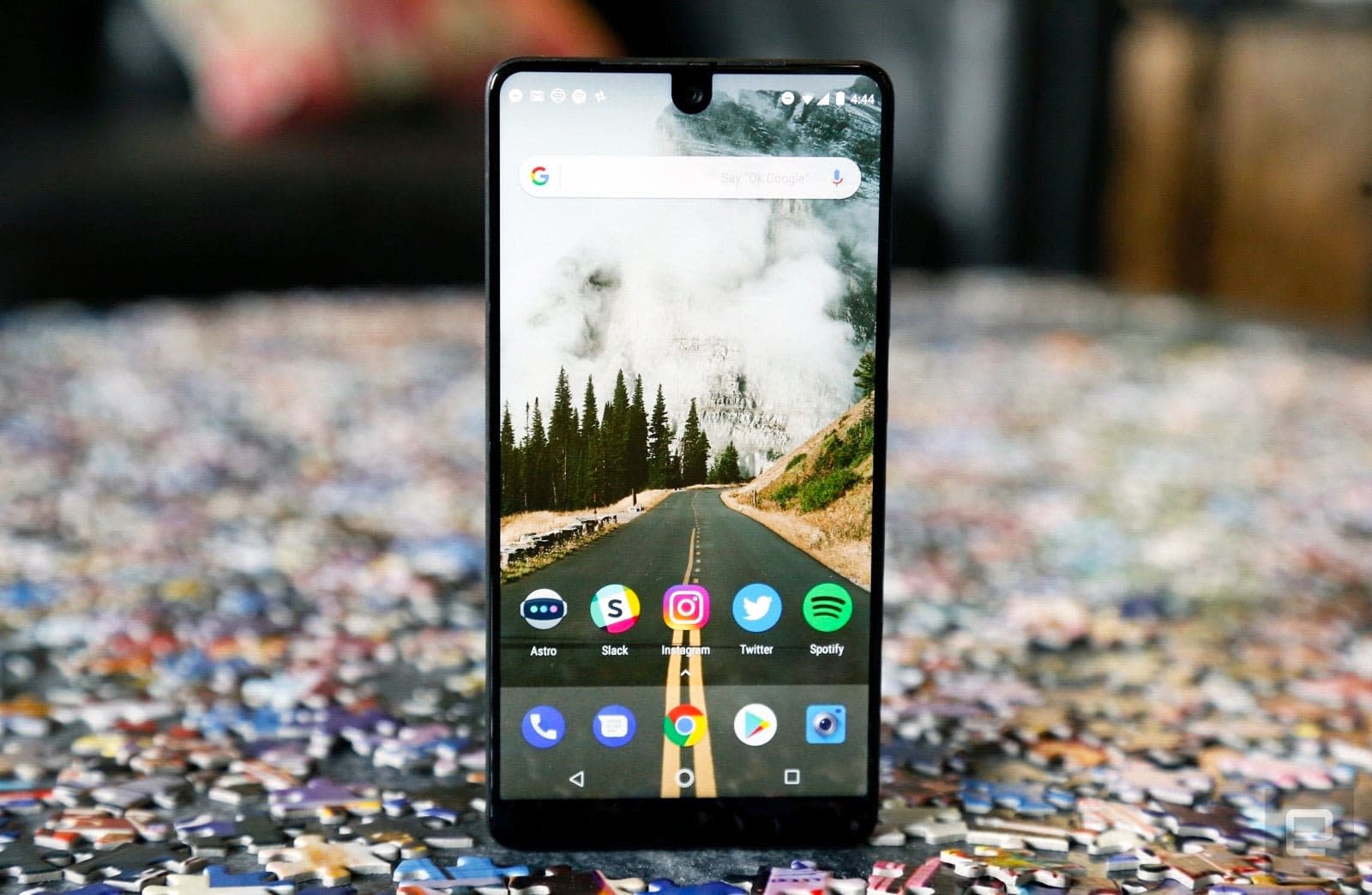 Essential Products, Inc., had a lot of promise as an electronics startup run by Andy Rubin, the creator of Android, but the company has floundered a bit in practice. Now, according to Bloomberg, Essential is putting aside all of its projects to focus on a phone that will double as an assistant: It will learn your behavior and be able to respond to messages for you.

The company's first smartphone, the Essential Phone, was a sleek-looking device that didn't compromise on specs. However, while it looked great, it was riddled with bugs and was priced too high to have wide appeal. Additionally, Rubin was been accused of sexual misconduct during his time at Google late last year and took a short leave of absence from the company. After that, Rubin put the company up for sale. Now, though, he's focusing on a new device, after cancelling a new version of the Essential Phone and a home speaker because they weren't quite different enough from what's already available.

This new handset, though, is remarkably different than anything else currently on the market. It's designed to be operated through voice commands; the screen will be relatively small. Essential's AI software will be able to book meetings, answer emails and text messages and more without your input, leaving you free to go about your day. The goal, Rubin told Bloomberg, is to help those with smartphone addiction.

Google is starting to implement this kind of auto-response in Gmail (the end goal of which is for you to spend less time in your inbox), but it still requires user input. Completely independent AI assistants are a provocative idea, to be sure, but there are questions on their limits. After all, anyone who regularly uses smart assistants knows how dumb they often can be. Would you really trust your inbox and calendar completely to one?

In this article: android, andyrubin, essential, essentialphone, gear, mobile
All products recommended by Engadget are selected by our editorial team, independent of our parent company. Some of our stories include affiliate links. If you buy something through one of these links, we may earn an affiliate commission.