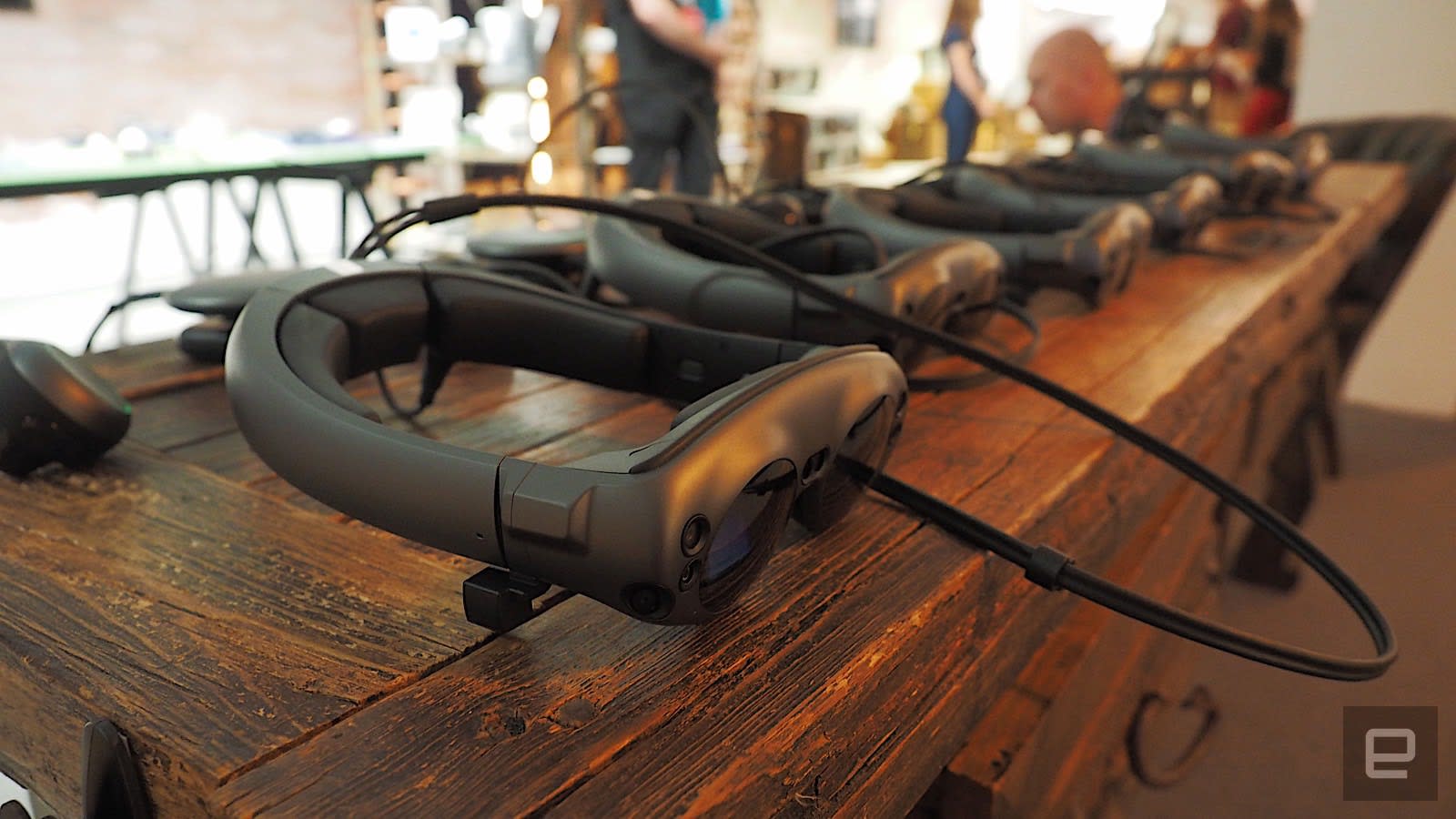 A few months ago, Magic Leap announced that it will run exclusively on AT&T's network. Today, at LEAPCon in Los Angeles, the two companies have announced even more details about their collaboration. For one thing, AT&T plans to launch a DirecTV Now beta to Magic Leap One headsets in 2019, which basically lets you watch your favorite TV shows with Minority-Report-like floating screens. You can even position up to four different live streams in front of you so you can watch them at the same time.

What's more, AT&T will also have Magic Leap One headsets in stores this fall, mostly as a way to demo WarnerMedia content with characters and scenes from the latest Warner Bros. movies.

AT&T will also launch a 5G test zone in Magic Leap's campus in Plantation, Florida so that developers can stress test the platform with upcoming 5G speeds. The company is also hosting a Spatial Computing Hackathon in San Francisco in November to get more content creators on Magic Leap.

John Donovan, AT&T's CEO, said on stage that he compares the Magic Leap exclusivity with the iPhone exclusivity back in 2007. The iPhone was similarly in untested territory, he said, that it was also something that you had to try to believe. "New and immersive experiences from Magic Leap's developers eventually riding on the AT&T mobile 5G network will redefine entertainment and productivity," said Donovan in a statement.

In this article: att, gear, leapcon, magicleap, personal computing, personalcomputing
All products recommended by Engadget are selected by our editorial team, independent of our parent company. Some of our stories include affiliate links. If you buy something through one of these links, we may earn an affiliate commission.