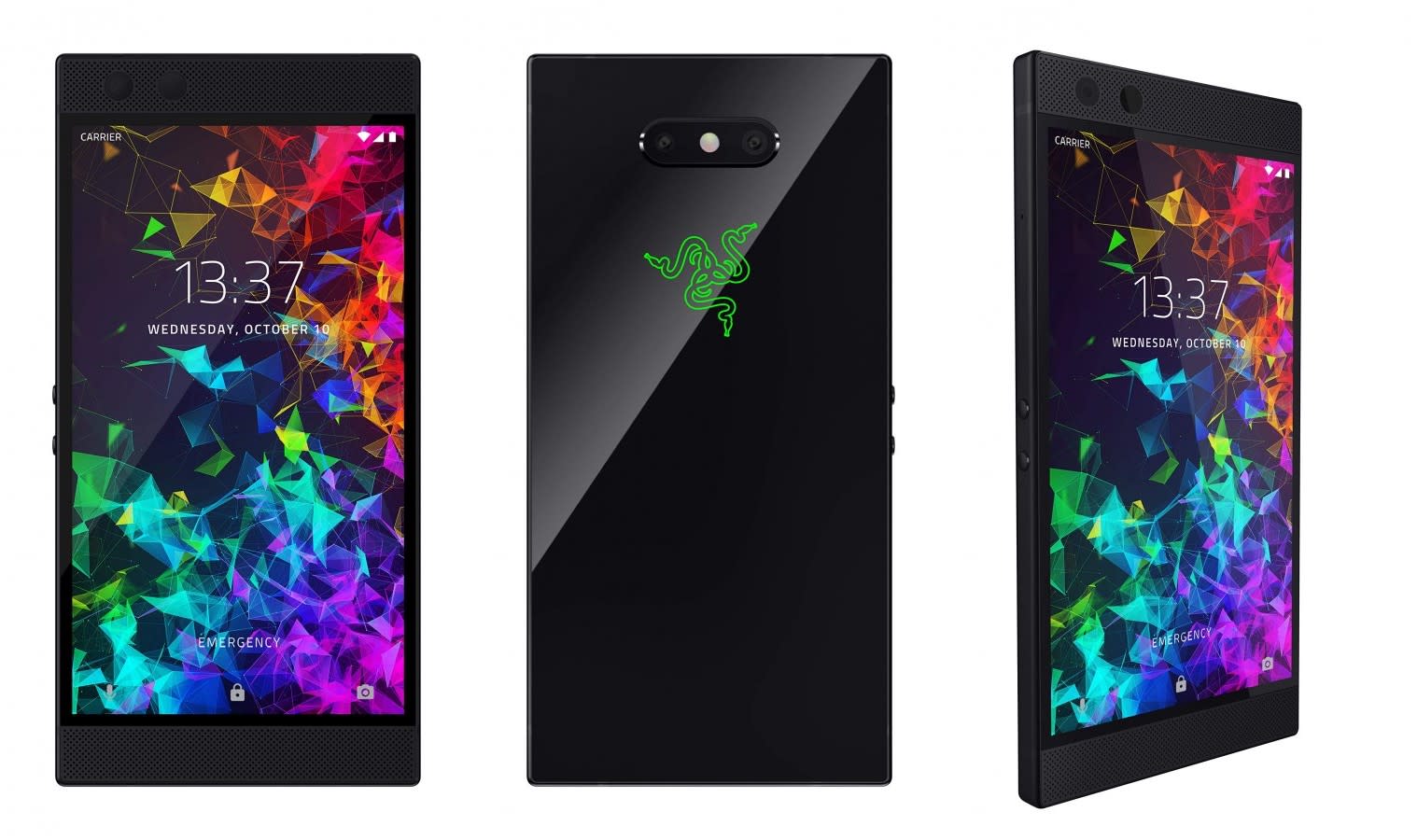 Razer is expected to unveil its second phone today, and another leak has given us a more detailed look at what's to come. Last month, leaked images showed that the Razer Phone 2 would look very much like its predecessor, with a couple of exceptions, but a prematurely posted product listing from Amazon Italy has now laid out a few of the phone's specs.

We heard you—so hear what we have to say.
Less than 12 hours to FLAGSHIP//GAMING: https://t.co/AoQFCt8bts pic.twitter.com/jzHFW96WSr

As GSMArena reports, the listing, which has since been pulled, confirms that the phone will feature a customizable RGB backlit logo and a new camera placement. It also comes with a Snapdragon 845 processor -- an upgrade from the original -- as well as 8GB of RAM and 64GB of storage. The screen appears to be the same as the first Razer Phone, measuring 5.7 inches and boasting refresh rates of 120Hz, while the phone itself will now be IP67 water resistant. Razer is also introducing wireless charging.

One of our complaints with the original Razer Phone was the rather basic camera, but unfortunately, today's leak didn't provide any info on what to expect in that regard. However, one of the criticisms included in the tweet above mentions the camera, so maybe some improvements are on the way. The Amazon Italy listing also reportedly didn't describe the battery capacity. The good news is, with Razer's event happening today, we shouldn't have to wait too long for more information.

In this article: gadgetry, gadgets, gaming, gear, mobile, razer, RazerPhone, razerphone2, WaterResistant, WirelessCharging
All products recommended by Engadget are selected by our editorial team, independent of our parent company. Some of our stories include affiliate links. If you buy something through one of these links, we may earn an affiliate commission.