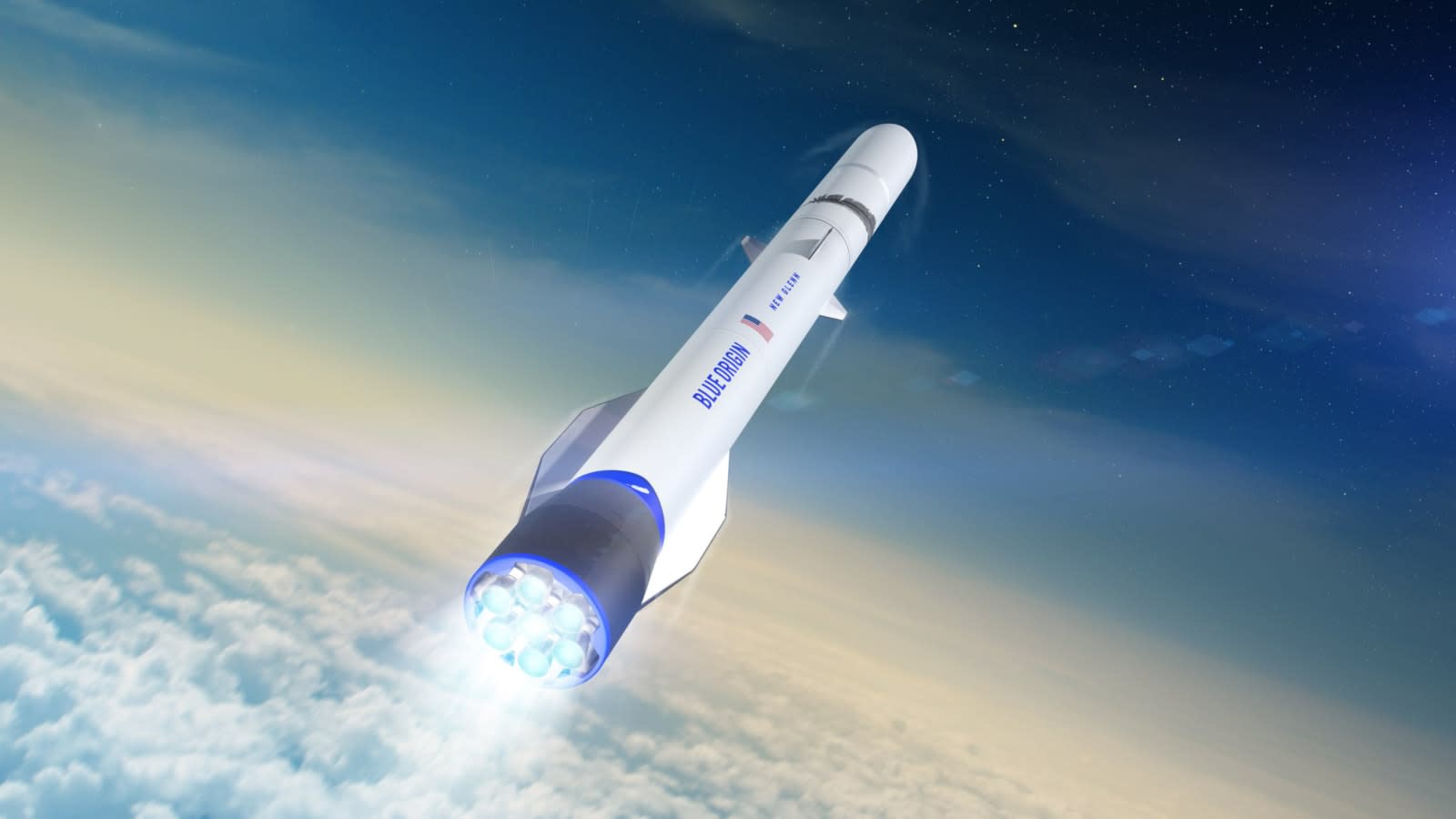 The US Air Force has just awarded three aerospace corporations contracts worth $2.2 billion in an effort to ensure that it can rely on domestic partners for launch vehicles. One of those companies is the Jeff Bezos-owned private space company Blue Origin, which will receive $500 million for the development of its New Glenn heavy lift orbital rocket. New Glenn was designed to have a reusable first stage and have the power to fly a 50-ton payload to Low Earth Orbit or a 14-ton load to geosynchronous orbit.

Honored to be selected by @usairforce through the LSA acquisition. With this, we will pursue a Vandenberg launch site and gain certification for national security missions. Thrilled to leverage our commercial heavy-lift #NewGlenn launch vehicle for these important missions. pic.twitter.com/35OMPkAjuO

Thank you to the @usairforce for your confidence in the @BlueOrigin team and our #NewGlenn rocket. We are proud to serve the national security space community and are committed to providing safe, reliable access to space for the nation. #GradatimFerociter pic.twitter.com/AeO3xXhnUi

According to the Air Force, it had to develop a strategy that can accelerate domestic companies' quest to get National Security Space launch requirements. That's due to the government's mandate to move away from reliance on foreign rockets and the retirement of ULA's Delta IV. Aside from Blue Origin, the two other companies that won a contract with the Air Force are United Launch Alliance (for its Vulcan-Centaur booster) and Northrop Grumman (for its OmegA launch system).

Lt. Gen. John Thompson, the Air Force's Program Executive Officer for Space and the project's commander, said in a statement:

"These awards are central to the Air Force goal of two domestic, commercially viable launch providers that meet National Security Space requirements. These innovative public-private partnerships with industry provide a path to develop launch vehicles to assure access to space, address the urgent need to transition away from strategic foreign reliance, and provide responsive launch capabilities to the warfighter."

Blue Origin has announced on Twitter that it will pursue a launch site at the Vandenberg Air Force Base, so the New Glenn can blast off either from the California base or from Cape Canaveral in Florida. According to Parabolic Arc, the company expects to complete its work on New Glenn by July 21st, 2024, after which the rocket will start flying national security missions.

In this article: airforce, blueorigin, newglenn, space, tomorrow
All products recommended by Engadget are selected by our editorial team, independent of our parent company. Some of our stories include affiliate links. If you buy something through one of these links, we may earn an affiliate commission.