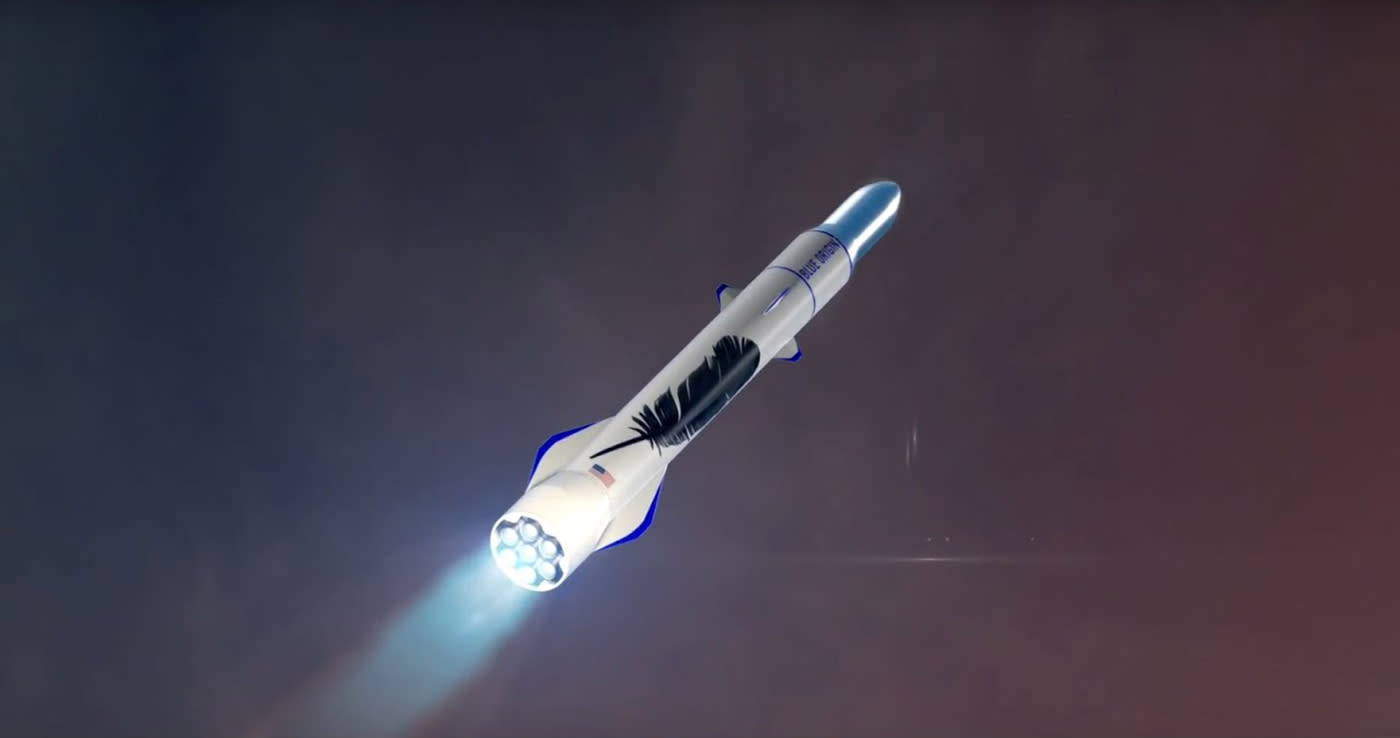 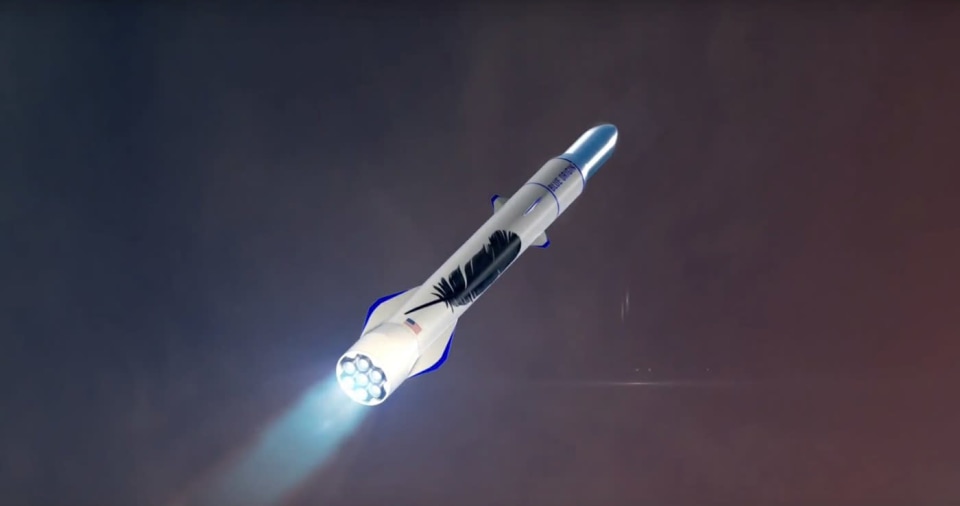 Yesterday Blue Origin showed off the BE-4 engine for its "New Glenn" rocket, and today CEO Jeff Bezos revealed its launch customer and an animation showing how it'll fly. Its new ship is capable of putting a 50-ton payload into a low-Earth orbit or 14 tons in a geosynchronous orbit and then landing the first stage on a moving barge (video, below). That's nearly identical, of course, to what the SpaceX Falcon 9 can do. Blue Origin has also landed the New Shepard's first stage multiple times (on land), but it's not an orbital-capable rocket like the Falcon 9.

At the Satellite 2017 event in Washington DC, Jeff Bezos also revealed that the New Glenn's launch customer with be Eutelsat, a France-based TV, corporate network and mobile communications provider. Blue Origin will launch geostationary satellite for the company sometime in the 2021-2022 timeframe, Eutelsat said in a press release.

Bezos said that the company's overall goal is to reduce launch costs via reusability, much like SpaceX. New Glenn will come in two versions -- the one shown in the animation will be a two-stage vehicle that uses multiple BE-4 rockets. Blue Origin will also build a three-stage version that could launch the company's "Blue Moon" cargo lander to the moon. None of the rockets will take off until at least 2020, however.

The take-off, flight and landing sequences shown in the animation do bear a lot of resemblance to what SpaceX does, especially the part about landing on a barge. However, Blue Origin was actually the first company to land a reusable rocket, albeit a much smaller one, with the New Shepard. There are also some significant differences between the vehicles, most notably the aerodynamic control surfaces used to help guide New Glenn's first-stage in for a landing. Reportedly, that negates the need for a re-entry deceleration burn.

In this article: applenews, BE-4, BlueOrigin, Eutelsat_SA, JeffBezos, NewGlenn, Rocket, Satellites, science, space, TL17SPCSHP, video
All products recommended by Engadget are selected by our editorial team, independent of our parent company. Some of our stories include affiliate links. If you buy something through one of these links, we may earn an affiliate commission.