Volvo surprises with its stylish and quick S60 sedan

When you mention safety and cars, most folks bring up Volvo. For decades, safety wasn't (as the kids say) cool. But in a world with increasing amounts of cars on the road in dense urban areas teaming with motorcycles, bicyclists, pedestrians and fearless raccoons, having a car that aims to protect everyone is now the coolest thing you can have on the road.

While still known for safety, Volvo has reemerged as a luxury brand that's on par with what's coming out of Germany. Its latest offering, the S60 sedan (and V60 wagon variant), starting at $35,800, is ready to take on the 3 Series and Audi A4's of the world.

Like the XC40 SUV, the S60 will be available via Volvo's Care by Volvo "leasing" program. The subscription covers the vehicle, insurance, maintenance and roadside assistance for a single monthly cost without an initial down payment. After 12 months, subscribers can trade the car in for another vehicle in the Car by Volvo fleet, or after two years, they can walk away from their Volvo altogether.

It sounds great. At least that's what potential XC40 drivers thought when they surpassed the automaker's initial projections, and then the program was plagued with delays and regulatory issues with individual states. Volvo says it's learned from the growing pains of the XC40 launch and when the S60 becomes available, it'll be ready. 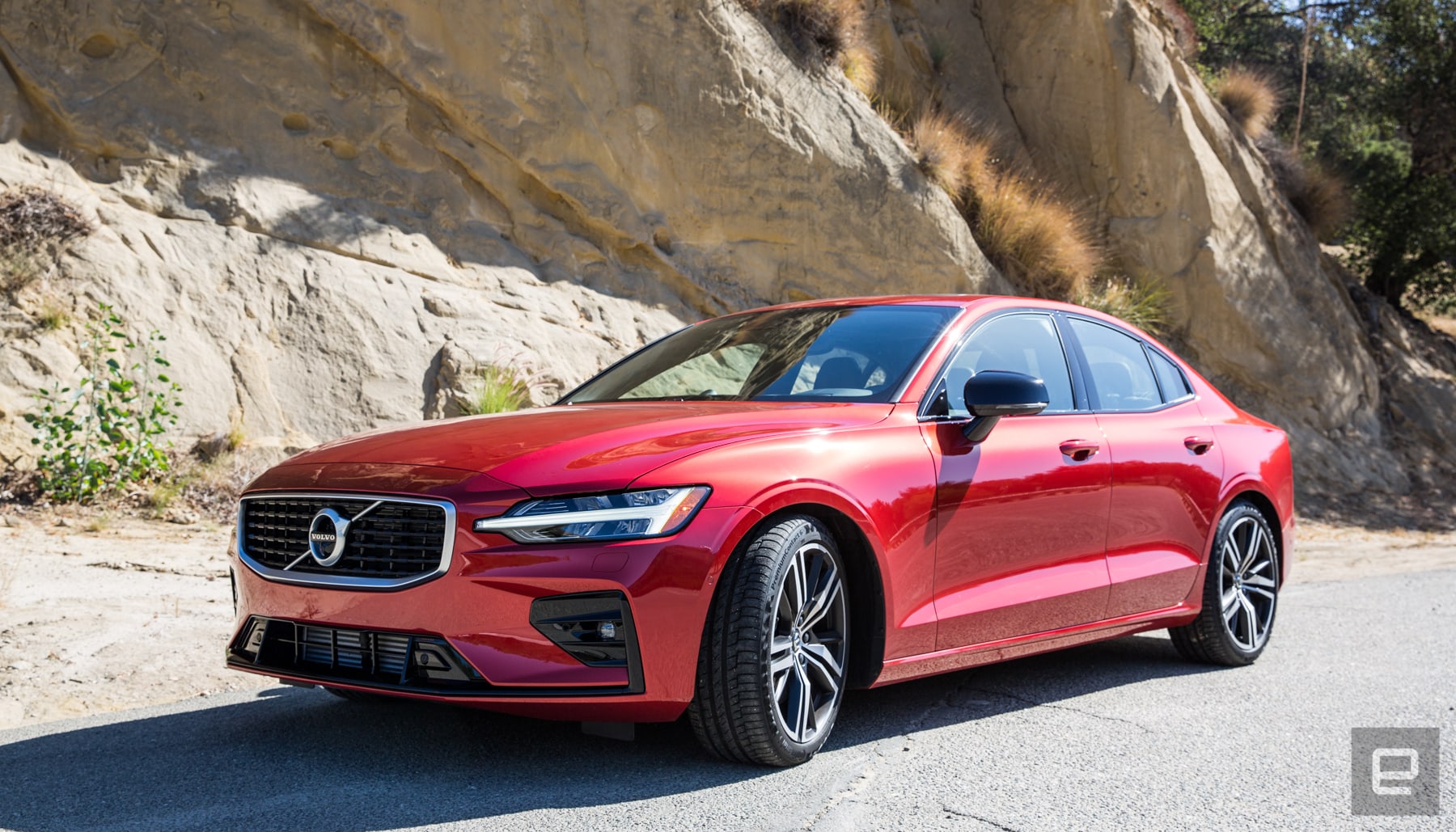 The S60, on the other hand, is primed for anyone looking for an entry-level luxury sedan. The vehicle keeps with Volvo's recent design language, including the Thor's Hammer LED situated in the headlights. That's really the only ostentatious item on the car, and even that's subtle by car standards. For the entry price, the stance of the car is aggressive, which should appeal to folks who want to be safe but also edgy. The rest of the vehicle, like fine Swedish furniture, is beautiful in a minimalist way.

The minimalism extends to the interior too. The wheel is devoid of any words and instead relies on the driver's history with Volvo vehicles or expects them to learn the feature of each button. Fortunately, the learning curve is shallow (there aren't too many selections to begin with), and within about 30 minutes, you're good to go. 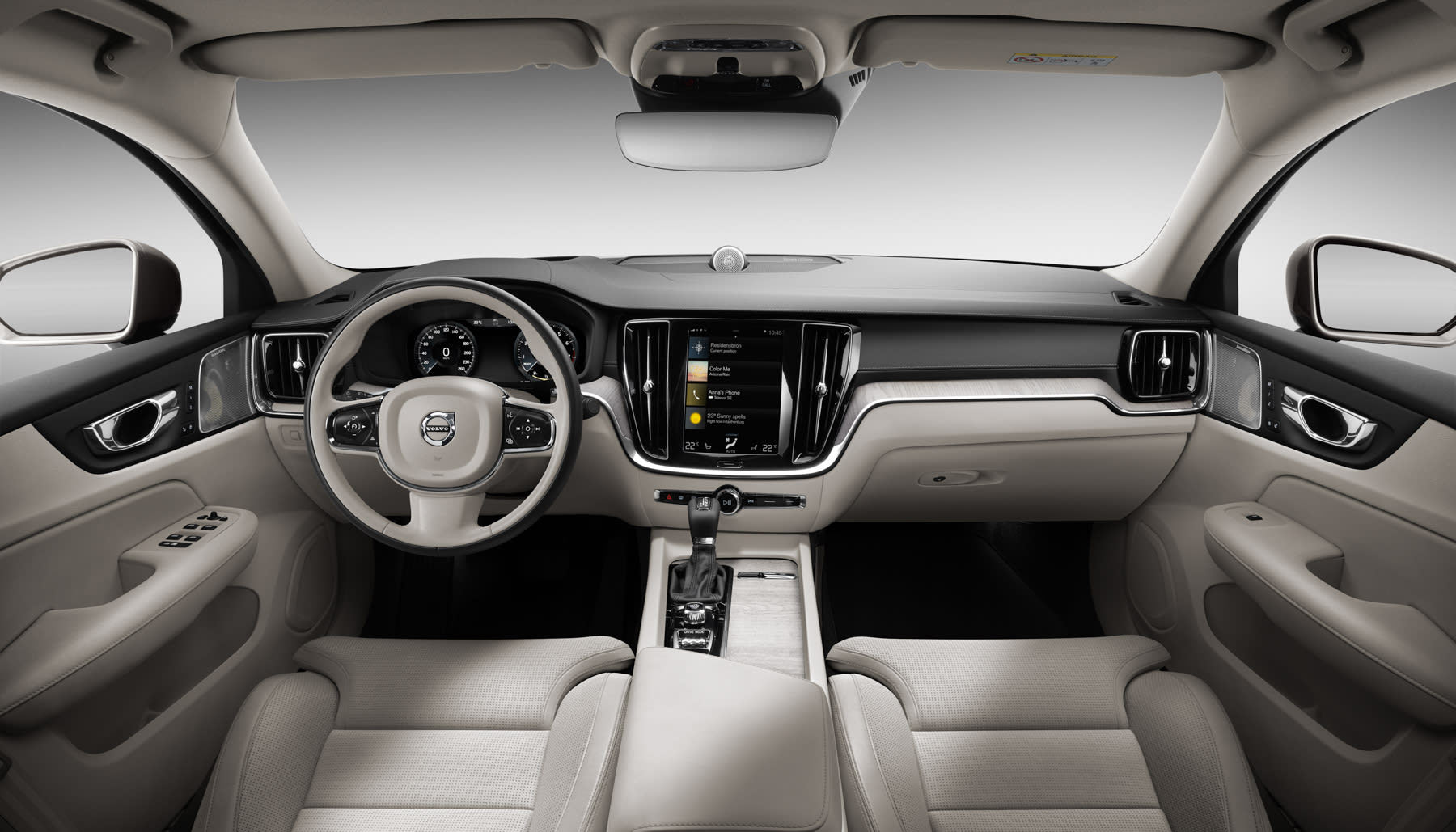 The infotainment is still the Sensus system. It's one of my favorites on the market, and it's been updated with a new processor that Volvo says speeds up response times by 50 percent. During my tests, it was quick with very little latency. It also still supports Android Auto and CarPlay without any additional cost. Plus, when either of those are enabled, thanks to the way the Sensus homepage is arranged (four vertical tabs), they don't take over the entire screen.

There are a few issues with the Sensus though. For example, when you swipe left or right to see additional options, it can be overwhelming due to the number of choices on a single screen. Still, Volvo took a chance by not recreating a tablet layout for its infotainment system, and to me, that gamble paid off. The result is a system that's like no other yet still delivers on the in-car control promise.

Behind the wheel, the S60 is a surprising sort of Volvo. It handles and accelerates better than I expected. Apparently, if you're going after the compact luxury sedans from BMW and Audi, you need to deliver the goods (luxury, speed, handling), and the Swedish automaker has pulled that off. 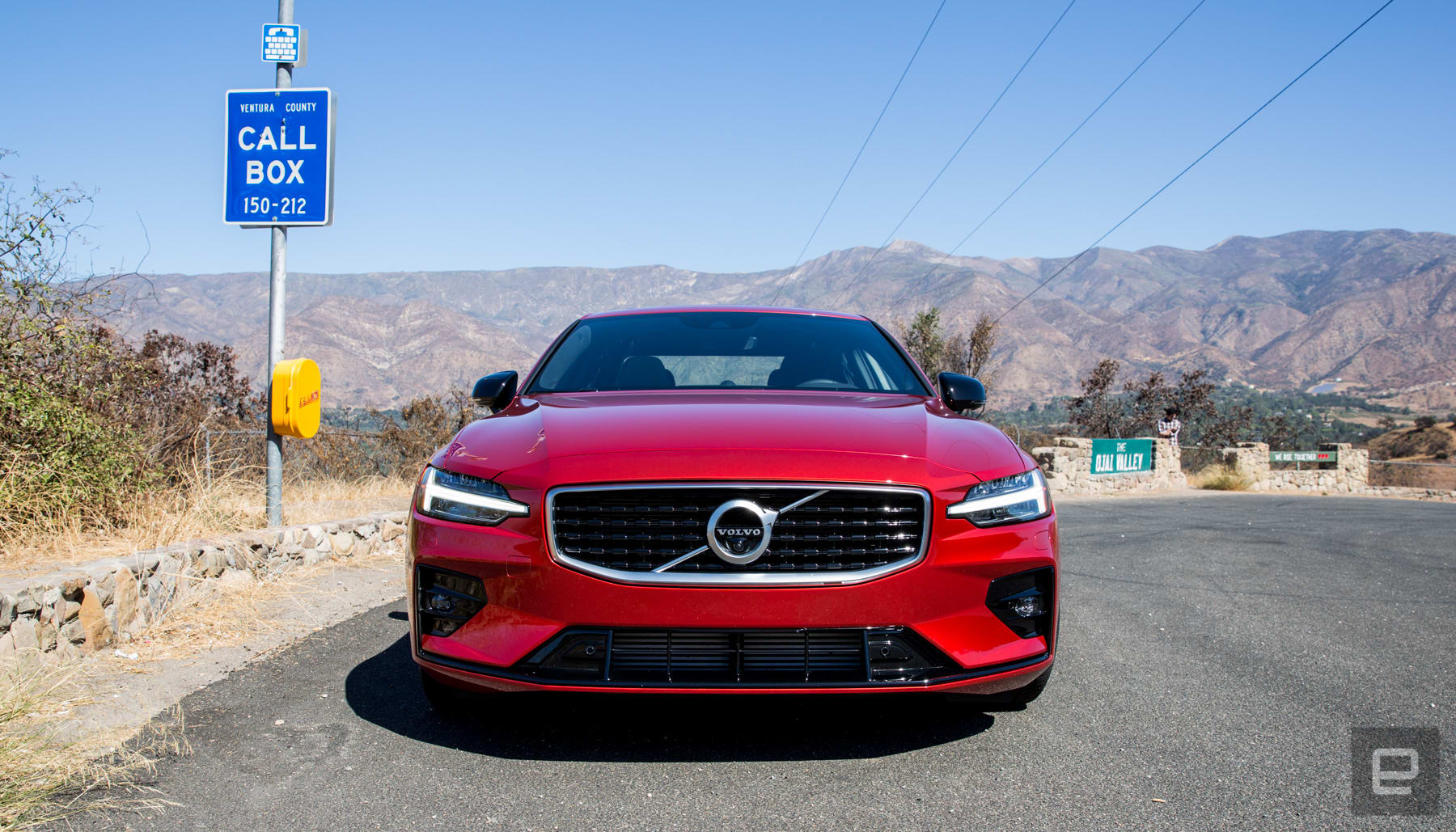 In switchback corners, the steering is tight for a car this size without being too twitchy. The car is equally at home on the meandering bends of freeways and on city streets. In all cases, I felt enveloped in luxury with just enough aggressiveness to quicken the pulse when you've wandered off the highway.

From a dead start, the acceleration suffers from a beat of hesitation, but once you're moving, a jab at the gas pedal rewards you with a satisfying bit of torque. The car is available in multiple engine configurations, from the standard T5 (Momentum model) with front wheel drive and 250 horsepower and 258 foot-pounds of torque to the exciting (if slightly excessive) Polestar engineered all-wheel-drive plug-in hybrid with 415 horsepower and 494 foot-pounds of torque.

In between those two extremes are the Inscription (luxury, starting at $42,900) and R-Design (sporty, starting at $41,900) trim levels. Within those are series of engine and drivetrain configurations that you can mix and match to serve your needs. 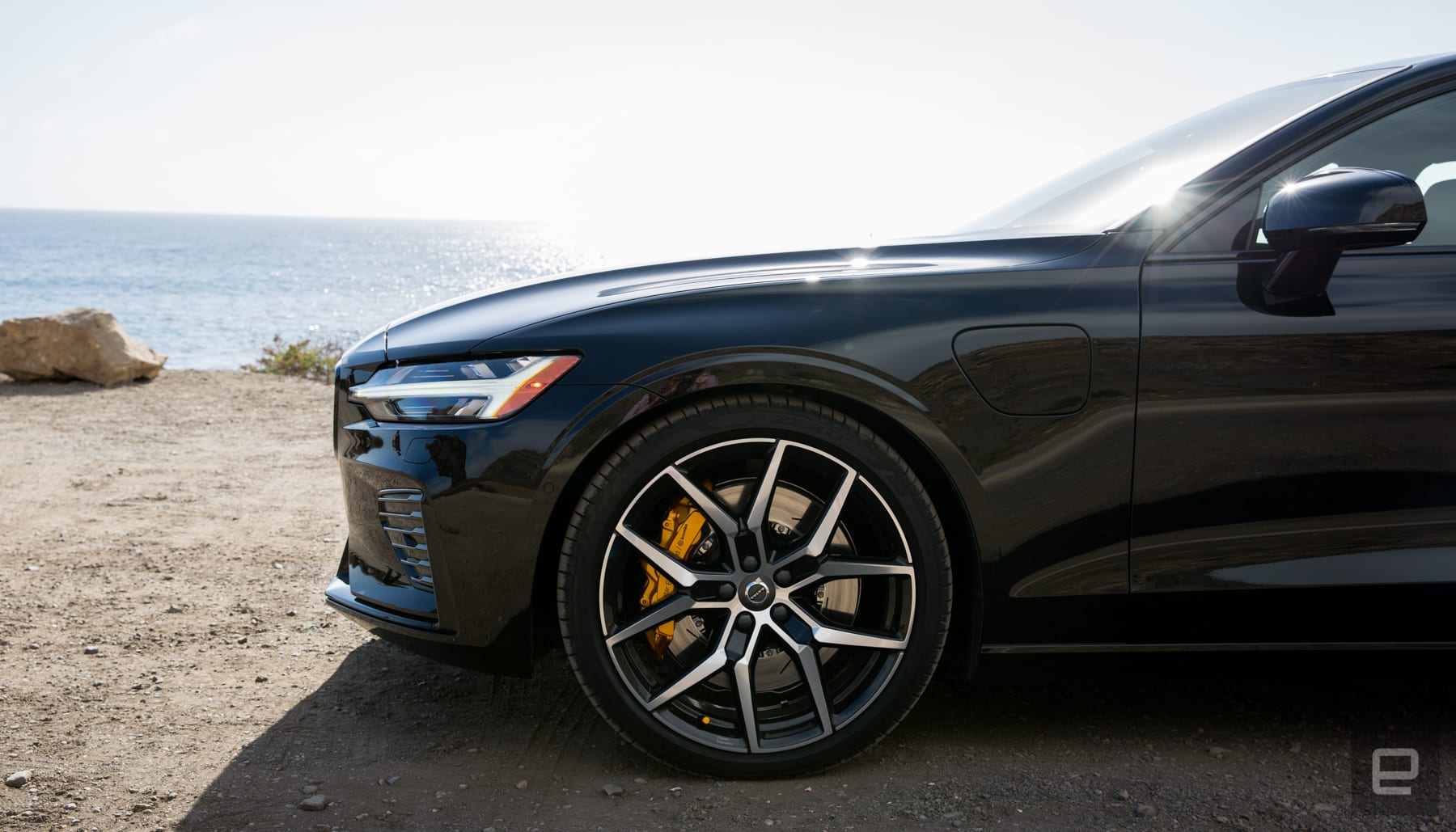 While the Polestar was mostly outstanding (the hybrid brakes were a bit touchy), it's only available via Care by Volvo, and the 20 that are going on sale are already spoken for. The R-Design was my favorite of the bunch though -- well, actually, the V60 R-Design specifically.

In addition to the sedans, Volvo is introducing the V60 wagon. According to the automaker, the cars handle almost exactly the same. We drove the sedan one day and the wagon another, so it's tough to judge the handling parity. I'm a fan of wagons, and the R-Design I drove offered sedan handling with all the room (and roof-luggage space) of a wagon. It's like an SUV but without feeling like you're driving a small bus. 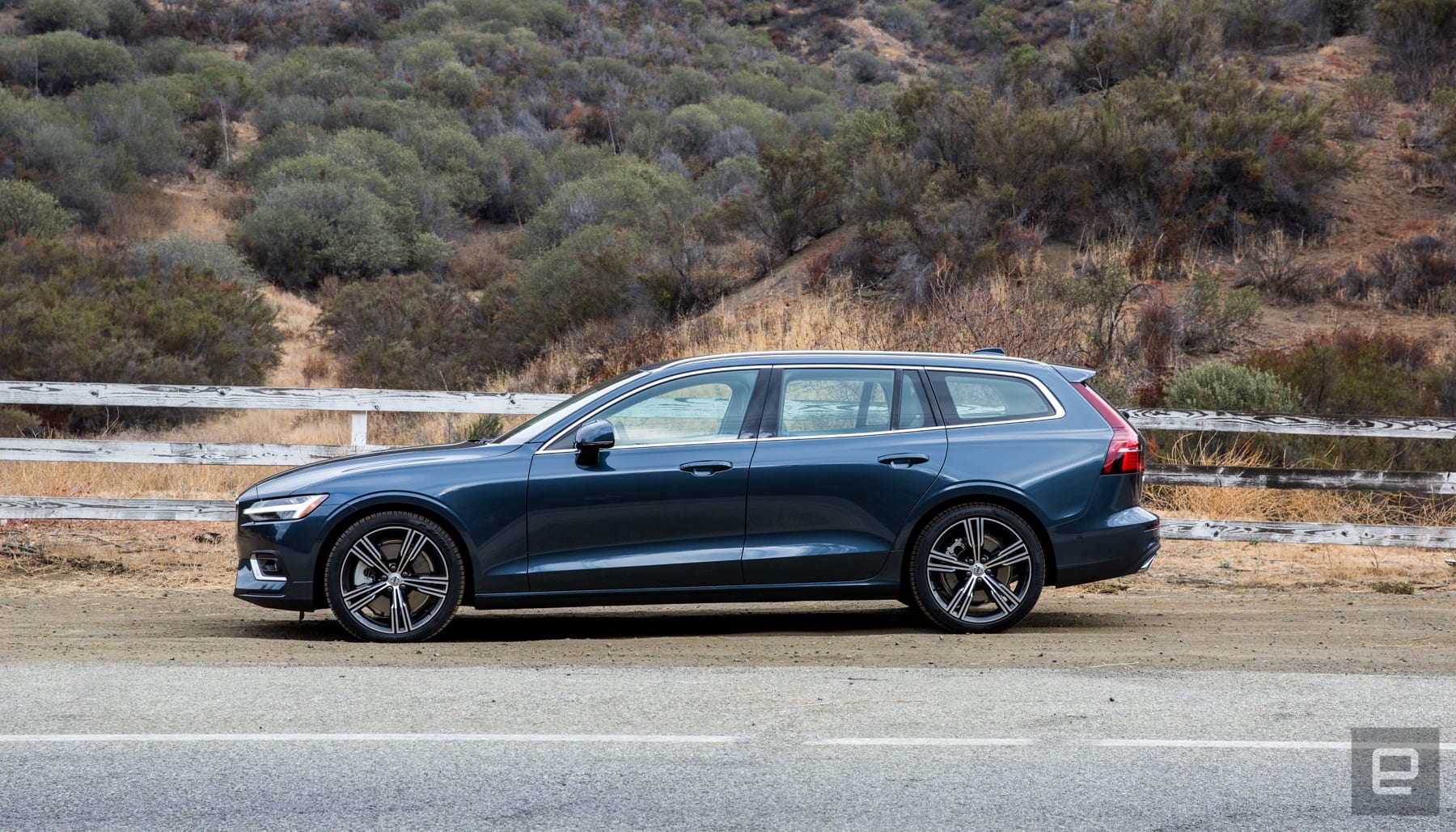 All the vehicles have the option of Volvo's driver's assistance suite, Pilot Assist. According to Volvo, the semi-autonomous system has been improved, and during my tests, I have to agree with that. The lane-keep assist did a better job centering the car, and I had zero issues while driving. It also did a splendid job keeping track of the edge of the road, something other systems can have difficulty with. Meanwhile the adaptive cruise control (ACC) handled Pacific Coast gridlock like a champ. The S60's ACC was smooth during takeoffs and stops, like Mercedes-Benz level smooth when handling stop-and-go traffic. Kudos to Volvo for pulling that off.

Even if you're not a fan of wagons, the Volvo S60 is a wonderful addition to the compact luxury sedan market. It's also Volvo's second car in the Care by Volvo subscription service: The entry-level Momentum will set you back $775 per month while the R-Design will push that subscription up to $850. The cars should start showing up in dealers at the end of this year while the V60 wagons (no pricing available yet) will appear in the US in early 2019.

Whichever you choose, you'll be happy to know that while Volvo still stands for safety, right now it stands for luxury, sportiness and a company ready for the next chapter of its rebirth, electrification, too.

On occasion Engadget will accept travel and lodging from auto manufacturers to test-drive vehicles not yet available for review from a local fleet. We do this to make sure our readers have the latest information about new vehicles. This is standard practice in the automotive-journalism world. This in no way colors our editorial coverage of the vehicle or of the automaker themselves.