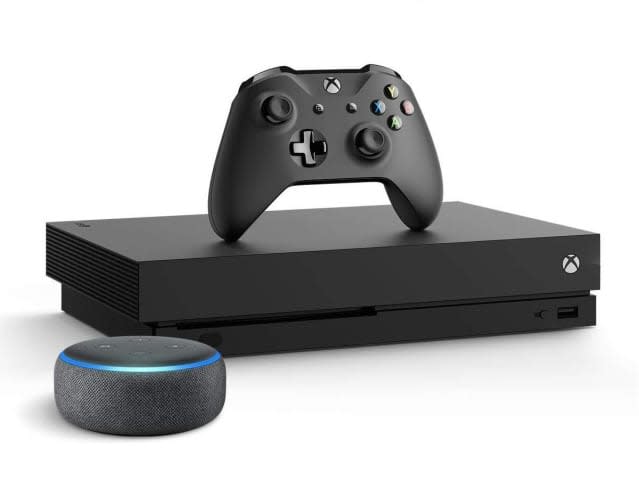 Amazon's previously-announced combo offer to anyone in the market for an Xbox One is now available. Buy a brand new system, either the entry level S or 4K-capable X model, and get both NBA 2K19 and an Echo Dot for free. Both the game and the Dot retail for $60 and $50 respectively, giving you a $110 savings. As with many promotions this deal will only be available while supplies last.

This deal comes after Microsoft announced new Xbox integrations with Alexa and Cortana. The features allow users to use Alexa to turn the console on and off, adjust volume, launch games and apps, start and stop Mixer broadcasts and capture screenshots all through voice.

This isn't the only Xbox deal right now, however: GameStop is offering a generous trade-in deal for an Xbox One X State of Decay 2 bundle. Trading in the original Xbox One will net you $200 in trade-in credit, while the Xbox One S, PS4, and Switch will net you $250. The highest value comes from trading in a PS4 Pro, giving $300 in credit.

In this article: alexa, amazon, bundle, cortana, deal, echo, echodot, free, gadgetry, gadgets, gaming, gear, microsoft, nba2k19, xbox, xboxone, xboxones, xboxonex
All products recommended by Engadget are selected by our editorial team, independent of our parent company. Some of our stories include affiliate links. If you buy something through one of these links, we may earn an affiliate commission.