We’re all more ready for a "Facebook killer" than ever.

When Google+ launched in 2011, people were already fed up with Facebook -- and Google was still cool. After Plus' closed invite garnered significant consumer desire, everyone's hopeful "Facebook killer" nabbed a sweet 300 million active monthly users by 2013 (by comparison, Twitter had 230 million).

No one could have predicted that on a random Monday seven years later, the tech giant would hang its head, admit a middling API-access privacy hole and the existence of tumbleweeds on the service, and then announce it was shuttering Plus to the public.

So what the hell happened?

As I said, people were already fed up with Facebook. By 2011 it had allowed apps to access personal user data, its privacy changes made private info public, "friends only" sharing was found to be a lie, it wasn't verifying app security, it kept content from deleted profiles accessible, it lied about complying with Safe Harbor -- all broken promises that Facebook acknowledged when it settled with the FTC in 2011 over its "unfair and deceptive" privacy claims.

Facebook was also aggressively "real naming" its users during that time, forcing them to upload ID to keep their accounts and then changing their public names without consent. For instance, the company nonconsensually changed Salman Rushdie's name to Ahmed Rushdie, which is what's on his passport. Oh, and it took two months, 186 thousand signatures and a furious Twitter campaign to get Facebook to remove its pro-rape pages.

Amid all this, Google had been paying attention. Capturing everyone's disgust and fear wasn't hard, and it designed a refreshing response to Zuckerberg: Whereas Facebook forced human relationships to suit ad targeting, Google+ built its core functionality around Circles, which recognized that in reality, relationships aren't asymmetrical. Anyway, it was a clean UI, easily searchable, and photographers loved it because images looked great. Google launched a suite of privacy tools alongside it, Hangouts were a hit (hardware hackers and teams loved them)... and it wasn't crammed with ads.

But then its momentum ran face first into a plate glass window.

Plus made three critical mistakes. For starters, it copied core features of Facebook that people wanted but left out events -- which was a huge reason many people felt they had to stay with Facebook. 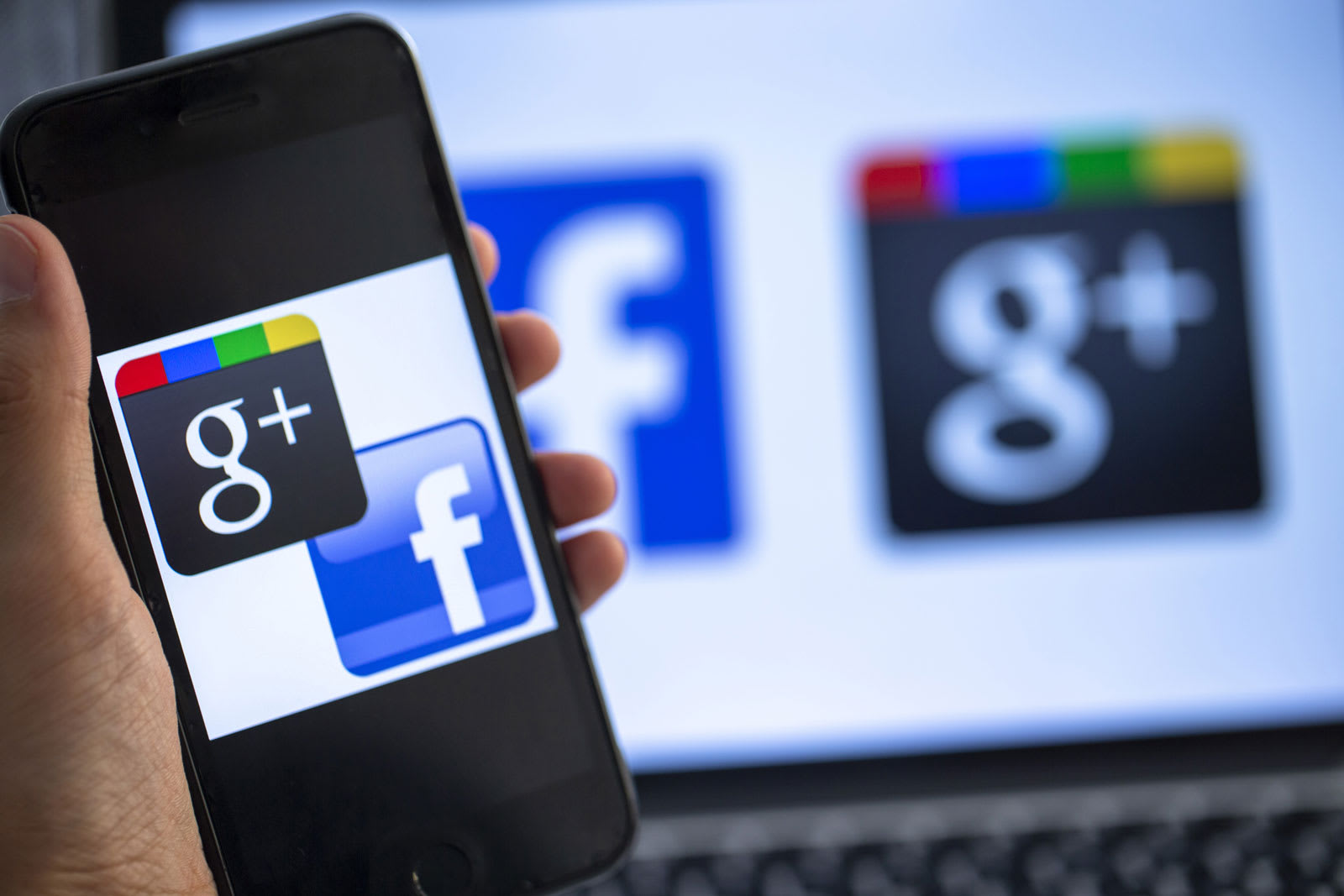 Next, after there was mass adoption, we found out it copied things from Facebook people absolutely hated. Like a very conservative NSFW policy -- on its own enough to keep a lot of people from feeling safe to participate on any network. The big FU to users was a "real names" policy and forced outing of legal names. (You'd think it would've inherently understood this by way of Circles -- that we are literally different people in different parts of our lives, and this is a core concept of privacy.)

As part of this policy, shortly after welcoming everyone to its new social network, Google+ quietly embarked on a sudden mass account purge of everyone it had decided wasn't using a "real name." The culling of Google+ user accounts included well-known tech figures, regular folks, people with special or non-English characters in their names, stage names and author pseudonyms, and, of course, LGBTQ people. Even ex-Google employees were suspended.

Some reported getting locked out of everything owned by Google, including docs and Gmail -- and this terrifying threat of service loss spread like wildfire. Even though I was the reporter who broke the story of Google's "real names" account purge (and yes, it's my real name), I found myself locked out under the "real names" policy.

It takes a remarkable amount of antipathy to out people or cut them off from vital services in the same year Egypt was found to be cutting internet and cell access to citizens in order to engage in a brutal, violent crackdown against pro-democracy demonstrators. It never bothered Facebook, but we expect it to be a monster. But that's exactly what Google+ head honcho Vic Gundotra (not his "real name") did by defending and doubling down on the Plus policy.

The final nail in the coffin was that Google+ was then shoved down the throats of every user of every single Google service. To use anything, even make a Gmail account, suddenly you also had to have a Plus profile. The implementation was a disaster, especially when Google changed its YouTube property to only allow comments from Google+ accounts to bring it in line with the "real names" policy, thus de-anonymizing commenters. YouTube accounts and their millions of subscribers were now all talking about how much they hated Plus.

Google+ eventually relaxed its policies and Gundotra left the company in 2014, but it was too late. The social network still had active users -- not just Google employees, as many joked -- yet after the initial drama convinced users it was more like Facebook than not, it became known as a place where no one really hung out.

Despite that, the people who stayed with Google+ ended up loving it. They cherished that it was Google's orphan child. They loved its lack of ads and hoped Google would just leave it be.

So it may be tempting to believe simplistic headlines telling us that Google's admission of possible API-access overreach of private-profile data this week is what killed Google+. To be fair, it was refreshing to see Google admit usership was low. 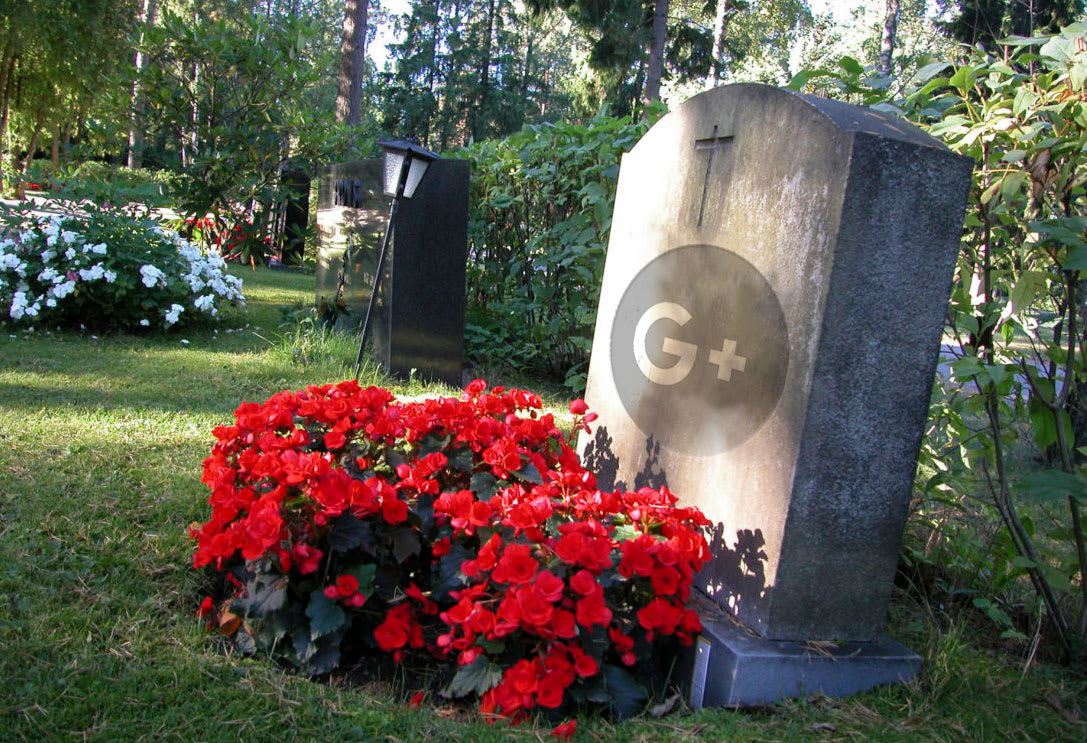 Still, I'm sure it's not what killed Google+.

In consideration of all the early (and sometimes breaking) coverage I did of Google+'s bad behavior, some might expect me to take pleasure in the demise of the social network. Except there's no pleasure in this at all. Instead it's a feeling of deep and profound disappointment.

Think about it: seven years ago -- seven! -- we were already at a loss, thinking about what horrible thing Facebook hadn't done to us yet. Everyone hated that it was a darknet, a black hole that sharing went into and never came out of: We were always at the system's capricious and occult mercy. We weren't naive about Google's business model; we were just hopeful.

But tech, always being ahead of the curve on most things, had reached the end of an era. It was no longer an age of companies and passionate teams making things that people loved. Google particularly stuck a fork in it by ignoring user boundaries. It then twisted the knife by killing Reader (setting in motion the current problem of news feeds and their manipulation to harm society and culture).

Everywhere that people are talking about the ending of Plus, they can't help but wonder if the now-abandoned effort and money that went into Plus could've been used to keep Reader (and its millions of users).