Palm is back (sort of), and it built a tiny smartphone sidekick

But does anyone need a second phone like this?
C. Velazco|10.15.18
@chrisvelazco

When HP unceremoniously shut down Palm in 2011, it felt like the end of an era. The PDA and smartphone maker's glory days were in the past by then, but it developed a string of hits in the late 90s and early 2000s, and few names in the industry inspired as much zeal and loyalty as Palm Inc. did. To a die-hard community, losing the company was a blow. 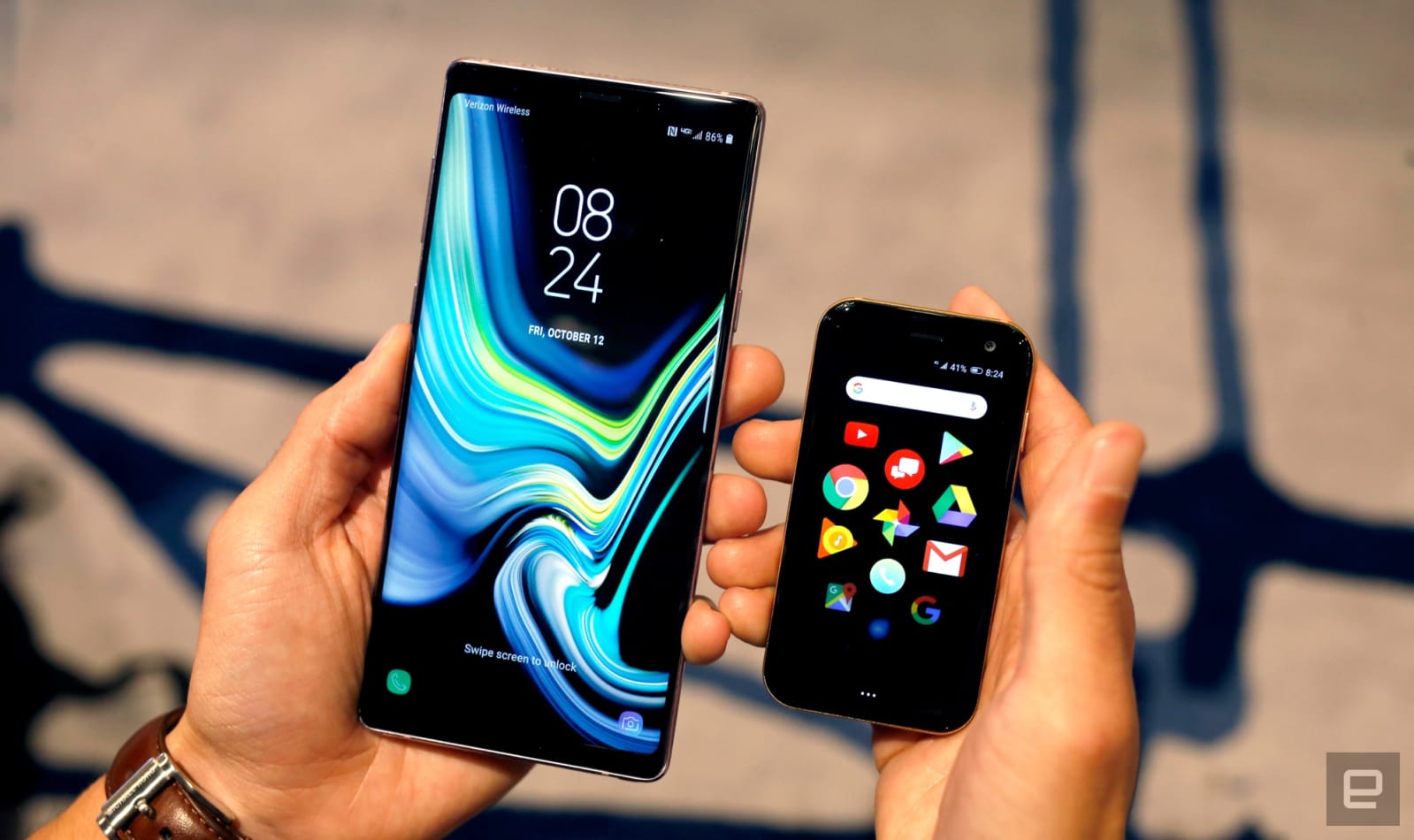 Well, now it's back — sort of. A startup out of California now uses the Palm name, and it's serious about breathing new life into the brand. Unlike Palm circa 2010, though, the new team isn't trying to go up against the iPhones and Galaxys of the world. Instead, its first smartphone — known simply as the Palm — is a minuscule device you're meant to carry around when you don't want to bring your main iPhone or Galaxy along. Here's the question, though: Can a smartphone company find success when all it aims to do is build a sidekick?

That we're even considering a question this strange is a testament to the fact that the new Palm has basically nothing to do with the old one. In a past life, founders Dennis Miloseski and Howard Nuk were design VPs at Samsung, and when they started hunting for a hardware maker to help produce the tiny phone of their dreams, TCL agreed and offered them use of the Palm name. (Remember, the Chinese company acquired the trademark from former owner HP a few years ago.) From then on, the job wasn't just to build a curiously small smartphone — it was also to revive and modernize of mobile history's once-great brands. That's a very tall order, especially for such a weird little device.

The Palm packs a 3.3-inch LCD display that's surprisingly sharp — it has a 445 PPI pixel density, putting it in the same ballpark as devices like the iPhone XS Max where clarity is concerned. It runs Android 8.1, though Palm was careful to paint over it with a clean interface full of big, round app icons that's more than a little reminiscent of the Apple Watch's. (Coincidentally, Miloseski and Nuk ushered a handful of impressive Samsung wearables to market, so it's no surprise the Palm feels kind of like a blown-up smartwatch.) Press and hold on an app icon and you'll see a handful of shortcuts to app-specific actions take over the screen. This is pretty typical Android behavior, sure, but Palm deserves credit for adapting the platform's shortcuts in a way that truly seem helpful on this small screen. 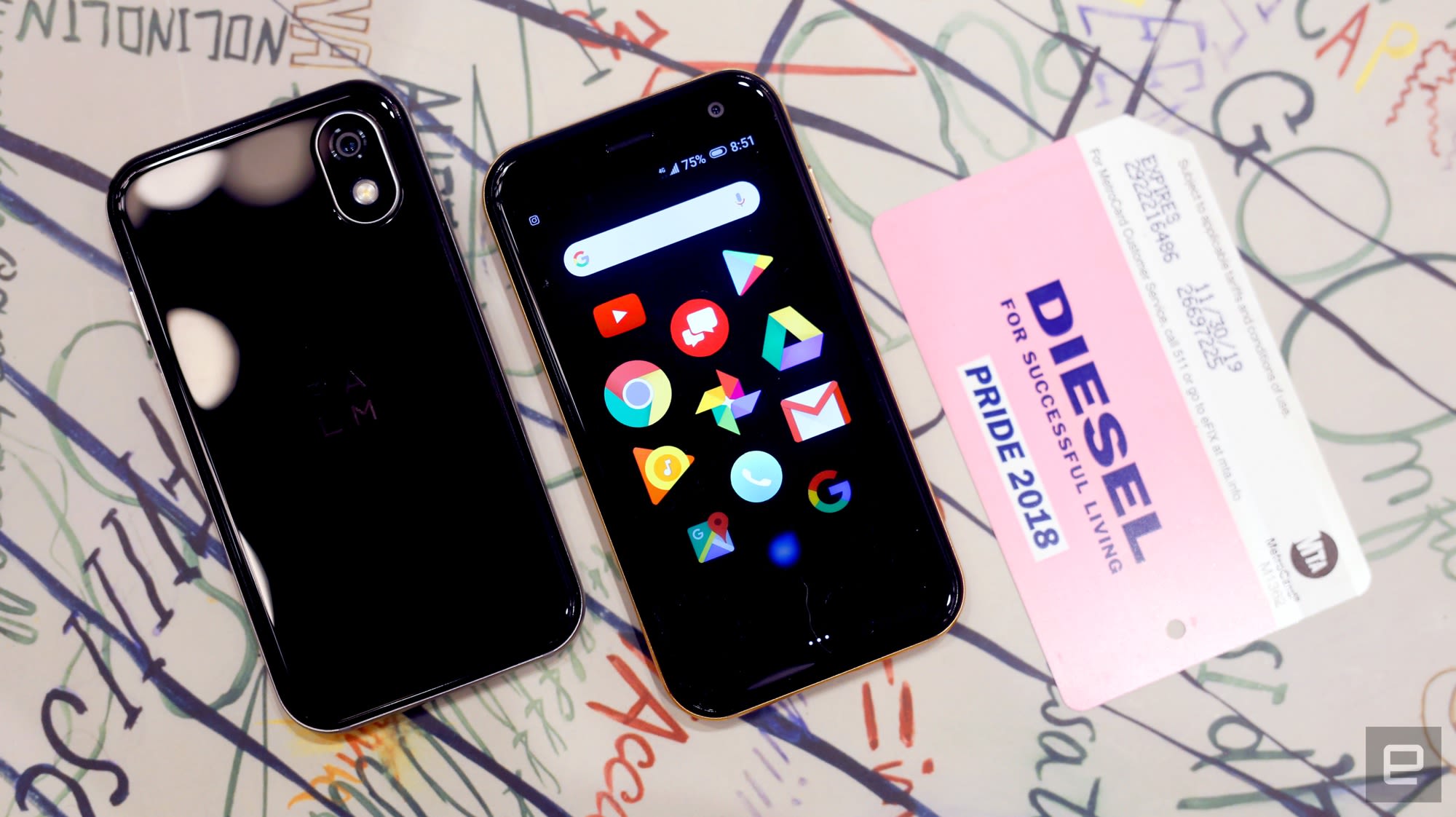 I have decently large hands, and when Miloseski offered me his Palm to play with, I was stunned by how well optimized the software was for a device this small. Of course, all the clever design choices in the world couldn't hide the fact that I ultimately was just using a tiny Android phone. The turning point came when I opened the Play Store — Google likes to cram lots of information into each page and just trying to read it all felt a little tedious. Apps like Instagram worked much better since you're not generally not doing much more than taking in a single image at a time, but tapping just the right comment was a bit tougher than I expected. (That said, the Palm's 12-megapixel rear camera churned out some almost startlingly nice photos, so it's better for Instagram than you might expect.)

And typing on this thing? I'd try to avoid it if I were you. It's definitely doable with Palm's customized Fleksy, especially if you have modestly sized hands, but it got old pretty quickly. Thankfully, double-tapping the power button wakes up Google Assistant, and using that to fire off messages was much easier than pecking something out on a small display. 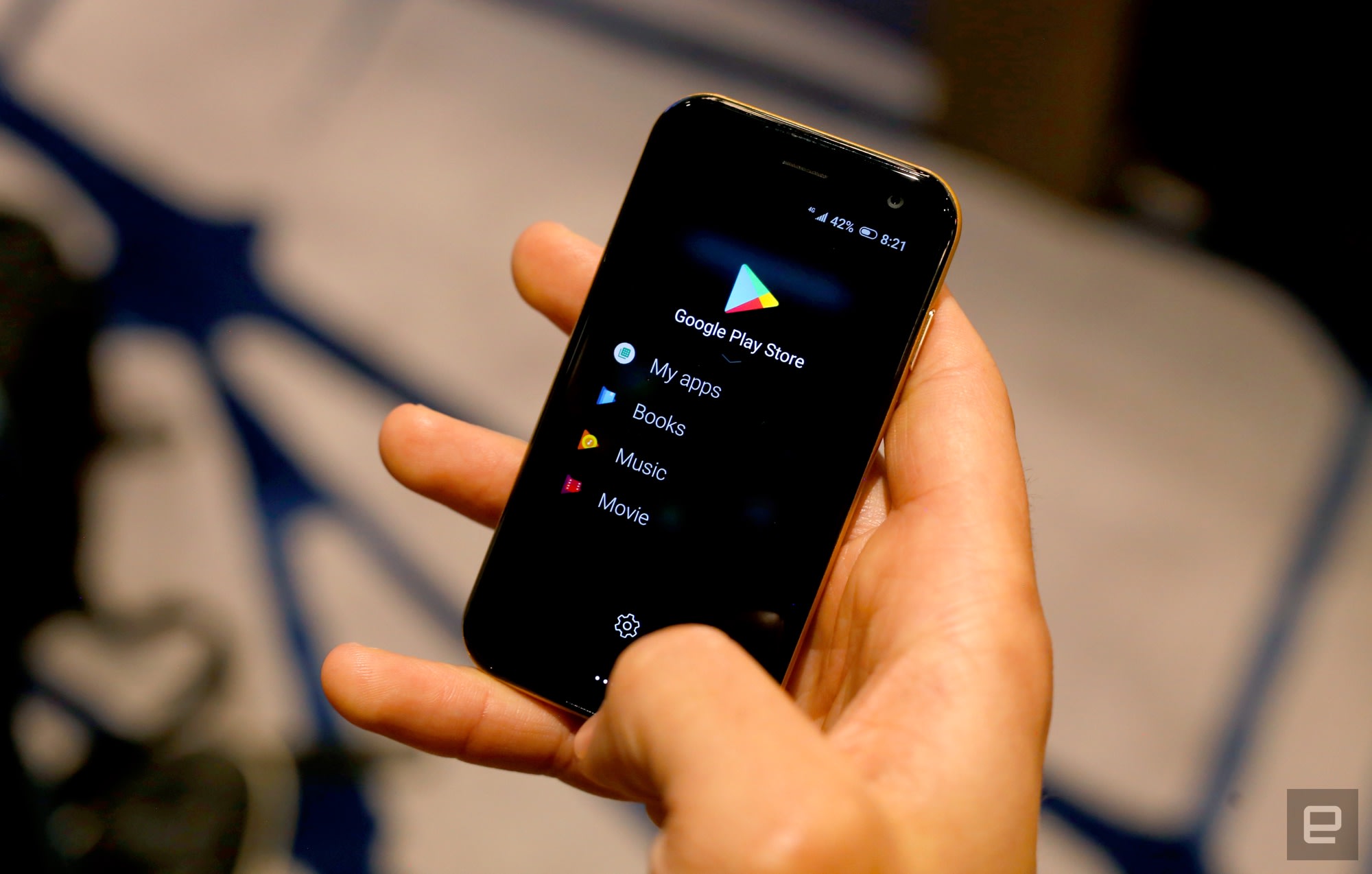 The Palm is a beautiful little thing, crafted from aluminum and Gorilla Glass 3, but I couldn't imagine using this thing all day. To be clear, you're really not supposed to. For one, its octa-core Snapdragon 435 chipset with 3GB of RAM is probably a fair bit slower than whatever's powering your main phone, so the sort of multitasking you might be used to could be a little difficult here.

It isn't meant to have its own phone number, either. For now, at least, the Palm is a Verizon-exclusive, and it uses the carrier's NumberShare service to sync your messages and notifications between your main phone and this thing. That's great if you want to go for a bike or run a quick errand without your phablet. It's decidedly less great that iMessages you received on a NumberShare-enabled iPhone won't get routed to the Palm. That might sound pretty "duh," but Palm is pitching this tiny Android gewgaw to iPhone users too, so keep that in mind.

And beyond that, there's the whole battery thing to deal with: there's a sealed 800mAh battery tucked away inside, which Palm claims will last about 8 hours on a single charge. You can extend that battery life a bit with a feature Palm calls Life Mode, which — as the name sort of suggests — is meant to help you disconnect when needed and focus on what's happening in front of you. 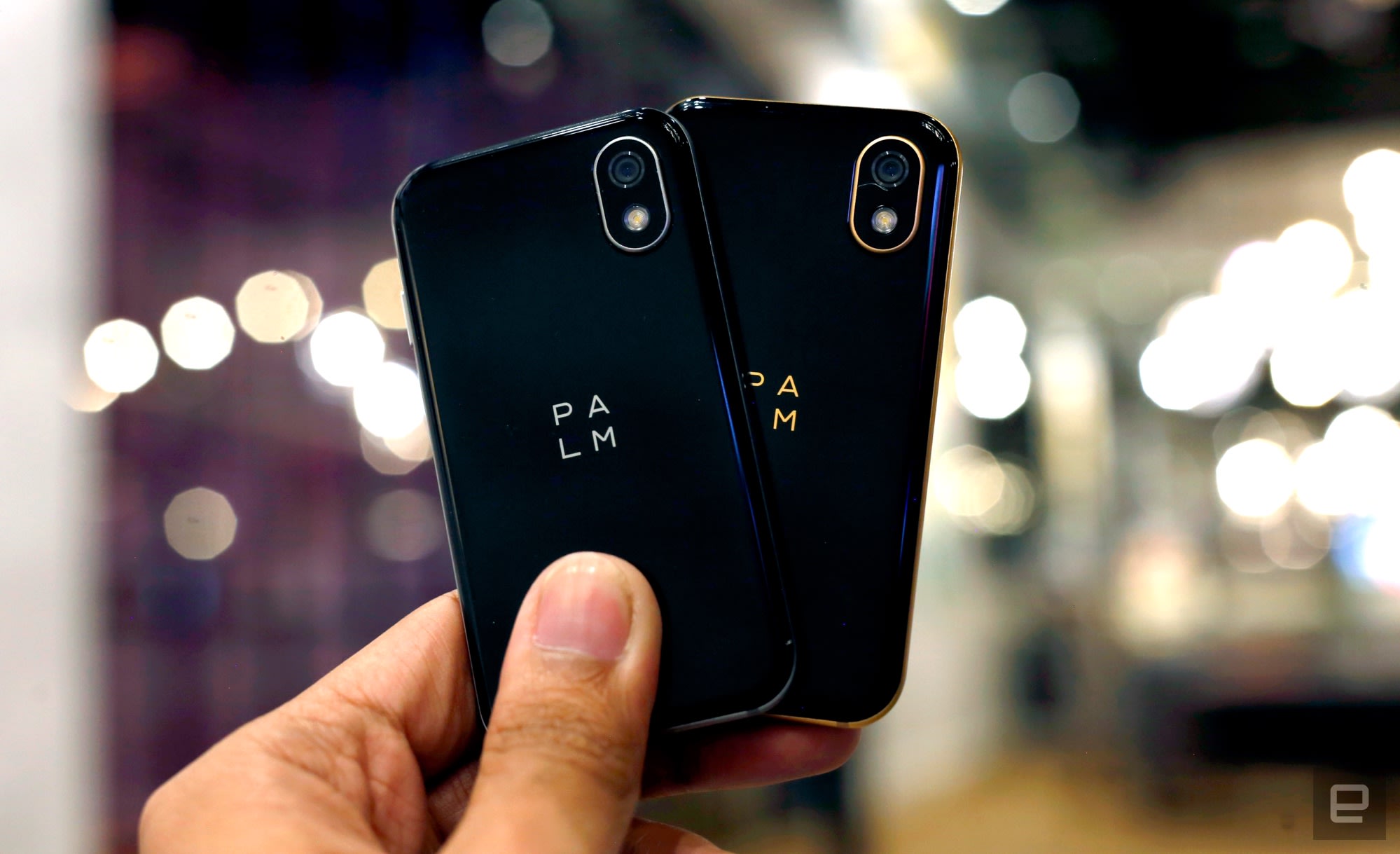 Once it's on, you won't receive calls or notifications while the Palm's display is off. That's not because the phone is actively managing them, either: it's because the phone's wireless radios are actually completely off. (This won't kick in when the GPS is active, or if you're already on a call.) Miloseski said Life Mode extends the Palm's battery to an entire day, and that some of the phone's early testers got even more than that. There was no way to verify that after a little hands-on time, but we'll be the judge when the phone starts shipping.

If nothing else, I'm impressed with the chutzpah on display here. Most hardware makers would — and have — shied away from building devices that were meant specifically to supplement the bigger, better phones we already carry with us. The new Palm's insistence that we don't really need the high-powered phones we lug around with us everywhere rings true (for me, at least), and I can see the allure of a life where I don't need to be staring at my massive phone screen all day. Palm is a classic brand, and for now at least, the new guys in charge seem to be pushing the right kind of retro. Whether that's enough to stage a comeback will take some time to figure out.