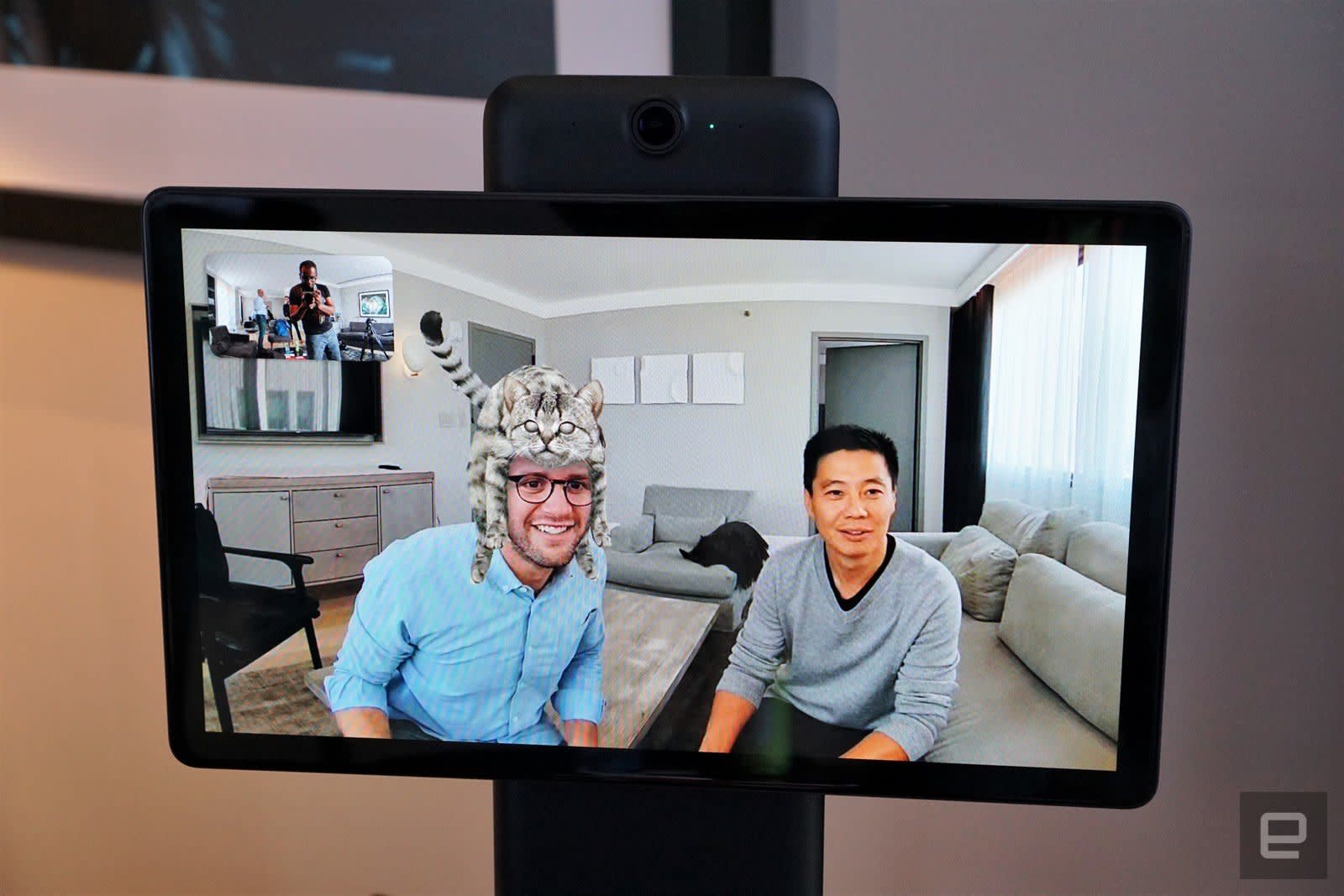 Facebook's Portal cameras might just be the start of the company's plans to bring video chat to your home. Cheddar sources claimed that the social network is making a "camera-equipped device" that brings video chat and streaming services (including Facebook's own) to your TV. Nicknamed Ripley, it's tentatively slated to launch in spring 2019. A Facebook spokesperson declined to comment.

The hardware wouldn't be a stretch. As clever as Portal may be, a large part of that $199 starting price likely comes from the display. Why buy another screen for your home when there's a giant one sitting in the living room? It's not a novel concept, either, as we've seen more than one attempt to bring video chat to TVs.

As it is, this may represent Facebook's best bet on expanding its hardware plans beyond Oculus. Cheddar's tipsters said that projects at Facebook's Building 8 lab aren't all that close to becoming practical realities. The brain interface device (nicknamed Edgefield) is still in the "early stages" with about a dozen people involved, while an armband that turned sound into vibrations has been "shelved" due to development trouble. Portal is a simpler, more grounded product with a relatively broad appeal -- it only makes sense that it would be one of the first devices out of the gate.

In this article: av, camera, facebook, facebookmessenger, gear, messenger, portal, ripley, TL18CHAT, tv, videochat
All products recommended by Engadget are selected by our editorial team, independent of our parent company. Some of our stories include affiliate links. If you buy something through one of these links, we may earn an affiliate commission.