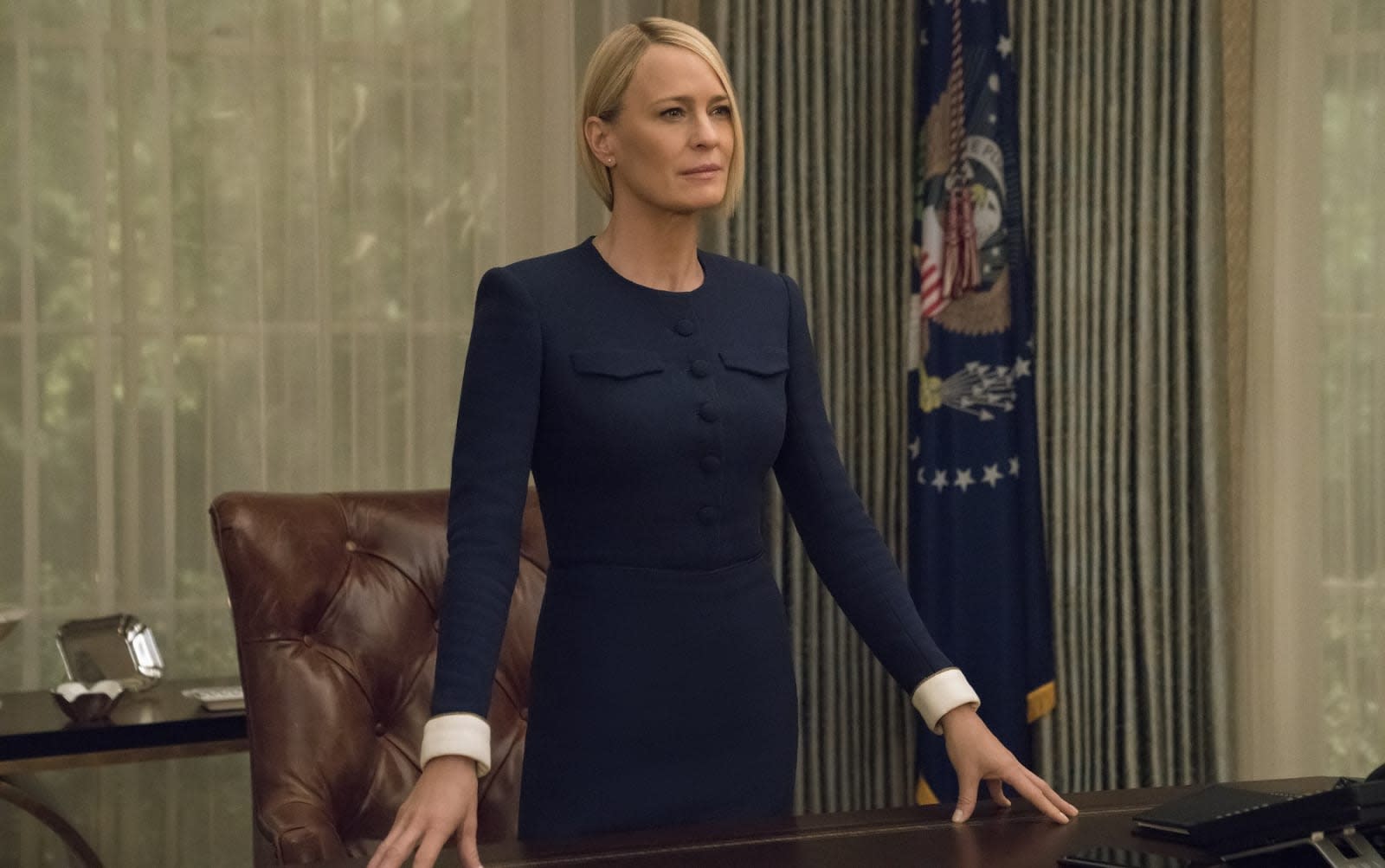 Three months ago, Netflix failed to meet its own prediction for worldwide subscriber growth, so there are a lot of eyes on today's results. Since then it's announced that CFO David Wells is leaving, snapped up property in LA, announced a new production studio in Albuquerque and continued a torrid pace of releasing original content. For the third quarter its subscriber additions were well above its internal prediction, with worldwide growth of 6.96 million compared to the projected 5 million. Now it predicts it will grow by another 9.4 million customers in Q4, with most of the new subscribers coming from outside the US.

In its earnings letter (PDF), executives referenced the projections by saying that starting next year, they will only provide guidance on the number of paid memberships without including free trials, which are harder to predict. Then in 2020 it will stop reporting the numbers on free trials altogether.

One curious focus in the letter is Netflix's claim to provide a "launching pad" for young new stars like rom-com veteran Noah Centineo or Millie Bobby Brown. As proof it provided this chart laying out the number of Instagram followers for a number of young stars before and after their Netflix projects debuted. While it may not mean much to viewers, it may indicate the service's pitch to talent it wants for a movie or series or stand-up comedy special -- with its worldwide platform they can become famous faster via streaming than other, more limited release options.

Speaking of romantic comedies, Netflix said that of its "Summer of Love" flicks released this year, more than 80 million customers watched at least one, and that To All the Boys I've Loved Before is "one of our most viewed original films ever with strong repeat viewing." As a result, the company says it's preparing another set of flicks in the genre.

That stable of original content and ability to promote new stars will become even more important as competition increases. News of Warner's upcoming offering, as well as the Marvel and Star Wars content headed for Disney's unnamed streaming service mean the marketplace will get more crowded, but Netflix has an audience and a solidly-stocked library right now. We'll check out the earnings call video when it's posted 6 PM ET and update this post with any notable information.

In this article: business, earnings, entertainment, financials, netflix, q3, q32018, services
All products recommended by Engadget are selected by our editorial team, independent of our parent company. Some of our stories include affiliate links. If you buy something through one of these links, we may earn an affiliate commission.